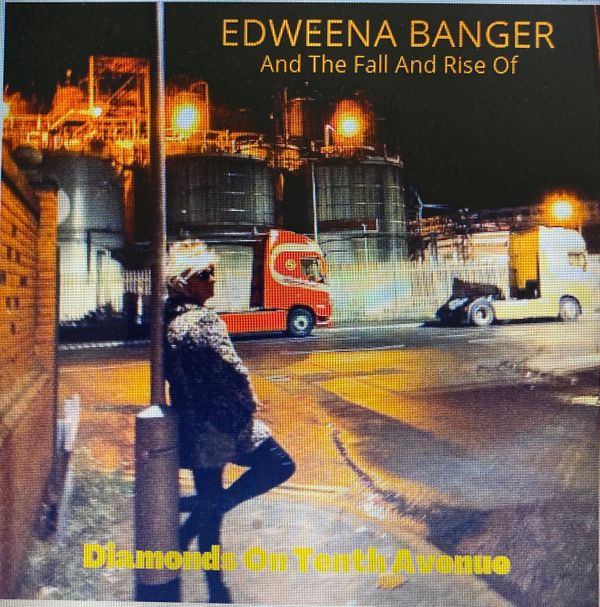 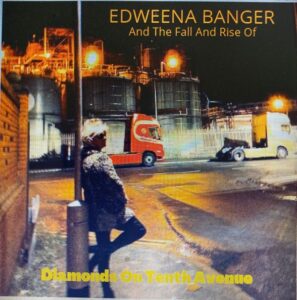 Nosebleeds frontwoman releases her glamtastic solo album. Unsurprisingly with a subtitle such as And The Fall & Rise Of, this release sees her in full Bowie tribute mode.

If its not too much of a cliché to use, sex, drugs & rock and roll all feature heavily in themes across this album. I hear this it as partially autobiographical, and in no small way a tribute to the influence of Bowie (as was the case with another former member of the Nosebleeds) on Edweena and her music blending in her punk roots and add lashings of glam charisma to proceedings

The latter theme is apparent in bucketloads on this album, with all tracks swathed in a glam pop/punk sheen. Some tracks, such as the title track and Wam Bam Thank You Mam taking on the sleazier edged punk glam/12 bar blues of the Heartbreakers. The second of these condensing my earlier cliché into one song and borrowing the born to lose phrase from Thunders and Co. Another of the these glam punk highlights is Be Who You Wanna Be, a song I imagine is partly a personal statement from Edweena.

Elsewhere, the direction goes down the poppier route with the likes of Funny Girl, funnily enough lyrically retaining drugs “hey there funny girl with the powder up your nose” and sex “You’re round the back of the nightclub with your knickers in a spin” in its themes. Bowie vocal inflections abound on this and songs like Midnight Queen, which also channels the swagger of Bolan.

If you grew up loving the New York punk scene of the late seventies and glam era Bowie you’ll enjoy this album.