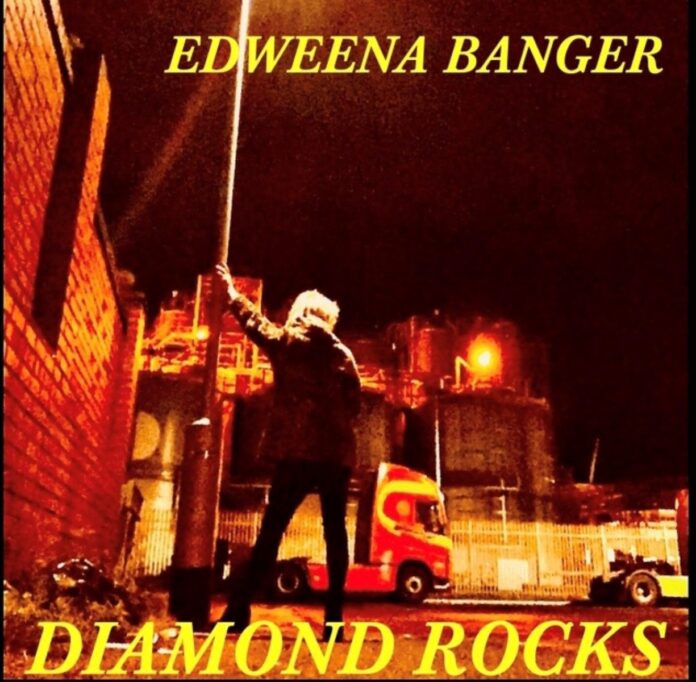 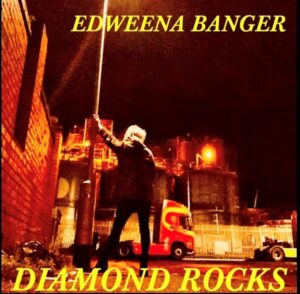 Edweena Banger finally releases her glam rock odyssey, Diamond Rocks which is out tomorrow 24th December. As well as being a guest on my Louder Than War Radio show in early December, I interviewed her back in 2017: on the eve of a new Slaughter album.

A stalwart of the UK punk scene in the late ‘70s, Ed Banger aka Eddie Garrity, was lead singer and frontman of Manchester punk band Ed Banger & The Nosebleeds, which also featured a young Vini Reilly on guitar and future Primal Scream drummer Toby Tolman. The band imploded quickly after their first single Ain’t Been To No Music school, after which Eddie replaced Wayne Barrett in Slaughter & The Dogs for their Bite Back Album.

The band recently reformed as Slaughter Bites Back, playing a gig at Rebellion (the venue) in Manchester at the beginning of December, which saw original guitarist Mick Rossi fly over from LA for the occasion. They are also down to play Rebellion punk festival in Blackpool in June 2022. The Bite Back show revealed the band’s glam credentials – Mott The Hoople‘s Morgan Fisher played piano on the original album and Dale Griffin (who recently passed away) took on production duties and the band closed the show with Mott’s The Golden Age of Rock and Roll . Edweena’s last album Diamonds on 10th Avenue affirmed her adoration of David Bowie and Spider From Mars’ guitarist Mick Ronson. (SATD were named after Ronson’s Slaughter on 10th Avenue and Bowie’s Diamond Dogs). 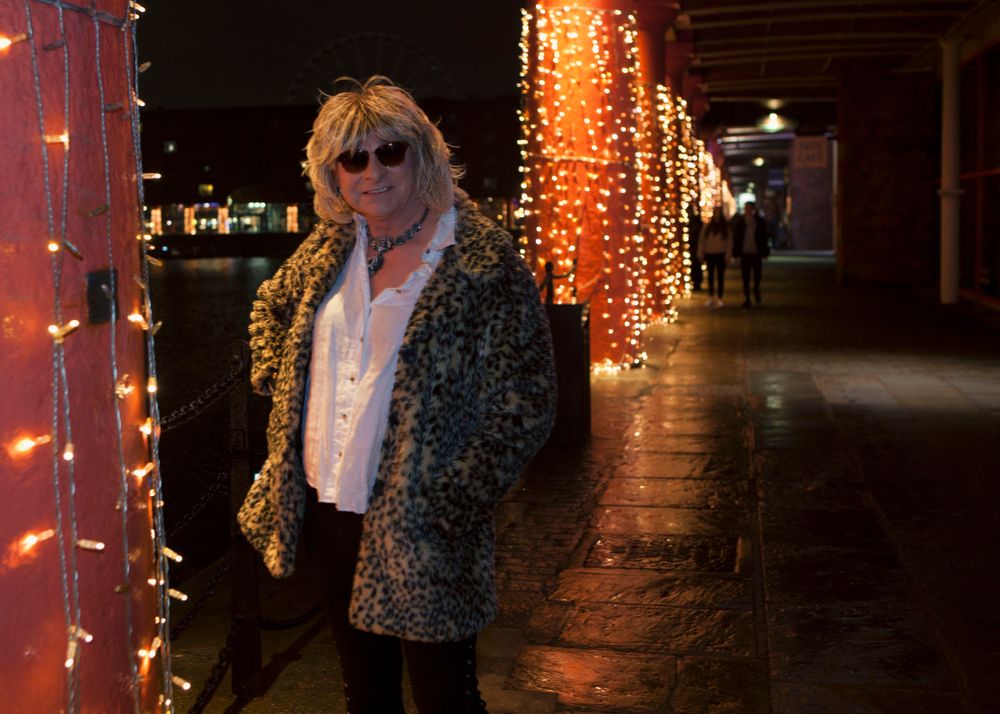 Edweena is a huge advocate of trans women’s rights, describing herself as a “Trans Revolutionary freedom fighter, fighting for the right to party and seeking to highlight and destroy the infiltration of free society by troglodyte bigotry and any other forms of repression be them Political, Religious, or any other forms of endemic institutionalised discrimination against the creative free spirited souls of the trans and rockers Community”.

A hugely engaging character, Edweena is a no nonsense glam queen. On the outside she doesn’t take life too seriously, (check out her hilarious posts on Facebook) but has clearly taken a few knocks over the years. Sitting down with Edweena for the radio show I felt a deep seated sense of honesty, not just about her own life but the difficulties faced by trans women everywhere. There is a real sense of pragmatism, a lack of self-entitlement and a true sense of integrity. The new album is a reflection of that through the eyes of a trans escort who lives a rock and roll lifestyle.

During the radio show I played one of her favourite tracks, Alice Cooper’s Teenage Lament ‘74 and she revealed: “It says a lot about troubled teenage years that I had, I found the ‘70s the worst decade of my life. I knew I was gay and I was trying to suppress it and fight against it all the time. I didn’t really understand it at the time and I found it a very difficult era for me. Some people like their teenage years but I don’t look back on it with any fondness. The older I’ve got, the better it’s got”. The track meant a lot to Edweena and we finished the show with it.

Edweena is a prolific songwriter, whether that be for the band or solo projects she never stops writing. Firmly steeped in glam rock, the album features homages to David Bowie, Marc Bolan and ex New York Dolls guitarist Johnny Thunders.

Diamond Rocks explodes with Rock N Roll Land, a Dr Feelgood inspired rocker which comes shooting out of the gate. Edweena: “ I wanted to open the album like a live show with three rock n roll tracks”, followed by Give It Up For Johnny. Edweena explains about meeting Johnny Thunders when he played Manchester with the Heartbreakers in the late ‘70s “They were really nice lads. We were expecting them to be super cool, but they were really quite normal. We thought they’d be too cool to talk to but they were like ‘gee man it’s great round here’”. The song continues the rocky opening with the wordplay citing tracks by The New York Dolls & The Heartbreakers – Jet Boy & Chinese Rocks, before soaring away with its big glam stomping beat and woo woo backing vocals.

It’s clear on listening to this album that Banger has the ability to almost pastiche these artists. Give It Up… could be a long forgotten Dolls track. It’s tight and fast and sets the scene for the rest of the album.

She’s The One continues the trans escort story. Edweena: “Yes, she’s the one and she does a good job for you, you know?” The song opens with ‘Oh here she comes with that sweet baby smile, and she takes you away from your life for a while’. It’s clear that these tracks can be listened to on two levels; as pure glam/punk or through the eyes of the songs’ protagonist. It’s is simple and direct, more Strokes than glam.

Title track Diamond Rocks, Fall and Rise and the (slightly) more obviously titled Aladdin Sane Again, especially the latter, are pure Bowie tributes, each one featuring lyrics pulled from song titles and reflections of the era. Edweena: “You might recognise some of the chords there!”.

The album closes with Boogie In The Well of Love, a Bolan pastiche with appropriate lyrics and signature ahs ahs! It’s pure Born to Boogie/New York City. We close with Let’s Do It. I was expecting a glam ballad closer, but it’s pure Edweena Banger having a great time – good time rock and roll.

Diamond Rocks is a quality rollercoaster glam stomping album with great melodies, expertly put together and delivered. All of the instruments are played by Banger, who even learned to play the piano during lockdown. It’s a testament to her (heavily inspired) skill as a songwriter, and really sets the scene for her future as an artist and performer. Sure, there have been tragedies in Bangers life, we covered some of them in the interview from 2017, but she’s developed a positive and funny persona where nothing seems to phase her. Diamond Rocks is testament to that – a fun-fuelled glam fantasy with a serious undertone.

Edweena is planning to put a band together in the new year to tour the album. There are shows planned for The Nosebleeds and of course the Rebellion show for Slaughter Bites Back, so it’s going to be a busy old 2022! She explained on doing ‘Edweena’ shows: “Perhaps we could support someone or someone could support me. They’d have to hold me up on stage though because I fell over in St Moritz in London. I had my sunglasses on, I couldn’t see the monitor!”.