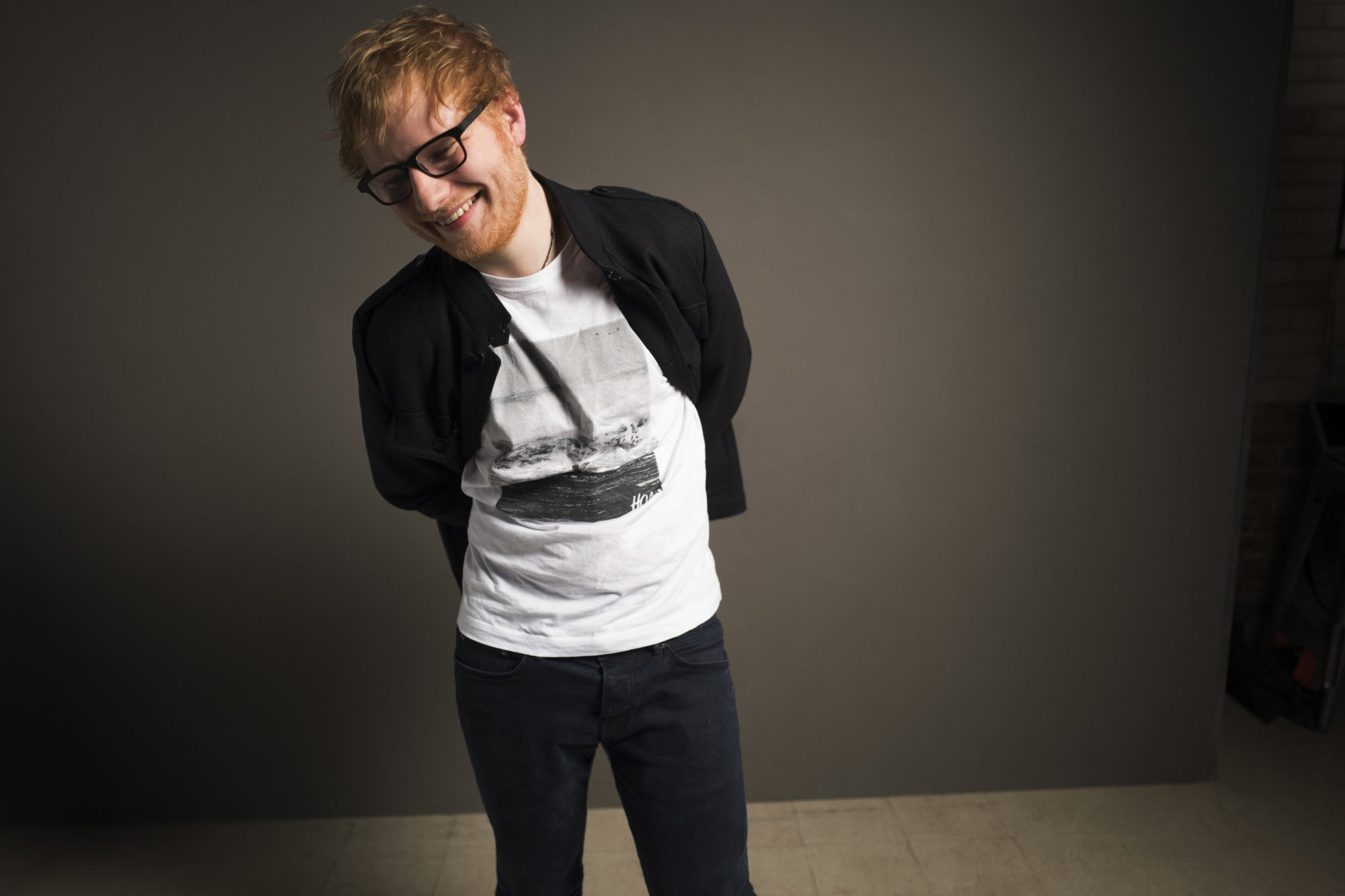 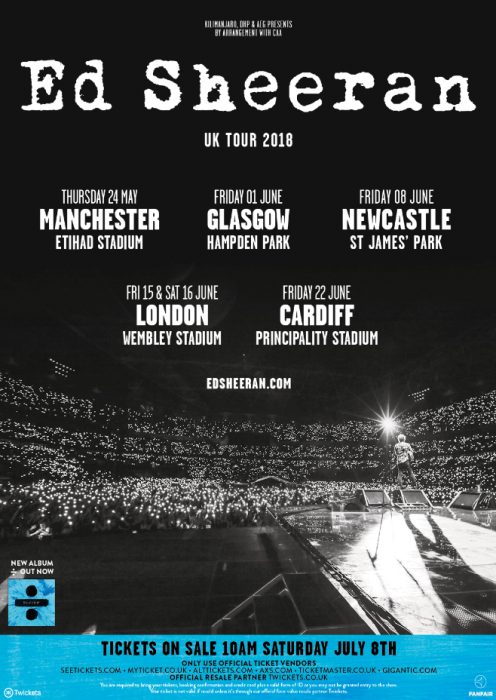 Closing this year’s Glastonbury Festival with a headline performance that won over many cynics.  High on the success Ed Sheeran has announced a 2018 UK stadium tour and has taken a firm stance against secondary ticking sites.

Ed Sheeran obtained a 3 million TV audience, for his Pyramid Stage headlining performance and so desire for tickets for his newly announced stadium tour will be high. The 2018 stadium tour will be the biggest Ed Sheeran shows, to date, starting at Belfast’s Boucher Playing Fields on 9 May, followed by Manchester, Glasgow, Newcastle and London, culminating at Cardiff’s Principality Stadium on 22 June.

General sale commences on Saturday 8th July at 10 am (please note Belfast will be on sale at 9am on the same date). There will also be no pre-sales for this tour and Sheeran has also taken an applaudable, clear and decisive stance of secondary ticket sales too. Any tickets that are resold will not be valid unless they are bought and sold through Ed’s official resale partner, Twickets.

Twickets allows fan to fan sales at face value (plus booking fee) this means no profit to touts and no one getting ripped off. All attendees will also be required to bring along with your tickets, your booking confirmation, credit card (purchase card), plus a valid form of ID or you will not be granted entry to the show. These decisions give everyone as equal a chance of buy the tickets they want from the start.

The 2018 tour will see Sheeran return to Wembley Stadium for the first time since his record-breaking stint in 2015, when he became the first-ever artist to play the stadium solo: with just his guitar and loop pedal which cause a few to accuse the singer songwriter of using a backing track after his Glastonbury set, over three consecutive sold out nights.
Sheeran’s enormous single Shape of You, has surpassed 1.5 BILLION streams in less than six months and the third studio album ÷ pronounced divide, from which the single come, remains as 2017’s biggest-selling album of the year thus far, having sold over 8 million copies, globally.

Tickets will be available via Sheeran’s official website and well as usual primary ticket retailers. Remember no secondary sales will be valid unless they have taken place via Sheeran’s Official Resale Website: Twickets.