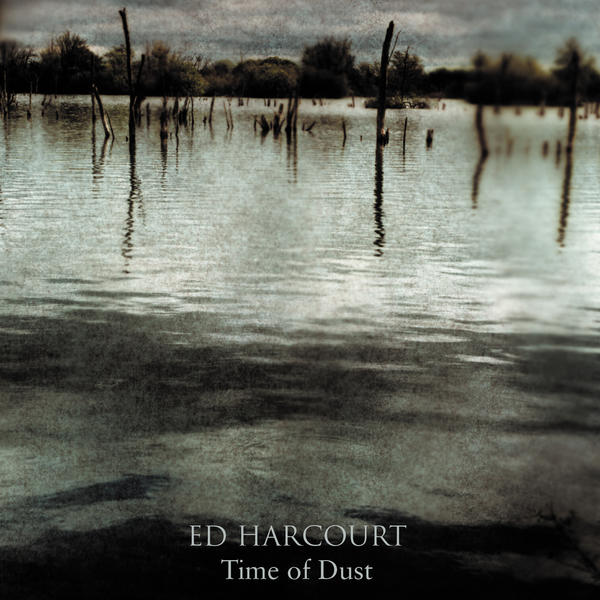 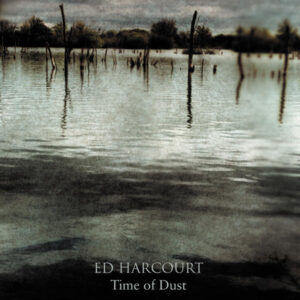 It seems what was once known as an EP is now badged the ‘mini album’, but as formats are re-named for the digital age Sarah Lay is interested only in basking in the majesty of the six-track Time of Dust from Ed Harcourt.

With his latest six-track mini album Ed Harcourt shows he remains a master of dark pop, a maven of piano-led orchestral melodies and lyrical acrobatics as graceful as they are delightful.

Anyone who has spent more than a fleeting moment with his previous releases will know the style. Last year’s long player Back Into the Woods tripped around stripped back songs – in form at least, if not in layers of sound – but Time of Dust is a contrast as much as a continuation of this artist’s journey.

And there he sits, this Gothic troubadour. All dimmed gaslight, worn velvet and sumptuous rises of sinister symphonics. Yes, Mssr. Harcourt is the ringmaster in his sonic circus of dark and light, conducting an orchestra of macabre delights, glints of intention toward a chorus line of tap-dancing spectres. No crack of the whip here as the dusty curtain, lifted, reveals the setting; the seductive promise of safety in these eerie sounds.

Yes, let these sounds be the salve which lifts the glamour from your eyes, an illumination of melancholy, a slide between the ridicule of the recognisable and the conjured magic of the macabre. An other-worldly spectacle but one which is grounded in raw human experiences of the heart.

The EP (‘mini album’ – Modern Lingo Ed.) opens with the haunting music box refrain of piano and an invitation to Come Into My Dreamland. A sense of being underwater, of echoing fear soothed by Harcourt’s vocal. The darkness of those David Lynch-imagined depths breaking under the light of the chorus as more unusual instruments bubble past to the surface.

“I am neither malignant, nor am I benign”, he gently insists; a lullaby refrain capturing the contrast held in each of the six tracks gathered here. Dark and light; simple lines made glorious in the hum of orchestration; sinister and strange but with fleeting familiarity.

It’s not inaccessible, despite complexity compared to many a modern track. Simple pop melodies are given a smart treatment, so rare in the genre right now. Title track Time of Dust builds to climax that is both a spot-hitting concoction of these pop melodies and big beats with the darker lyrical reflection of societies ills. If the shadows of this song were swept away it could have been a mainstream stomper but it is all the better for being left in Harcourt’s capable hands.

With That Saddest Orchestra (Plays Only for You) he gives us the atmospheric, percussive anthemic brand of indie. Heart and back beats race, musical horses breathing out heavy ephemeral clouds of melody.

But before we can get too comfortable thinking of love and familiar things, We All Went Down with the Ship reminds us of the ordinary lives lost at the whim of egos, powerful strangers removed from front lines, in many a war across many a year. Guitars make their first noticeable appearance and it’s worth pausing to reflect that mighty records don’t all need to be led by electric strings. Here they are a cogent part of the mix but aren’t allowed to overwhelm the rest of the sound.

Parliament of Rooks, with it’s circular piano riff bringing to mind those great birds wheeling overhead as you fall ever backward, the build of voices (the track features guest vocal from Kathryn Williams) and instruments once again tinging what starts as a pretty indie folk tune with dark psychedelia.

The EP closes with Love is a Minor Key (set to be the first single in February), a powerful sentiment illuminated by the simple arrangement and experienced vocal. This song radiates heart, painted in detail yet with a sparsity of words.

This is the invocation of love not fallen, but stepped into with eyes wide open. This is the recognition that even an enduring love is cut woefully short by mortality, and yet there is nothing sombre here; it is the hope and comfort that even the ultimate end does not outweigh the joys of living a shared love.

Time of Dust is mature songwriting of the very best – a skilful structure of light and dark, melodic and lyrical surprises to confound and delight. It’s filled with his trademark dusky melancholia and the wonderfully building orchestration just adds to the potency of his take on pop. But there is also the simplicity of lyric, the human condition laid bare; an articulation of love and life gleaming and breathtakingly sharp.

A triumphant addition to the catalogue and further encouragement that Harcourt should be held as a national treasure.

Time of Dust is available to download now, CD available in January with a vinyl release in February.

You can read more articles by Sarah by visiting her author profile on Louder Than War or get in touch with her on Twitter.