Home Music Echobelly are back on tour this October 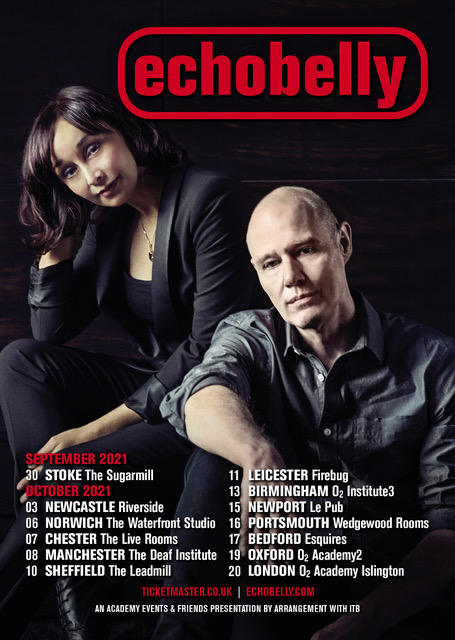 Echobelly are back out touring over the next month with a full band line-up, including their former bass player James Harris.

They’ll be playing a setlist including their biggest hits plus a selection from their six albums.

The band have just re-released, and made available for the first time on vinyl, their fourth and fifth albums: People Are Expensive, produced by Ben Hillier (Depeche Mode, Elbow), and Gravity Pulls, produced by Ian Grimble (Manic Street Preachers, Travis).

Both albums were written in the aftermath of turbulent times for the band – the end of BritPop, the band splitting from Sony Music, being defrauded by their accountant, and the ensuing disintegration of the original line up. Founding members Sonya and Glenn have continued to express themselves through music, and 20 years on these two albums still stand up both in terms of song quality, and as a social and personal commentary.

Recently, Sonya was interviewed for the Netflix documentary This Is Pop (Episode 5 – Hail Britpop) and she was also one of the four Artists interviewed by iconic music photographer Kevin Cummins for his seminal book “While We Were Getting High – Britpop and the ’90s”.

Get your tickets here