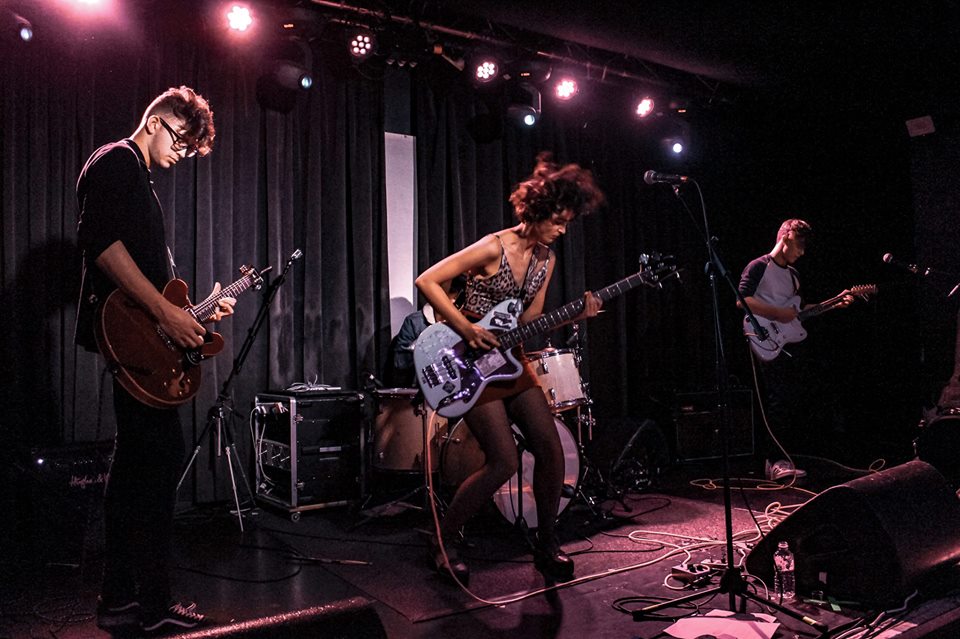 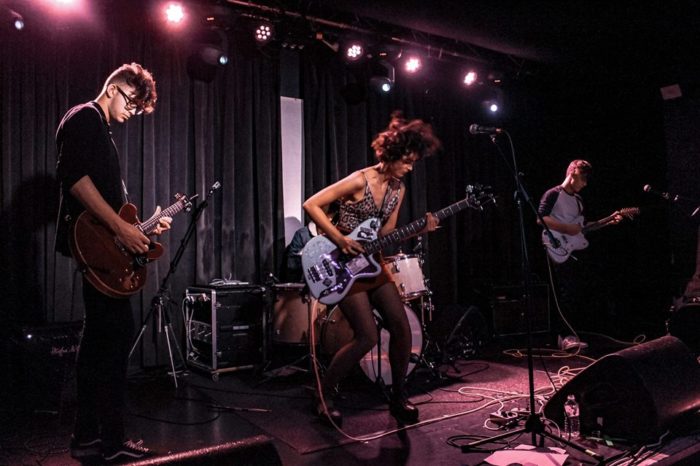 Shrewsbury four-piece Echo Beach are turning tainted love into terrific anthems. Sam Lambeth writes about a band taking the Midlands by storm, one broken heart at a time.

“Unrequited love,” sighs Paige Janey, provider of dulcet tones and dominating bass for Echo Beach, when asked what influences the band’s songwriting. If the formula sounds trite, the Shropshire scenesters are breathing new life into ancient motives – since forming towards the end of 2017, the group have become one of the Midlands’ most exciting prospects, taking in an array of admirable support slots and ensuring every sticky floor within the Second City is awash with adolescents.

New single Hopeless is a chiming rollercoaster buoyed by crystalline melodies, nimble bass riffs and Janey’s velveteen vocals. “It’s about the determination to not be put down by [unrequited love],” Janey explains. “Musically, it’s upbeat because that person still makes you undeniably happy – that’s why you liked them in the first place.”

This joyous juxtaposition – the words make you remember, the music makes you forget – has served them success before. Their debut single, She, propelled them to popularity with its juggernaut bass, needling guitar motifs and stomping chorus. Both She and Hopeless have been given production sheen by the one and only Ryan Pinson, one of the Midlands’ most sought after producers.

When the group formed, they were in debt to the pop punk angst of early Paramore, but Hopeless sees them move further and further away from their original formula. “I’d say when we first started song writing we had ideas that were very ‘school band’,” admits Ross Carley, the band’s resident guitar virtuoso and owner of a fringe envied by rockers across the land. “Since we produced our single and started writing more songs, we’ve found a style that suits us quite well and people seem to enjoy.”

For the future, Echo Beach have more gigs lined up, although Janey isn’t 100 per cent sure. “We hope to be up and gigging again from April. Hopefully around and about a bit more, and POSSIBLY a new set. WHO knows. We don’t.” With that, Janey LOLs. This upbeat thing ain’t so bad, is it?