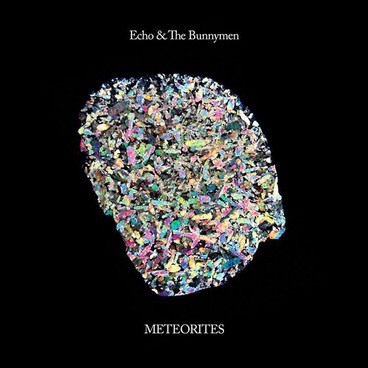 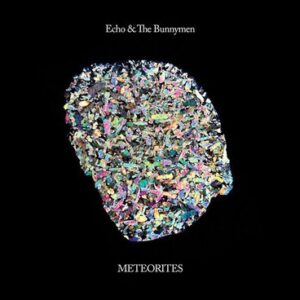 I think someone once said that Ian McCulloch had the best voice of his generation but the problem was that he knew it. It’s a funny quip and kinda sums up the brilliant arrogance and career defying madness that is as much part and parcel of the Bunnymen as the great songs, swooping emotions, genius guitar from Will Seargent and of course, that voice.

That voice that somehow remains untarnished by the years- surely it should have been reduced to a croak now like some kind of barnacled timber on a windswept beach, destroyed by backstage madness and cigs but here I am bearing witness to the larynx that defied time and fills the Ritz with its luxurious beauty. A voice that is one part Frank Sinatra, one part prime time Jim Morrison, one part Bowie and all parts Mac himself who has long since swept past his heroes and effortlessly sings his way through a set that collected up hits and classic albums tracks and lots of a surprisingly great new album in a career spanning set that was a triumph in dynamics and daring.

By now most bands are dead in the water- playing greatest hits slogs round the country to pay the bills but draining the artistic soul. The Bunnymen, though, were always built for middle age- they were never boy band young, being an artist means age is an irrelevance and their new single Lovers On The Run is proof that they have never dried up. It’s a song as great as Killing Moon or any of their timeless classics, an emotional shiver me timbers with perfect chord changes and that crucial balance between Mac’s swooning voice and Wills shimmering eastern guitar lines as it cruises over its perfect structure. It’s already in my top ten Bunny songs and that’s a tough chart to enter.

In a world where music still mattered it would be number one all summer but in the modern UK where the phrase ‘X Factor’ means doughboys pushed into the limelight by mundane minded judges who love themselves and their bank accounts more than the magic stuff of music and pop music has become a parade of market researching playlist compilers and national radio stations are places where twitter and celebs mean more than the chime of perfect pop then they haven’t got a chance. But a classic is a classic and a song like this will make its own journey into the national psyche- just like the bands other classics like Killing Moon and The Cutter which triumphantly booked end the set especially when the band drop the volume as the audience sing along and it’s all arms in the air, tearful and emotional stuff a Manchester/Liverpool love in just like it should be- the moment when the cutter goes into that orchestral bit is heavenly- it’s an emotional rush and a very northern slice of heartfelt genius.
Will Seargent is doubled over, tucked into his guitar – Mac and Will the perfect fit! the guitar player with those brilliant six string lines twisting the songs inside out decorating new stuff like the anthemic Constantinople just like he did on all those classic hits and underground anthems from the early eighties when the Bunnymen came out of Liverpool and offered another escape route from the punk straitjacket. They were a psychedelic revolution dressed in camouflage and armed with an acidic wit and an acidic music. They were as vital as Joy Division but no one died, they paved the way for the stadium careers of U2 but never quite got that slice of action and remained undiminished and creative in a way that Bono could only dream of.

Watching entranced tonight by a band who effortlessly deal beauty and remain unravaged by all the madness you can only be hypnotised by their genius as you actually start to feel that, despite all Mac’s protestations of their greatness, Echo And The Bunnymen are actually better than they think they are