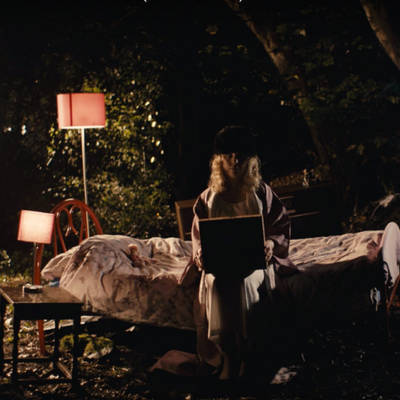 Self-released last autumn, Last Decade was a lowkey affair that nevertheless made an impact on independent scene. On 6Music Tom Robinson selected a track as one of his highlights for the BBC Introducing mixtape, calling it: ‘The most imaginative record I heard…maybe all year’. Pink Wafer named it one of their top ten releases of 2018, describing it as ‘a startling debut that takes an unexpectedly dark turn’. It caught the ear of one of the judges for the Glastonbury Introducing stage, who praised it as: “Wonderfully observational, witty and blissfully imaginative” (Fifty3 Musings).

This under-the-radar weirdness is reflected in Lost Decayed Love, which contorts the flamboyant original into something even more unpredictable. Contributors have been given free rein to pick whichever track they like and go in whatever direction they feel.

No two songs are the same, running the gamut from high octane dance numbers to haunting discombobulated vocal deconstructions. It has also revealed some surprise favourites, leading to three vastly different reinterpretations of the Cocteau Twin-like Dream of Me.

Contributing artists are a mix of those Tsarzi has worked alongside on the live scene or connected with online. Both avenues are important to the possibilities of collaboration and the future of music. Some contributors are already established, others are just starting out. Close attention was also paid to gender balance when inviting people to take part.

The result is an album that reflects the value of community, both via social media and in ‘real’ life. It is a snapshot of an independent artist in the early stages of her career, committed to the power of collaboration and interested not only in writing outlandish music, but also in gifting it to others for their own peculiar experimentation.

Lost Decayed Love is available as a name-your-price download here.