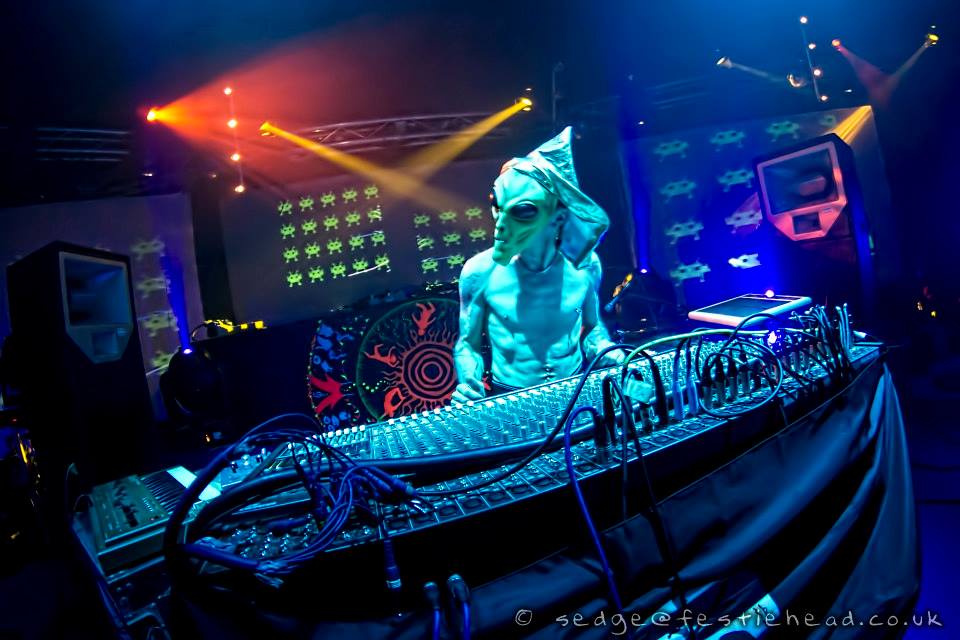 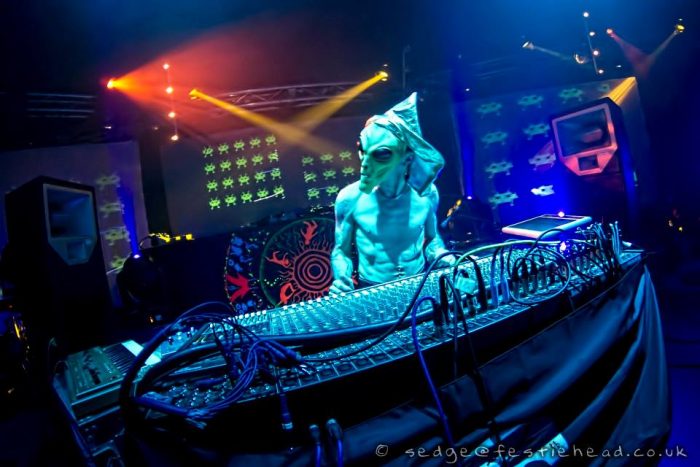 Mainstay of the early nineties rave scene Eat Static hit new cultural capital of the UK’s south coast Bognor Regis the week before Halloween, and the deep trance vibes were reverberating across the region for a long time afterwards.

The former Ozric Tentacles-affiliated being known in this dimension as Merv Pepler was celebrating his 50th earth years birthday at SeaFiSh, the restaurant and music/arts centre in Bognor Regis, its licence currently under review by Arun District Council for being amongst other things a ‘nuisance’.

A nuisance was clearly a long way from the throng’s collective mind as Eat Static, behind an ancient dinosaur of CD decks, manipulated the fringe atmosphere of the historic building into an ambient, deep groove throb. Top-hatted sashaying, mascara, thick dry ice and beaming good vibes through the heaviosity were the order of this very special private party.

Artists of the stature of Eat Static are essential to the credibility and pulling-power of towns attempting to regenerate around the edges of the UK such as Bognor Regis, and this very quirky diamond in the rough of British heritage certainly benefited from his beaming down tonight. The unbeatable waves of Dune Rider carried out far into the dappled night of the English Channel, now and in perpetuity.