Home Music Easyjet and other low cost airlines are you listening? U.S. airlines... 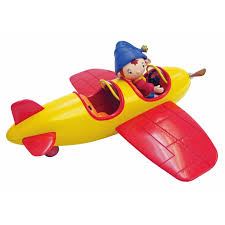 It’s been the bane of many a travelling musician for  many years now- low cost airlines charging a fortune for putting guitars in the hold and quite often the guitars are then broken or lost or in my case covered in water with no recourse to meaningful complaint.

The cost for putting the guitar in the hold can often be higher than the actual passenger ticket and the whole cost makes playing many gigs prohibitive. There has been a campaign to change this but ignored so far but astonishingly in the the USA they have actually done something about this as the following communique from the US travel authorities states.

WASHINGTON – The U.S. Department of Transportation today issued a final rule to implement section 403 of the FAA Modernization and Reform Act of 2012, which requires that U.S. airlines accept musical instruments as carry-on or checked baggage on commercial passenger flights, provided that certain conditions are met.

“At DOT, we know how important instruments are to musicians and are committed to doing everything we can to ensure that they are not damaged while being transported on airlines,” said U.S. Transportation Secretary Anthony Foxx.  “This final rule implements the statute, and it will go a long way towards keeping instruments safe when they fly – from allowing them in the cabin if there’s space for safe stowage, to letting passengers buy a seat for certain large instruments.”

The rule requires that each U.S. carrier subject to this regulation allow a passenger to carry into the cabin and stow a small musical instrument, such as a violin or a guitar, in a suitable baggage compartment, such as the overhead bin or a closet, or under the seats, in accordance with FAA safety regulations and the carrier’s FAA-approved carry-on baggage program.

For some musical instruments that are too large to fit in the cabin stowage areas described in the carrier’s FAA-approved carry-on baggage program (e.g., an overhead bin or under a seat), it is sometimes possible to secure them to a seat as “seat baggage” or “cargo in passenger cabin.”  Carriers are required to carry large musical instruments in the cabin if the passenger wishing to carry the instrument in the aircraft cabin has purchased an additional seat to accommodate the instrument and the instrument is contained in a case or cover to avoid injury to other passengers, the weight of the instrument does not exceed 165 pounds or applicable weight restrictions for the aircraft, and the instrument can be stowed in accordance with the requirements for carriage of carry-on baggage or cargo established by the FAA.  Carriers are not required to provide for this process in their carry-on baggage programs; however the Department encourages carriers that do not currently allow such stowage to amend their programs to allow it, provided that all safety requirements are met.

Carriers are required to accept musical instruments in the cargo compartment as checked baggage if those instruments comply with the size and weight limitations provided in Section 403 and the FAA’s safety regulations.

The final rule applies to scheduled and charter flights in domestic or international transportation operated by U.S. carriers, regardless of the size of the aircraft they operate.  The rule also applies to persons not directly involved in the operation of an aircraft who sell air transportation services to the general public other than as an authorized agent of a carrier.

This final rule is issued without notice and comment from the public as it simply implements the statutory requirements.  The rule will take effect 60 days after its publication in the Federal Register.  The final rule is available on the Internet at www.regulations.gov, docket DOT-OST-2014-0231.

In addition to issuing this rule, the Department has also created a webpage (https://www.dot.gov/airconsumer/air-travel-musical-instruments) that provides useful tips and information for consumers on how to prepare for air travel with musical instruments.  The Department also sponsored meetings to provide representatives of musicians and airlines an opportunity to discuss the difficulties musicians face when traveling by air.  DOT may conduct additional such meetings to further explore ways to better assist musicians and airline personnel ensure the safe carriage of musical instruments.