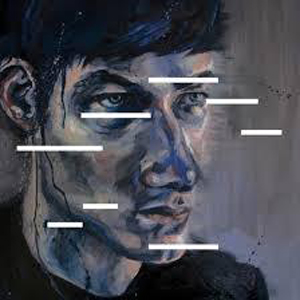 A new year begins and the first album that’ll be on our, well my, best of list at the end of it has arrived already says Keith Goldhanger.

Some of us have been nodding agreeably in small rooms watching this man for a while now, some of us got the heads up on this just before the festive season, and at least one of us just hasn’t stopped playing this since it landed.

How far can a one man band go then ? ….somewhere between Howard Jones getting his mate to dance around with chains wrapped around his neck or as ridiculous as Jean Michel Jarre hanging upside down out of tower block buildings whilst hundreds of thousands eat prawn sandwiches, drink Pimms, shreek “WHEeeeeyyyyyyyy!!!!” as the fireworks go bang, lasers swoop and strobes flicker before complaining that they simply can’t hear anything and would like a refund on their 700 quid they forked out to attend ?

East India Youth‘s Total Strife Forever‏ is the perfect album for ears that like a bit of electronica weird buzzing with vocals of beauty overlapping the dancy tempo changing drum patterns that keep all of this interesting enough to wonder what the following track will dish up.

It could be easilly compared to Bowie’s album Heroes.

A few cool instrumentals and a few ace songs with the voice of the composer pushing the electronics towards the back resulting in glorious pieces of music we’ll remember for years.

The opener “Glitter Recession” sets the mood for what’s to come.

Hinterland is the perfect instrumental floor filler that’ll fill a floor from empty and Heaven, How Long is that ‘late at night listen before you fall asleep’ piece of aural delight that’ll have you declaring you’re tired, not crying when the rest of your body aches and wants to hear something you can raise your hands in the air to but do little else as the tears fall down your face. You’ll hear this being sung in about ten years time by a burly grannyless window cleaner from Dagenham surrounded by tall lanky dancers dressed as angels with their arms spread wide whilst an over enthusiastic Sharon Osborne nods attentively before stating its always been one of her favorite songs.

At times, especially during Dripping Down we think this could be the Pet Shop Boys adding vocals to one of those early and marvellous Delphic tunes and as much as we will dance and smile and maybe even wave our arms around during the dancy bits of this album we also find ourselves singing at the top of our voices along to one or two of the early singles that some of us around here fell in love with about a year ago (Looking For Someone – that’s one for the lonely hearts adverts).

Only half of the tracks contain vocals. The instrumentals, that are comparable to the intro’s that Coldplay teased us with on the album that Eno produced are more than just someone arsing around on his laptop late at night. Anyone after a cooling off period at the end of trawling through hours and hours of Fuck Buttons anthems should have this at arms length and anyone after a bit of refreshing pop music wouldn’t be too dissapointed either.

It could be said that these instrumental tunes fit into this album perfectly but maybe I should suggest that it’s the other way around ?

This is a fab album that doesn’t dissapoint and one we’ll be listening to for years to come whilst waiting patinetly for whatever William Doyle gives us as a follow up one day.