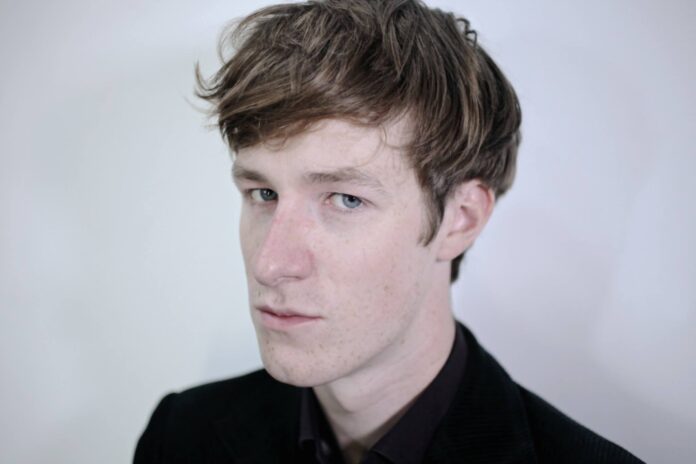 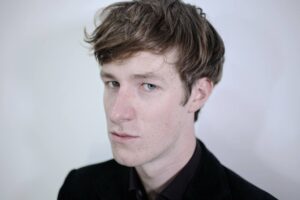 Hot on the heels of his much lauded last album, Culture Of Volume, East India Youth has been on the road touring it. Last Wednesday that included a show in Manchester from where Jon Taylor reports back.

In 2011, William Doyle stepped onto the stage at Northern Quarter’s Dry Bar to perform a well-received set with his band, Boyle and the Fourfathers. Jingly, jangly, guitar fun with politically charged lyrics – so much so that the band’s track ‘Welcome to Austerity’ was banned by the BBC during the run-up to the 2011 London mayoral elections – Doyle and the Fourfathers delivered everything you could have wanted from a local indie gig.

For Doyle, though, this wasn’t quite enough. Less than a year later, he had swapped sticky-floored indie clubs for his laptop and began to write and record experimental Eno-influenced electronic music under the name East India Youth. Now he arrives at Manchester’s Deaf Institute (OK, the floors were still a bit sticky) to perform tracks from his second full-length studio album, Culture of Volume.

It’s often difficult for solo electronic musicians to replicate the highly-polished production of their albums in an intimate live setting. By its nature, it’s music that is intended to be heard in tents at festivals or on a club dancefloor. If you’re performing to a couple of hundred in a small room, it can be tough to hold the crowd’s attention as you click away at your MacBook.

Doyle’s talents, though, go far beyond this, and he’s able to use his full repertoire of skills tonight to ensure that no one walked away from the venue unimpressed.

Opening track ‘The Juddering’ sets the tone nicely, but it’s a tone that switches several times throughout the night. Doyle is no stranger to stepping back from the synth to pick up his bass guitar for a solo when he needs to, with such a range of influences apparent in his performance that it’s incredibly difficult to pigeon-hole East India Youth into a genre.

Fully suited, he communicates with the crowd rarely, with the exception of a “oh shit, sorry about that” as he mistimes a note or two on his synth halfway through the set. His vocals are clean and youthful throughout, and are to an extent a reminder of his former indie pop life, but songs such as ‘Hearts That Never’ are more New Order than Noah and the Whale – something I think we can all agree is for the best.

Ending with the atmospheric ‘Carousel,’ Doyle makes a humble farewell to the crowd before hurriedly leaving the stage. He needn’t be so shy, though – if tonight is anything to go by, that festival tent might not be too far away.

All words Jon Taylor. More from Jon can be found at his Louder Than War Author Archive. He tweets as @jontaylor91.