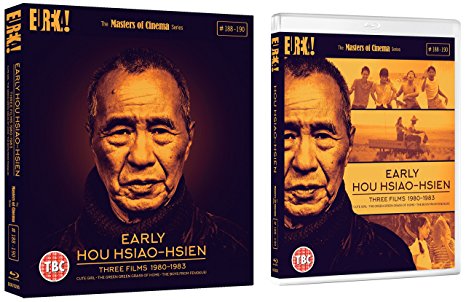 Around the dawn of the 1980s, Taiwanese New Wave directors brought a deeper, more realistic depiction of life in their fast changing country, offering an alternative to the kung fu flicks and stagnant melodramas that were generally the biggest box office hits.

Fledging directors such as Edward Yang, Tsai Ming-Liang and Hou Hsiao-hsien were key figure in the movement. Typically they would utilise non-trained actors and film in real locations while scripts tended to be more personal and intimate, often addressing issues faced by contemporary Taiwanese society. These filmmakers soon found themselves being compared with Italy’s Neorealists.

The world started to take notice and Hsiao-hsien, in particular, began to build a reputation as one of the world’s greatest directors. Before the ’80s had ended, he’d helmed A City of Sadness, the first Chinese language movie to scoop the Golden Lion award at the Venice Film Festival. Ten years later he was voted Director of the Decade in a 1990s critics list put together by The Village Voice and Film Comment.

His debut feature Cute Girl, though, gives little indication of the quality of his later output. This is a romcom conceived to act as a commercial vehicle for Kenny Bee, a massively popular singer from Hong Kong at the time. In some respects, it resembles one of those exploitation movies that young directors like Scorsese and Bogdanovich once made for Roger Corman before going on to stamp their own indelible marks on cinema history.

The plot of Cute Girl never veers very far from the usual expectations of the genre with a young bride-to-be (from an arranged marriage) falling for a kindly though occasionally bad-tempered surveyor.

Also known as Lovable You, the movie does certainly look great with lots of fluid camerawork and gorgeous cinematography. There’s also a clever twist involving a budding bromance between two love rivals that sets it apart from other entries in the genre but it never truly transcends its romcom limitations.

The Green, Green Grass of Home is also a romcom, albeit an off-kilter one, and again stars Kenny Bee. This time round Hou Hsiao-Hsien doesn’t stick so rigidly to the genre’s usual predictable template. For much of the movie the schoolchildren taught by the potential romantic pairing take centre-stage. And consistently outshine them.

There’s also a strong environmental element at play concerning a rural river being poisoned. Again the film looks fantastic and the ending is a real virtuoso piece of directing. No Tom Jones if you were wondering, although even Sir Tom would have been preferable to the movie’s dreadfully saccharine theme song with lyrics about sharing cola.

The third movie in the collection is a definite progression. Coming of age drama The Boys From Fengkuei could be said to be the director’s first mature work and the first one that could be solidly classified as New Wave.

The early part of the film plays out like Mean Streets with scooters. With limited opportunities available to them, Ah-Ching (Doze Niu) and his pals gravitate towards trouble on a regular basis. They play pool, drink, fight and skip into a local picture house where Rocco and his Brothers, a film examining the theme of migration to the big city, is playing.

It’s obviously no great surprise that they quickly decide to make the move from the desolate coastal village where they’ve grew up to and try their luck in the bustling port city of Kaohsiung, then undergoing rapid industrialisation.

This is easily the pick of the trio and definitely worth your attention. The film is sometimes poetic, thought-provoking, funny one minute and achingly sad the next.

All three films are making their worldwide debut on Blu-ray and are available via the Masters of Cinema Series.

Extras include video essays on each of the three films by Adrian Martin and Cristina Álvarez López and a collector’s booklet featuring a new essay by Philip Kemp.

For more information on the films: https://www.eurekavideo.co.uk/moc/early-hou-hsiao-hsien-three-films-1980-1983