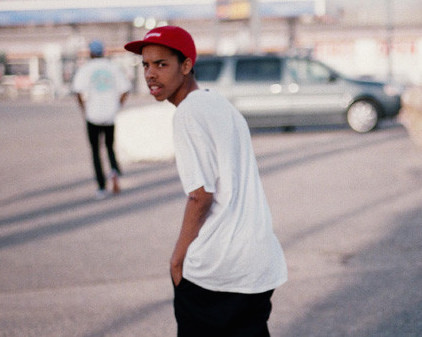 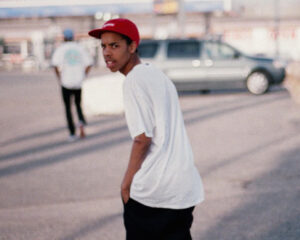 American rapper and member of LA hip hop collective OFWGKTA Earl Sweatshirt rode into (Birmingham) town on Monday to play The Institute in Digbeth. For Louder Than War, Harley Cassidy reports back.

Having tossed in the towel early last year after claiming a “lack of self-maintenance”, Earl Sweatshirt is back to tour his latest album, I Don’t Like Shit, I Don’t Go Outside. With a workhorse reputation matching his ridiculous precociousness (he released his debut solo album as a 16 year old) Earl is the complete polar opposite to his other main Odd Future counterpart, Tyler, the Creator. The ADHD gabble of Tyler is the genius opposite to Earl’s chilled out yet prickly delivery and it’s worked continuously well since their rise. However, in recent years, Odd Future’s star has waned with some of their latest releases providing only minimal impact on the charts, with only, arguably, Frank Ocean continuously shining bright since their arrival onto the scene in 2007. So Earl’s shot at becoming recognised as the collective’s creative powerhouse is more than natural which with his always being their youngest and most gifted MC.

On stage, Earl is a spirited presence with a face and energy that will never look old. He spits murky thickets of rhymes over sulky beats with a delivery far more volatile than it is on record. He makes sure he covers his new album in its entirety and it’s clear he thinks a lot of the record, claiming “it’s a dissertation on me”.  The energy throughout, from the steady, dripping Faucet to the piano dotted DNA, was palpable, but it’s always the more obtuse lines of his former songs that get the crowd going, as the ominous refrain of Molasses is repeated joyfully by the audience.

It’s a sweaty mess of a crowd full of skater loving rap fans and with mosh pits popping up everywhere as each lyric is shouted back to their maker. It’s obvious that Earl, alongside his Odd Future clan-mates, appeal to young misfits worldwide, and their shows are a time for them to let loose.

Back on top with a strong tour, it appears that Earl’s music is his function of survival and when you gaze past the bratty shtick there’s a clever, much more insightful artist planning his next move. We look forward to seeing what that’ll be.