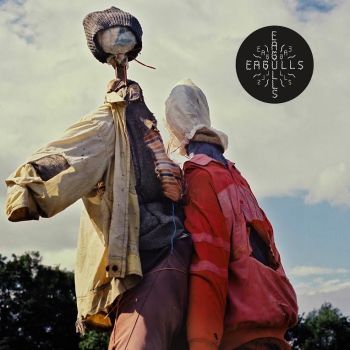 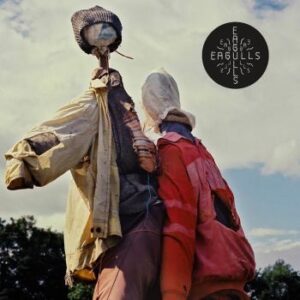 Gone are the rough edges, but Ullages is no less compelling, Eagulls once again prove why they’re one of the most important bands around right now!

Ullages is the follow up to Eagulls critically acclaimed self-titled debut, known for their raw angst filled sound. Their debut spoke to the disenfranchised, those who were all to aware of the horrendous state of affairs, it was an album packed with an adept realism. Scornful, powerful, dark and haunting with an abundance of intensity, you’ll be pleased to know not all that much has changed.

However, Ullages is the sound of a band maturing, the ragged edges smoothed over but it is no less bleak and harrowing. Perhaps more measured at times, a more expansive and brooding sound underpins the record with the thundering opener Heads or Tails setting the darkened tone perfectly. It’s the depth and passion of the lyrics that soon set this record apart.

Velvet is a truly beautiful track, prefaced with the insatiably eerie Harpstrings, this is a distressing love song which compounds the bands expansive sound, with swirling guitars drenched in copious amount of reverb, allowing the vocals to shine through this wall of guitar haze. At the opposite end of the scale though is the roaring bass of Skipping, perhaps the closest dalliance with their previous album.

Powerful drums coupled with sharp stabs of guitar underpinning the angst filled lyrics, George Mitchell’s snarled delivery at its peak. One of the most compelling tracks on the album, truly masterful. Lemontrees though seems to be the most overtly damming of the current state of affairs, as they “share the nations consciousness as they drown their thoughts to sleep”.

As the album closes out on the mellow notes of White Lie Lullabies, a chilled out end to a forceful and at time brutal tour de force of an album. Huge soaring soundscapes underpin this incredible album, which is packed with a plethora of exciting nuances. These are still anthems for the disenfranchised, their incredible songwriting is what makes this one of the most exciting albums around. However, at the same time it is the sound of a band maturing, there is more variation and an exquisite production quality.

Ullages is an album, which will become a classic – a true masterpiece!