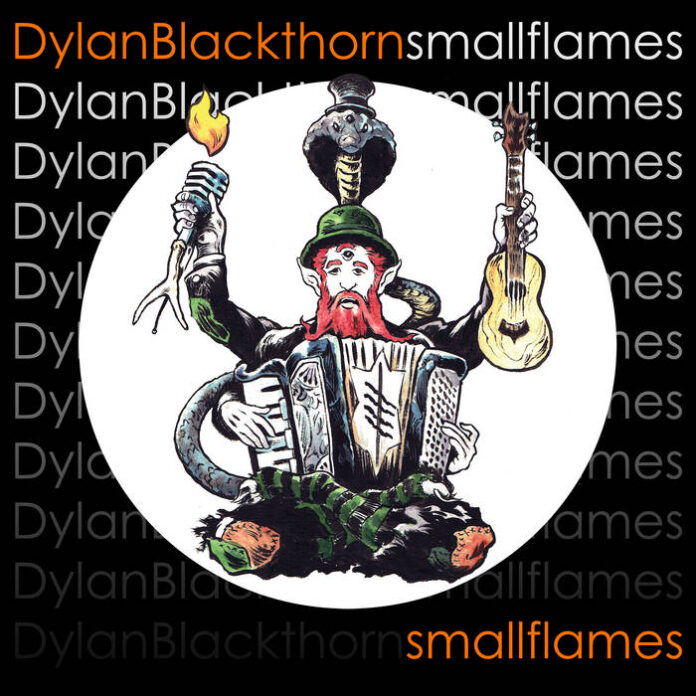 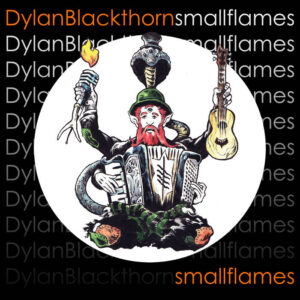 Small Flames, the debut solo release by Austin-based musician Dylan Blackthorn, is an energetic and entertaining album that should delight anyone who likes their country served with a dash of the unexpected.

It’s a brave man that releases his debut on April Fool’s day but, in the best possible way, it feels appropriate. Small Flames is a playful album that has more than a hint of the court jester about it. That’s not to say that this is a novelty or throwaway record though, it is also creative, clever and refreshingly unusual. Described as ‘the perfect aural escape during these confusing and tumultuous times’ it is frequently both confusing and tumultuous itself, but in an exuberant and hugely fun way.

Opener Played by the Numbers is a lively Weimar-cabaret style track that sets a familiar tone for what I thought the album was going to be. Enjoyable as it is, however, I was pleased to find that the scope of the record as a whole is much more varied, something that is clear from as early as the beginning of the second track. A standout song for me, Candlelight is a 70s sounding folksy gem, featuring vocals by Nyra Song, that brings to mind the impeccable melodies and innocent, melancholic charm of Melanie.

Several tracks such as Stoked, Rule of Three and Folk Magick mix a country, bluegrass feel with whisky-soaked cabaret, while Bessarabian Traffic Jam does a fascinating job of throwing something middle-eastern and slightly psychedelic sounding into the pot too.

Ten of Wands, another higlight recently released as a single, seems to invent an entirely new genre for itself somewhere between folk, rock and gothic. Sort of like a hillbilly Nick Cave but featuring the kind of accordion playing generally reserved for 80s guitars. Mystic Balloon Quest Waltz meanwhile is, as the title suggests, a wonderfully magical waltz that instantly made me smile and transported me to an inexplicable nostalgia for childhood.

Lyrically the album is downbeat with a world-weary theatricality. Musically and vocally, however,  it feels uplifting. Or at the very least joyful in a ‘3am in the tavern’ kind of way. Coming in at 13 tracks I might argue that there is some room for a little trimming here but, especially in the digital age, this is a minor quibble. Small Flames is a wonderful mix of sounds that fit together better than they should, keeping the listener entertained and amused throughout. And, in our ‘confusing and tumultuous times’, that’s as good a salve as you can ask for really.