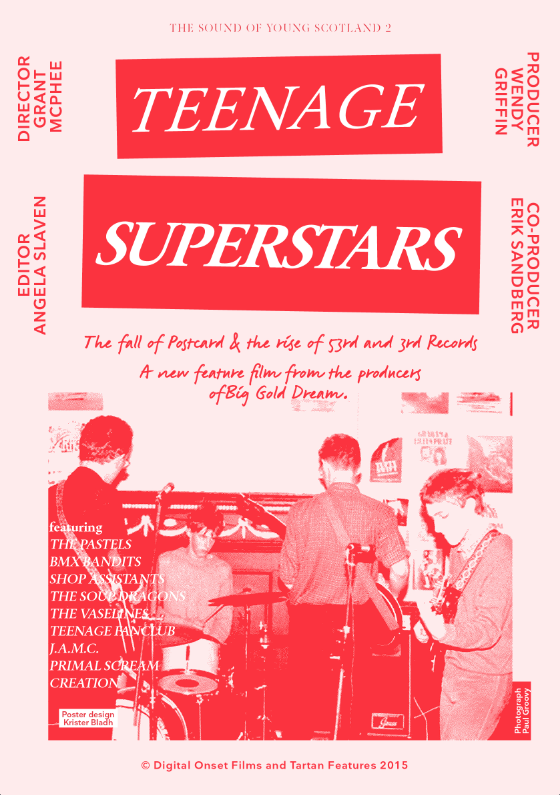 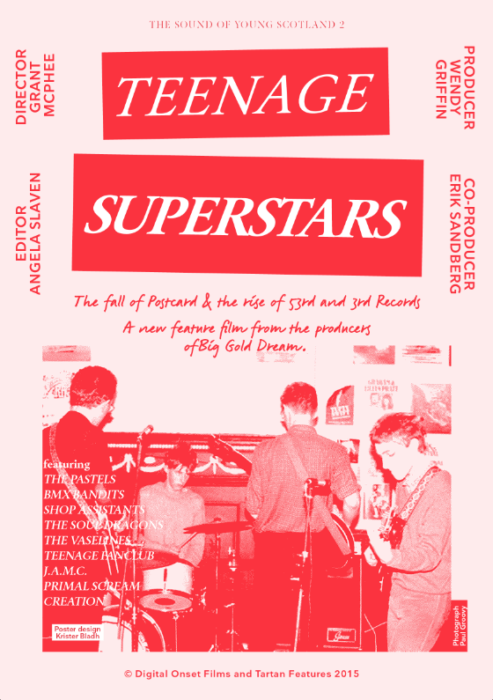 McPhee and his co-producers have assembled an impressive array of interviewees, including members of The Pastels, Teenage Fanclub, The Soup Dragons, BMX Bandits, The Vaselines and the Jesus And Mary Chain.  With so many intelligent, creative individuals involved in the scene, the film’s producers were rather spoilt for choice, but judicious editing by McPhee’s co-writer, Angela Slaven, creates a compelling narrative. As you might expect, there are key contributions from Stephen McRobbie (The Pastels), Alan McGee (Creation Records), Eugene Kelly and Frances McKee (The Vaselines), Douglas Hart (Jesus and Mary Chain), Duglas T. Stewart (BMX Bandits) and Sean Dickson (The Soup Dragons).

It’s a nice touch to have the film narrated by Pixies/Breeders’ guitarist Kim Deal, while former Creation label boss Alan McGhee and Sonic Youth’s Thurston Moore provide their own perspectives on the wider impact of Scotland’s indie scene during this particularly fertile period. Teenage Superstars is a vital documentary that vividly explores a golden period for Scottish music.

The screening was followed by a Q&A session with McPhee and Frances McKee of The Vaselines.