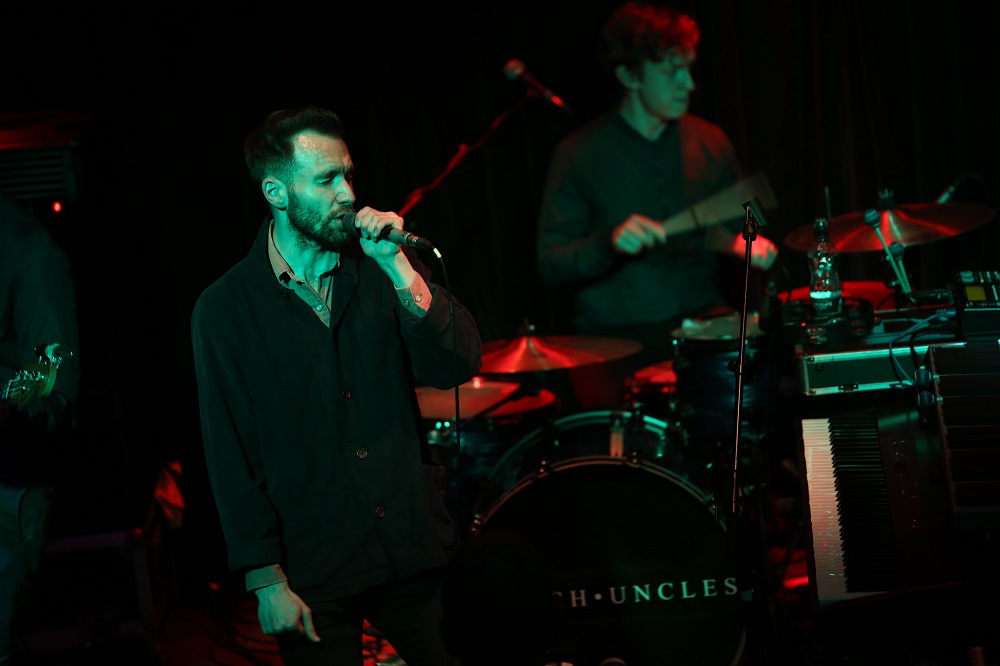 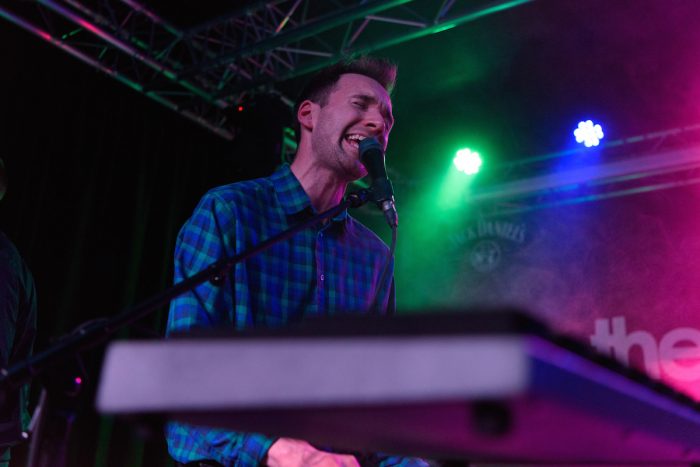 Imagine a frontman who fuses the supple freaky dancing of Tim Booth with the sharp arms movements of Ian Curtis and you get the hyperactive James Wallace.

The Dutch Uncles singer is a frenetic ball of energy bouncing round the small stage as the band knock out tunes stuffed full of ideas, off kilter time changes and subtle pop sensibilities. I know people bang on about the decidedly average Everything Everything, but this lot are far, far smarter, and much more interesting, even throwing in a xylophone face-off between Wallace and guitarist Pete Broadhead.

Unusually it is bassist Robin Richards who writes the music, and I’d love to see his record collection. There are bits of ’80s electro-pop, math rock, the inspired repetition of Steve Reich and the sort of jerky time changes reminiscent of Zappa when he wasn’t up his own ass. Despite being very smart it is also hugely entertaining as ‘Tigger’ Wallace bounds about.

The title track of their second album, Cadenza, sets the tone as Wallace twists around acting out the words with every sinew of his body, hitting his keyboard and showing off his amazing range. It is utterly mesmerising and the band are all red hot musicians who really make the audience think in a combination of angular indie pop with some old school white soul. There are some jazz inflections, but thankfully they are kept to a minimum.

I last saw Dutch Uncles at Live at Leeds a few years back and they have really progressed as the punchy Same Plane Dream off their new album Balloon is a pop gem. They sort of slow things down for what Wallace terms a ‘slow jam’ with the blissful Babymaking, but it doesn’t stop him jumping around.

Wallace’s distinctive voice is hard to describe, but at its best there are echoes of Green Gartside. There is no greater compliment as Gartside had one of the best white soul voices of all time and there is a lot of Scritti Politti in their work. By the way – that is another compliment.

Another new track Hiccup shows their confidence as they mash up the tempos at will in a way that few bands would even think of – let along execute perfectly. This gig is a warm up for some festival dates so the set is mostly new stuff, but they do delve back in time to play the limber Flexxin from their third album Out Of Touch In the World.

They end a supremely intelligent set with an amazing version of Seal’s Kiss From A Rose, which like all great covers completely reinvents what is a total pop classic, and as Wallace effortlessly hits the high notes you think if they released this it might actually score them an unlikely hit single.

All words and images by Paul Clarke. You can read more from Paul in his author archive.