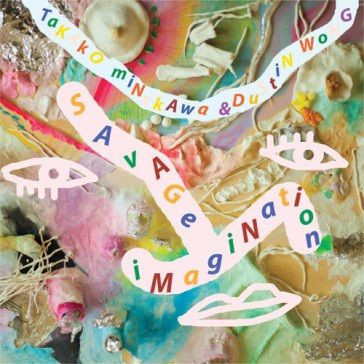 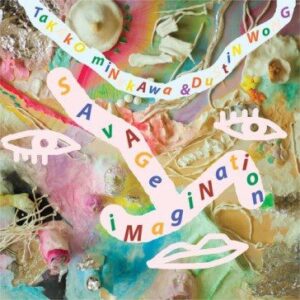 The two first met in 2011, when Minekawa saw ex-Ponytail guitarist Wong play a solo show in Tokyo. They started working together soon after, releasing their first album as a duo Toropical Circle in 2013.

Despite having released several records under her own name and in collaboration with heavy hitters like Ryuichi Sakamoto and Cornelius, Minekawa hadn’t released an album for 13 years. Yet her quirky take on melody and song construction – which always owed as much to retro futurists like Stereolab and Kraftwerk as much as contemporary J-Pop – sounded as fresh as it did on 1996’s Roomic Cube. Minekawa’s Technicolor synth grooves locked perfectly with Wong’s own waves of looped guitar, while drum machines and vocals prevented the whole mix drifting off into a solipsistic blur.

For his part, Wong has been putting records out at a furious rate since Ponytail’s demise, most recently a loose trilogy of solo guitar albums culminating in 2013’s Meditation Of Ecstatic Energy. Much as I love these albums – Meditation Of Ecstatic Energy in particular is hazy, dreamy wonder – I really dig the way that his partnership with Minekawa brings his work into sharper focus.

Right from the fuzzy tone scrambles of opening track Pale Tone Wi-Fi, Savage Imagination extends and deepens the terrain mapped out in their debut. Its ten tracks often resemble impossible constructions made out of Lego, unbalanced and full of strange angles. Songs like Dioramasaurus, with its clunking drum fills flutelike tootles, or Luminescent Earth Traveller’s reverse guitars and animal hootings, resemble teetering structures that shouldn’t work but, somehow, do.

Recorded by Minekawa and Wong using a specially designed software interface that enabled them to layer vocals, rhythms and sounds quickly and easily, the album has an engagingly improvised feel. Check out how Dimension Dive, the three part song suite that forms the glistening heart of the record, grows from a simple rim shot and dampened guitar riff into a brightly coloured sonic tapestry. Vocal exhalations, strummed chords, keyboard arpeggios and synth squelches all gradually emerge and layer themselves on top and around each other. It’s like some strange biotechnical organism creating itself.

Despite all this experimentation, the duo’s creations are concise and packed full of entertaining tunes. The straight down the line push of Deep Sea Dance (part three of the Dimension Dive suite) has plenty of room for a lovely set of flighty melodies, like a shoal of tiny fish darting around a coral reef. She He See Feel turns this lyricism into near hysteria, its manic organ figure highlighting caffeinated vocal whoops and madly vibrating bleeps.

Fortunately, Minekawa and Wong always stop short of overwhelming us. They have an intuitive grasp of when enough is enough. As a result, what could be a frazzled stagger through an amusement arcade is more like being joyfully enfolded in a carnival. Open your mind and let the sonic riot take over.