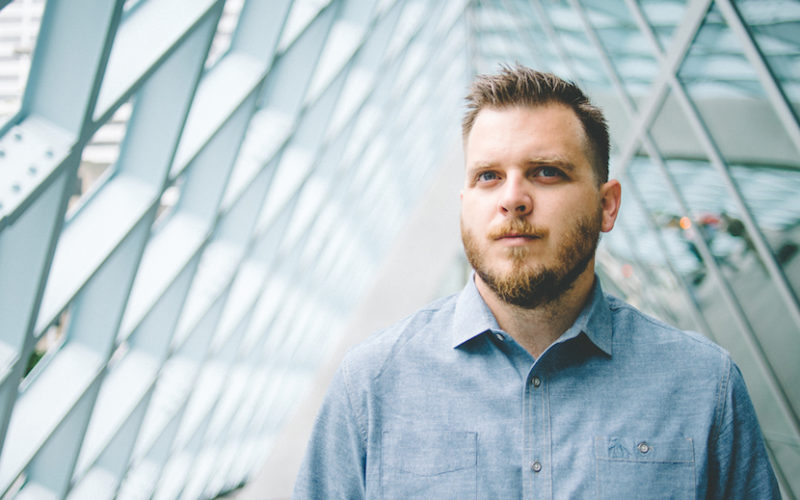 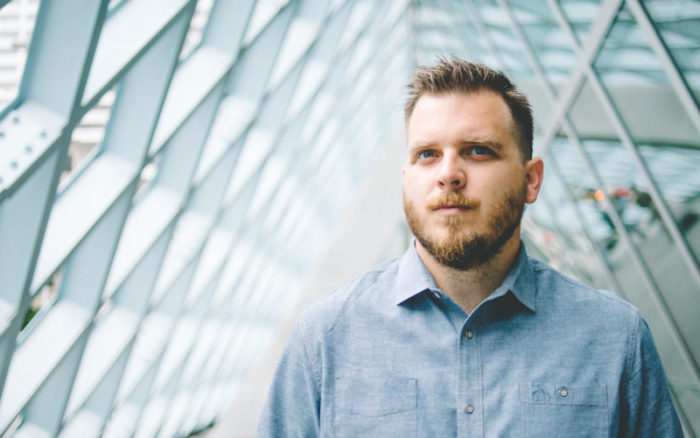 California based post-hardcore rock band, Thrice, earlier this year signed to Epitaph Records and announced the release their tenth studio album, Palms on 18 September 2018. With albums on our minds, Thrice guitarist and vocalist Dustin Kensrue spoke with Louder Than War about some of his favourites.

“I’ll do my current desert-island records, meaning if I could only own 10 records, what would they be” Dustin Kensrue explains “Choosing from the top of my head in no particular order. Also, I just realized that my desert island records are definitely not going to be heavy. Oh well…. now for something different”

If I had to choose just one Wilco album to own this would be it if I could only be it. As consistently good as they are, there is something undeniably unique about this record. The song writing it beautiful but the production is what takes it over the top. Handled differently the record would be simply a fantastic indie folk record, but the strangely textured recording raises it up to become something entirely other.

Radiohead is definitely Thrice’s collective favourite band. As much as we all listen to a ton of different stuff, Radiohead is a constant inspiration and influence. As difficult as it is to choose a favourite Radiohead record, for some reason In Rainbows feels like the most consistently listenable record. From the moment I heard the record it had a comfortably lived-in feel to it, to the point that I didn’t realize quite how good it was until its genius had slowly swelled in my mind after weeks of listening.

Justin Vernon is continually reinventing his approach to music with this project and this third full length is no exception. The record is beautiful and somehow feels futuristically primal.

I probably listen to the National more than any other band, and this record was my way in. I can’t say it’s better than the rest, especially the last few, but it’s got a special place in my heart. If I could ever get sick of listening to it, I would have found out by now. This band takes a while to get into in my opinion, at least it did for me and others I’ve known. Matt Berlinger’s baritone crooning and unorthodox rhythms took a while to open up to me but quickly became a balm to the soul. Try the song Bloodbuzz Ohio.

I love everything this band has ever done but this might be my favourite. As with any Arcade Fire album, there is a ton of variety here. Caribbean rhythms play against disco beats and a punk energy.

There is literally no time or circumstance when this is not a good record. If you are happy, there is it to celebrate with you. If you aren’t it’s there to commiserate and lift you up. Making dinner, road trips, chilling with friends – it does it all.

I know it’s kind of cheating but oh well. There is something special about Patsy and I don’t know that anyone can quite put their finger on it; I definitely can’t. But listening to this collection is a beautiful way to spend an evening with a cocktail and your favourite person.

This record is a classic for a reason. The playing is soulful and subtle, especially from Davis and Coltrane. I know every note on this record by heart I’m sure at this point.

This is work of art. Six lengthy songs, stretching a like a cat in the sun. This is the second of their strange six song records that took a definite left turn from their progressive pop beginnings. While its predecessor Spirit of Eden is also fantastic, I like the more transparent production of the successor.

If you think you aren’t a big fan of Springsteen, let this be your gateway drug. It was for me. The record consists of 8-track demos for what was to be the record. They recorded the record with the full band and then decided that there was something special to the demos and put them out instead. Amazingly the full band recording has still never been released. The record as it stands though is a stark and darkly haunting collection of masterfully told stories of life and death and ill-fated love.

Thrice release their album Palms on 14 September 2018 via Epitaph Records. Pre-ordering is open now and there are various pre-order bundles available here.
Keep up with Thrice news, releases and tours via their official website, Facebook and Twitter from where they tweet as @Thrice.

Article by Katie Clare. More news, reviews and interviews by Katie on Louder Than War can be found at her Authors Archive.

Katie can also be found on Twitter where she tweets as @tokyo_katie.

Katie can now be found on Instagram as tokyo_katie_captures her feed is devoted to photographs  from shows past and present.