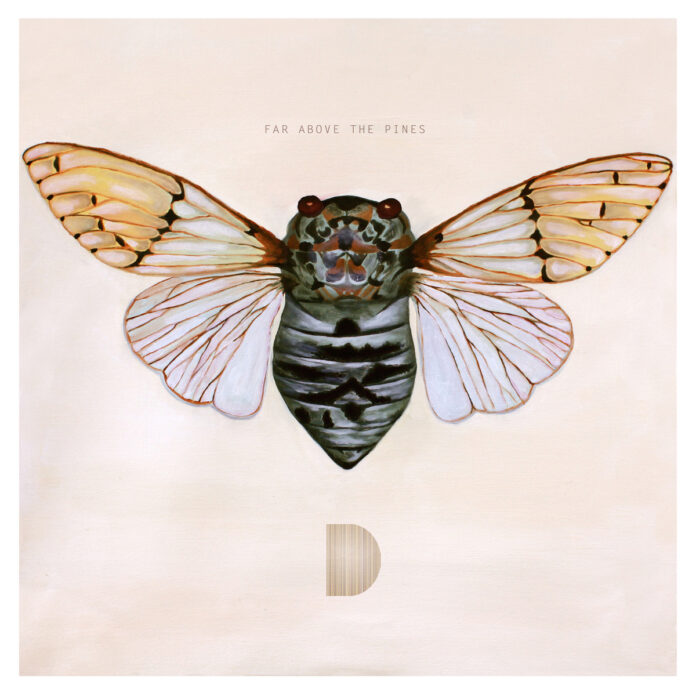 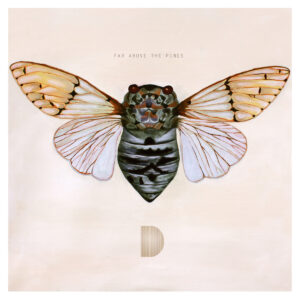 “If you’re ever in the mood to review a progressive black-gaze / post-progressive rock album, I’d love for you to take a crack at mine” said Dust Sculptures’ Josh Marberry to us in an email. Mike Dines reviews.

I’ve often been skeptical of the ‘one man band’; the multi-instrumentalist who locks him or herself away in the relative safety the bedroom to compose – and then bask in the glory of – their magnum opus. The aesthetic can so often take a back-seat to the personal, with stylistic integrity and creative influences becoming increasingly introverted. Almost like a DJ who only plays the tracks that he or she likes, with no thought towards audience and listener. Of course, as with all generalizations, there is the exception, and luckily for me I have found one in Josh Marberry’s thoughtful and carefully crafted musical project entitled ‘Dust Sculptures’; and the resulting album Far Above the Pines. Although written and conceived by one man, the style sounds fresh and in particular structure and form remain eclectic but tight.

Recent correspondence with Marberry sheds light on his influences for Far Above the Pines. He notes his upbringing on earlier repertoire of Swedish metallers Opeth, as well as Porcupine Tree, Tool and Steve Wilson, all musical styles that can be found in his resulting album. The music is almost typically ‘English’ with folkloristic vocal delivery and musical texture reminiscent of the UK prog-rock scene of the 1970s. ‘Take my hand old friend’, Marberry sings at one point, ‘and we will take on the universe’. Yet juxtaposed over this are the meditative soundscapes of Wolves in the Throne Room, the dynamic stylistics of Deafheaven and the eclecticism of Norwegian experimental music collective Ulver. Marberry holds these influences together is a concise, carefully-written album that does not favour one style to the next, keeping a close check on each one.

Although not specified as such, Far Above the Pines has an obvious conceptuality to it. As such, it seems almost unfair to merely ‘dip into’ the album at just any point, as each track builds from the last and then pursues the next. From the anthemic ‘Far Above the Pines’ and ‘Lies the Youngest Mountain’, the album moves along a beaten track of eclectic musical imaginings and soundscapes. With the interesting ‘Under the Canopy of Trees’ in the middle and two long, all-encompassing tracks (‘Life into These’ and ‘Tired Lungs’) at its conclusion, the album mirrors the intelligent and conceptual of those whom Marberry lists as his influences.

Perhaps the only criticism I could level at the composer is his sometimes restrained music-making. The track ‘In the Snow’ for instance, although fitting with the album seems a tad reserved and – in comparison to the other tracks – obviously short. This is certainly not a big issue, and is fitting with the conceptual narrative of the album. However, I felt that the length of this track – and ‘Subtle Things’ – make the middle of the album seem less-structured than the introductory and conclusive bookends. On the other hand, the acoustic-nature and shortness of the tracks provides a well-earned respite from the intensity of the introduction and textual density of the outro.

Indeed, the album constantly pushes textural boundaries, such as the aforementioned ‘Under the Canopy of Trees’, or the eclectic ‘Life into These’. Here, the latter strives to push the music in numerous directions without losing the essence of stylistic focus, a brave and successful endeavour. Furthermore, the cautious approach lends to Far Above the Pines being a wonderfully crafted album, pulling upon a mixture of UK-based prog-rock, Swedish black-metal and Norwegian experimentalism; an ethereal, folkloristic vocal joining the dots between them. If Marberry does lock himself away in his bedroom to compose (and I never did ask him about his compositional habits) I’m certainly looking forward to his next bout of self-imposed boudoir-based exile.

Dust Sculptures can be found on Facebook and Youtube, whilst their album can be heard here: dustsculptures.bandcamp.com/album/far-above-the-pines

All words by Mike Dines. More from Mike can be found at his Author Archive.