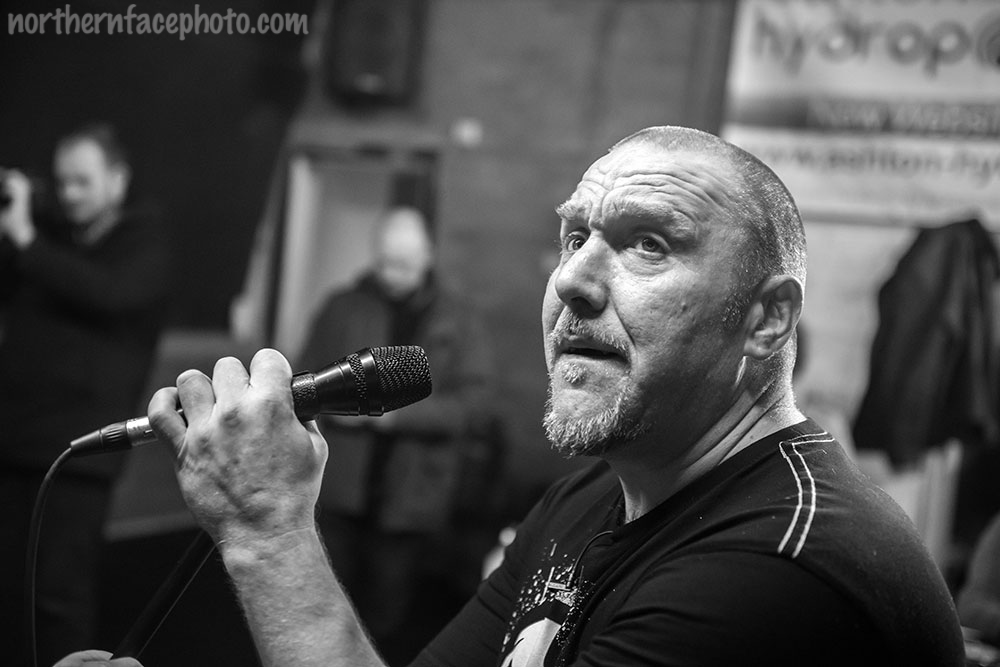 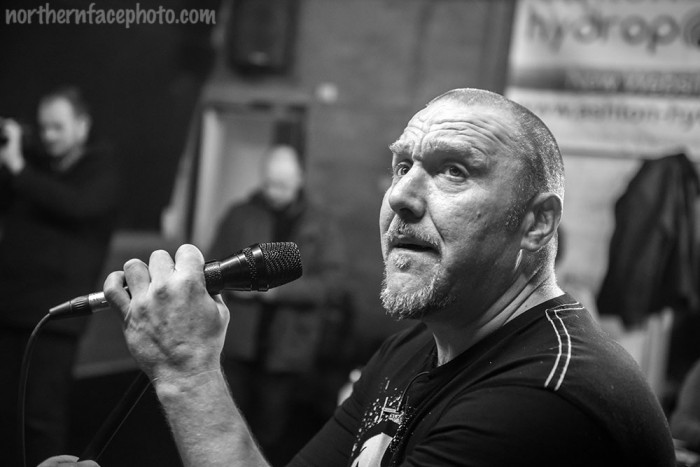 “Not Quite Done & Dusted”, Reunion Concert

If you haven’t heard of the Dust Junkys this is possibly understandable as they have been pretty much inactive as a band since the turn of this millennium, but if you were into your music between 1996 and 2000 you would almost certainly be aware of this band.  Dust Junkys were considered to be British Rap Rock Pioneers throughout that period, leading to comparisons with bands like Rage Against the Machine and the Beastie Boys.  They were signed to Polydor in 1996, their musical recording legacy was a top 40 album called ‘Done & Dusted’.  This was packaged with a second disc called ‘Dub & Dusted’, featuring a batch of remixes/ club versions of the album tracks by the likes of Fun Loving Criminals (who Dust Junkys supported on their European tour).  The album produced a number of singles, all tasty tracks that sat either inside or just outside the top 40.  That said the music found its way into all kinds of places including Sony Play Station games, Hollywood movies, and even Fatboy Slim records.  The “Gangster Trippin” hook “What we doing when the Fatboy’s trippin”, was actually taken from “Rinse (Beatbox Wash)”, which was the b side of “Living in the Pocket of a Drug Queen”.

Clearly calling yourself Dust Junkys and releasing singles about Drug Queens strongly suggest they were counter culture, blatantly flaunting social taboos, and not conforming to the conservative mainstream ideals of the day.  That said Dust Junkys were cool, and supported by a strong cult following of real music fans.

Another part of their legacy was their reputation for being one of the best live bands the UK has produced.  This is something I have heard via many sources, including a number of celebrated musicians.  Front man Nicky Lockett, who initially came to prominence fronting 808 State (under the mantle of MC Tunes), told me that, in the bands heyday, they played 315 shows in one twelve-month period.   That’s a serious amount of live shows!

Now, as you might expect, your humble reviewer has seen vast numbers of bands live, but I never saw Dust Junkys, so I was intrigued to see if they lived up to this reputation.  So here’s what happened.

It was Monday 28th of January and Manchester was dead in the wake of a mega Hacienda gig the night before, and the city’s party people’s festive excesses from the preceding weeks.  It was pretty much tumble weed city.  Factory opened its doors at 8pm, but despite the city’s waning party energies, people started to arrive, including some notable faces from Manchester’s music community.  You could hear people saying things like “I didn’t get up until 6pm” and using phrases like “hair of the dog”, but very quickly it was clear there was an appetite for this gig.

An unexpected bonus was Manchester music legend Johnny Jay throwing down some tasty tracks on the decks.  Something I had not experienced before but am glad I have.

At 10pm Death to Strange came on stage.  In contrast to the Queen Bee’s heavy rock these guys opened with a kind of subdued, almost menacing, chanting which came to a pregnant pause, followed by us being sonically kicked in the head by a hard hitting, yet skilfully delivered melodic set of original indie rock music.  They left the stage and an enthusiastic crowd 45 minutes later.  Members of the audience could be heard comparing them to the Courteeners and Blur, which was pretty spot on.

At 11.10 our attention was drawn to the dimly lit stage as the music moved from the DJ console to a set of decks on the stage.  It was Andy Wong and this meant that Dust Junkys were coming.  Wong captivated the audience with an impressive display of scratching.  The venue was now full to capacity and if you weren’t at the front of the stage you weren’t getting there. Fortunately Factory is a great venue for live music and affords everyone a decent view, even if you are at the back of the room.  Minutes later, the band casually walk on stage literally to screams, whistles and cheers.  The significance of this event was now starting to really bite.

It was the first time in years these four original members (plus Wong, who had performed with them previously) had stood together on stage in front of an audience.  Guitarist Sam Brox started playing the bluesy riff of “Nothing Personal”, to be joined by Lockett’s tough and gritty, hybrid, rapped yet sung vocals.   Drummer Mykey Wilson and bass player Steve OJ reinforced the riff with explosive momentum.  The crowd response was reminiscent of Nirvana’s Smells Like Teen Spirit video.

The band followed this with “What Time Is It?” a track that originally hit the top 40 in Feb of ’98 almost, 18 years ago, but somehow it sounded fresh, as if it could have been made last week.

“Daddy” was next, bringing the tempo down, Lockett pulling something different out of his tool kit, a more soulful vocal dimension.  This was a key moment.  This was not a singer singing somebody else’s song.  This was something hardwired into Lockett, something with a deeper resonance that further fortified his connection with the audience.  It was becoming blatantly obvious why they had the reputation they did for live shows.  We were on an emotional rollercoaster with light and dark, explosions and subtleties.

It was time to push things back up again with some more dirty rock and roll guitar from Sam Brox and an explosion of precision playing by the rhythm section on “Living in the pocket of a Drug Queen”, along with some tasty scratching from Andy Wong.  It is now indisputable that these guys are world-class musicians.

In a kind of foot off, foot on, the gas pedal way, Lockett and the band lulled the crowd and then whipped them back up into a frenzy repeatedly.

The slow melodic rock of “Remember” was followed by the uplifting “(Nonstopoperation)”.  Crowd pleasers kept coming as they worked their way through their repertoire.

As if a Dust Junkys reunion wasn’t enough, something else quite remarkable and unexpected happened.  An older guy with a shock of white hair and beard joined the band on stage to play trumpet on Middle Man.  This guy was none other than blues legend Victor Brox.  If you haven’t come across Victor he is Manchester music royalty.  A highly respected musician, actually described by Jimi Hendrix (who he worked with) as having the greatest white blues voice he had ever heard.  His accolades are too numerous to mention in this review but it will suffice to say that his trumpet work was sublime.  If you hadn’t guessed Victor is guitarist Sam’s (and Kyla Brox’s) father.

After this came more dirty rock and roll with Fever.  The intro to this was reminiscent of Hendrix, Redding and Mitchell.  Sam, Steve and Mykey played so tightly together it was as if they shared one giant brain.

Next was “Moving On” featuring virtuoso bass work by Steve OJ.

This was followed by yet another crowd pleaser “Here I Am”.

As well as playing songs, there were some really impressive displays of improvisation, which looked to be driven by Mykey Wilson, certainly demonstrating his versatility, and proving why he is such a highly regarded drummer.

It is getting increasingly rare these days to see a genuine encore as they are pretty much expected, making audiences lazy.  Not this audience!  Lockett had announced that  “Wasting Hard Time” would be the final track of the night.  At the end of it there was no way the audience were letting them off the stage without another track.  They had been waiting for 15 years for this.  The finale was “Get the Funk Up” which pushed the energy levels even higher, though it hardly seemed possible.

The band left the stage and their appreciative audience who had been well entertained. Johnny Jay handed the baton over to DJ Vince Vega who played the final set of tunes.

It was quite an emotional gig.  There was a lot of love for the band from the audience and a lot of appreciation of that from the band.

Do they deserve their reputation for live excellence? Lockett was an excellent front man, and very likeable, Brox’s guitar sound and playing were stunning, Wong did the business on the decks, Wilson’s drumming was perfection and OJ’s bass skilfully cemented the whole thing.  They came as a cohesive force and frankly they kicked the crap out of the vast majority of bands I have seen, with only three days to rehearse for this show.

This event makes a compelling argument for them to hit the road again and to get back into the studio.  So I have this to say to you Dust Junkys  “Come on you dirty funkers!  One album is not enough.  We want more.”