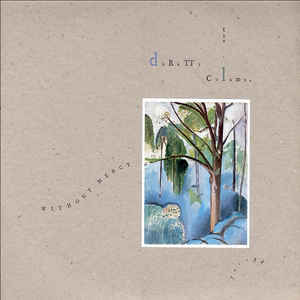 Two archive releases from Durutti Column, the first a deluxe 4 disc edition of their 1984 album enhanced by many bonus tracks, including two live sets from the LSE in 1984 and Oslo two years later. The second is a 2 disc “best of” collection spanning their activities for 1979 to 2011….LTW’s Ian Canty hears the logical conclusion of Vini Reilly’s experiments, when given a fatherly nudge toward a classical direction by Factory boss Tony Wilson….

By 1984, Vini Reilly had pretty mastered the art of moving and subtle guitar instrumentals in a short format with his band Durutti Column but Tony Wilson, always the band’s mentor and friend, wanted them to progress even further. He suggested that the next Durutti Column album should be as a long-form instrumental suite, set out very much in the way classical music was presented. Going along with this idea as it was the direction the band were moving towards anyway, Vini and his faithful oppo Bruce Mitchell (plus guests including Blaine L Reininger of Tuxedomoon fame) came up with Without Mercy, with 2 lengthy side-long tracks that made up the LP as a whole.

The first side of the original album (tracks 1 to 4 here) are much in a straightforward classical mode, with for most of the time piano and viola being the lead instruments. This found the band streets away from any Rock/Pop of the time, but they retain the passion and vision of their previous recordings, while taking on this new environment with gusto. The pacing of the piece undulates and the viola skips in and out, providing more than adequate emotion even without the assistance of words.

A repeated piano riff works as the anchor and the long running time coasts by. Side two of that vinyl LP (track 5 here) was more in the way of Durutti Column’s previous work, with Reilly’s guitar back at its heart and prominent electronic percussion showing up well too. A much more urgent sounding piece, in effect the counterpoint to the reflective mood of earlier on. Altogether this was a brave experiment for a time when people were still obsessed with the singles and that Durutti Column managed to pull it off with aplomb is to their great credit.

As well as the original album on disc 1 we get extras in the three tracks in Duel, Estoril A Noit and Favourite Descending Intervals, which were reworked on into parts of Without Mercy. Estoril A Noit stands up particularly well away from the parent album with the kind of flowing guitar notes Reilly had made his trademark. Also adding value are the elegant The Sea Wall and All The Love And Maths Can Do, which is imbued with a strange kind of static beauty.

Disc 2 here includes all of the six track Say What You Mean, Mean What You Say EP with Silence being the standout for me. It has a beautiful understated feel to it, evoking a delightfully balmy atmosphere. There are four live offerings which are off-cuts of Without Mercy, two of which Mercy Theme and A Little Mercy became shorthand for the full work in the live setting. There is also the brief piano skitter and percussion of Paresseuse Angel, an odd sounding off-cut.

Of the two live sets which make up discs 3 and 4 here respectively, for me the 1984 showing at the LSE just has the edge. Both feature some Without Mercy material in shorten forms and both have been captured in a pleasingly full clarity. A testimony to the hard work and expertise of the musicians who featured in the Durutti Column line up of the time and of course the Factory Benelux folk who polished them up for release.

The LSE performance has great takes of Pauline and The Room, which reminds me a little bit of New Musik, not a bad thing as Tony Mansfield’s Pseudo New Wavers always had something different to offer for me anyway. Ornithology surprises too, being a piece mainly for brass. Another different style, it is a great deal of fun expertly handled and E.E. is another goodie that is full of frosty Electro sheen. This is a fine demonstration of DC’s strengths in the live setting at this point in time.

The Oslo disc has a lot of good stuff on it too, a subtle but purposeful treatment of Dreams Of A Child being a real highlight. The set climaxes with the sad, sensitive Pop of Tomorrow glumly concluding “tomorrow never comes”, which juxtaposes keenly with the positive vigour of the melody. However a bright and jubilant version of Blind Elevator Girl ends things on a high, hopeful note. 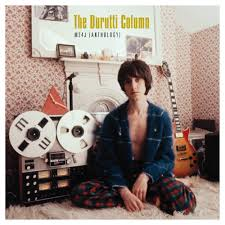 Though this new comprehensive reissue will be greeted with open arms by aficionados of Mr Reilly’s works and Factory Records obsessives, newcomers to the DC canon would be better pointed towards M24J (click here for further info), a newly compiled double disc which neatly summarises Durutti’s output from the late 70s into the 21st century in 33 tracks. Sketch For Summer from the Return Of The Durutti Column starts things out almost at the very beginning, Reilly’s fluid and instantly recognisable guitar introducing itself as the band’s line of communication in lieu of vocal contributions (though there were some to come a bit later on).

There is a fantastic version of The Beggar captured on tape live in Paris which demonstrates the magic of the band admirably and Love No More includes an operatic vocal styling and even slight Flamenco element to the guitar. The Column never minded throwing a new tricks into the mix, even if Vini’s guitar was almost always in there somewhere, clearly marking out the territory.

On the second disc pride of place must go to Reilly’s tribute to Tony Wilson, the three part Paean To Wilson. The first portion is a looped question that Tony posed “Is this an artform or are you just a technician” which segues into the next phase entitled Chant, really driving with some great guitar wizardry and lovely female vocals. Completing the trilogy is Darkness Here, a dramatic viola coda. Spellbinding stuff. Speaking of Wilson, he was apparently given to admonish Vini for his singing and lyrics, probably part of the reason why some much of DC’s work is instrumental. For me though The Missing Boy (also on this disc), with Reilly’s hesitant voice in full effect and mysterious words, works really well.

The three live tracks from Leeds in 1980 may provide temptation to the collector and there’s certainly a lot to love in this candid shot of the very early days of the Column as a live entity. There is some nice engaging patter with the audience (“Do you want some more? Nice audience…ok fucking awful audience!”) and the quietly demonstrative way they set out their stall impresses here, the sheer nerve of allowing themselves to be quiet in the din of Post Punk. Quite a feat, really.

Vini Reilly’s work as Durutti Column may be, as the press release has it, unclassifiable. Although once one is familiar with his guitar work though, you instantly know when you’re listening to him, it’s a signature as clear as a voice. Newcomers now have the perfect starting point in M24J, as neat a summing up of Durutti Column’s work as we are likely to come across.

More ardent fans will be delighted with the thorough treatment Without Mercy receives here – DC are lucky to have their back catalogue curated so well, this is a beautifully packaged and authoritative release. The extras add value to the work itself and everything here is interesting and unique. You won’t hear another band like them. All of which means they are certainly worth a few hours of your time at the very least.