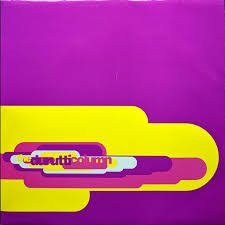 When Obey The Time made its entry into the world in the run up to Christmas 1990, Durutti Column had been in existence for 12 years, mostly working on their muse oblivious to the pop world. During that period Vini Reilly had done something rarely achieved in popular music, that is making his guitar an instantly recognisable motif, as much as any lead vocalist.

It had been a long time since their first vinyl adventures on A Factory Sample and perhaps the more representative Return Of The Durutti Column album, but from the debut LP onwards at least there was always that common thread. On that evidence would be easy to assume that Reilly lived in a bubble of his own, but other music influences wove their way in and out making a mark, if never quite usurping that guitar.

This was the case in album number 8, Obey The Time. Still based in Manchester and on Factory Records, Reilly soaked in the localised buzz around house and electro dance, and incorporated some of the dance elements into the Durutti sound, utilising only what truly fit. Because make no mistake he always used any outside influences in his own particular and peculiar way, and whatever came out in the end was nothing other than Durutti Column. This album was a near “true” solo project with Vini playing and producing everything, apart from long-term foil Bruce Mitchell playing drums and percussion on Art And Freight.

The album is bookended by two short, interlinked ethereal guitar pieces entitled Vino Della Casa Bianco, very much in the traditional style of Durutti Column. In between things deviate far more, with an almost disco rhythm and guitar fragments shooting in and out on Fridays, and even a bit of that House piano on Spanish reggae. The aforementioned Art And Freight is lovely and light and the Eastern pulse to The Warmest Rain gives the primitive electronic percussion a boost. The best track for me is House Of The Lake 1990, which takes dance and trance beats and transforms them into something spacey and beautiful, even a bit PIL-like in places.

The bonus tracks on this disc are more overtly in the dance mode, with self-explanatory The Together Mix and Kiss Of Def leading the way. The former is seasoned with some quality female vocal scat singing and the latter has a thudding beat which does not quit. The cool electro of For Zinni II works really well and final selection The New Fidelity has wisps of that guitar and a quiet, contemplative aura.

The second disc here gives us a further 17 rare tracks includes some which were scheduled for the unreleased albums Guitar One: House and Guitar Two: Acoustic. Beginning with the very house sound of Together – Razormaid Mix, the following Megamix teases out the themes from the Obey The Time LP in a dance style.

The brief Paradise Passage Road is a real oddity, a story song that is quite difficult to catch the gist of, but told well over sparse piano and organ. Rope Around My Neck is even more inaudible, again semi-spoken with a blues touch to the guitar line. The two part Boat People has some excellent guitar picking and Octaves sports a nicely fuzzy tone. The Awards Show has samples and beats and is a bit “of the time” but My Country (Monarchy Mix) is a little more convincing with a driving house beat.

The third and final disc is taken from a performance from Manchester University’s Whitworth Hall in the summer before the release of Obey The Time, where some bright spark with their eyes on Madchester billed Vini as “The Acid Guitar”. Only set opener Home comes from the LP itself, with the rest mostly being tried and tested DC material from the previous decade. It’s a good set with Vini quite talkative throughout, at one point thanking someone for his jumper! Opera II is given a lovely treatment, with a decidedly eerie feel to the voice and guitar. Older favourites like Jacqueline and The Missing Boy gets convincing outings and Take Some Time Out has Bruce Mitchell relishing his part (before the song Vini says it isn’t very good and is only played because “Bruce likes it”).

This is another nicely put together set by Factory Benelux, who continue to do justice with their deluxe reissues of Durutti Column’s back catalogue. Obey The Time may not be the most loved LP that Vini Reilly has been associated with, but given the time between the release and now the house and techno influences don’t seem too intrusive. They are mostly all worked into the Column’s milieu in a wholly natural way and the results are different and pleasing. Obey The Time is another well crafted effort and the hard work that FB have put into this release pays off and has a marked symmetry with Durutti Column’s painstakingly designed sounds.