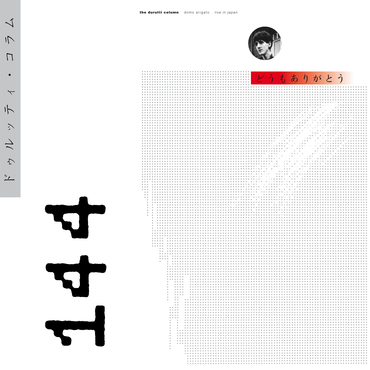 Vini Reilly came up through Punk’s original upsurge but it’s unlikely anyone would single him out as a “Punk” icon of whatever. Durutti Column are hardly ever mentioned in despatches much even in the Post-Punk literary kickabout either. But if Punk meant just pursuing what you liked without any real considerations given to commercial concerns, perhaps Vini and Durutti should bear consideration. Since bringing the curtain down on the Nosebleeds after the aborted Morrissey link up, Vini Reilly has overseen Durtti in his own low-key but intense way, following a path that only could be theirs. Since the first line-up fractured after contributing to “A Factory Sample”, Reilly has been the sole tiller at the wheel.

Starting out by recording only instrumentals with his otherworldly guitar prominent, they released The Return Of… on Factory in 1980 when it was overshadowed by Joy Division’s Unknown Pleasures and A Certain Ratio’s early moves on the same label. Wrapped originally in a sandpaper sleeve, the abrasiveness of the packaging contrasted wildly with the fluid and meditative music. In a way though it was as shocking an aural as design statement; in the face of spikey Post Punk, to be quiet, reflective and even gentle was close to taboo.

By the time of this recording in 1985 Reilly was also singing in his own downbeat but utterly charming manner and he had assembled an adept musical unit including his long time collaborator Bruce Mitchell (Ex-Albertos Y Lost Trios Paranoias). Apparently the band were never happy with the original mix and track listing, so this boxset restores the running order to the gig’s set-list and has also been remastered from the original tapes. Included as bonus features are a recording from a performance at the Tokyo Loft a year earlier in 1984 which is added to disc 3 and a DVD of 9 of the songs from the 1985 gig on the final disc.

Listening to the originally released version of Domo Arigato on disc one here, it’s difficult to see what was actually wrong with it in the first place, as it sounds pretty fab to me. Perhaps the rejig of the set-list took something away from the power of the performance and the momentum? The crowd might sound a bit distant and politely applaud (though that’s the same for the restored version on discs 2 and 3) which I suppose we must accept as the right thing to do, as despite their strengths Durutti Column wouldn’t have folk leaping about and screaming. The sound and playing is pristine throughout, you would not necessarily know this was a live recording at all apart from the audience giving their measured appreciation between songs.

Moving onto Disc 2 (and disc 3 as the full performance is presented over the two discs here for the first time) we see exactly how remodelled the original album was when compared to the show itself. The version of the Missing Boy on both versions though is simply astounding – going far beyond the studio take and drawing to an almost Dub-like conclusion. During the song it sounds like Reilly says “I don’t believe in stardom” which is the Durutti credo in a nutshell – there’s nothing glitzy or pretend about them, just the pure distillation of the band’s art. There’s great versions too of For Belgian Friends and Jacqueline among many others. They were evidently caught on a good night here.

Also on disc 3 we have as a bonus 8 songs from a gig the previous year at the Loft Club in Tokyo. This features far more on-stage conversation by Reilly (to both the sound crew and audience) and also 3 songs not in the set played on the 1985 gig. Never Known isn’t that different from what the Smiths were doing at the time being equipped with some nice jangle and Take Some Time Out/Messidor is Post Punk Pop class, even if Love Fading does threaten to enter John Shuttleworth territory to start with it quickly rallies! All things considered it’s a good showing too.

Then we come to the accompanying DVD. This features 9 tracks from the gig, professionally recorded for Laser Disc release, you’ll have to ask your parents about that one! Bookended by photos of the band’s trek to the east and the aftermath of the gig, what is portrayed here is a textbook example of Durutti Column’s art, quiet but almost psychotically tense. It’s far from your usual Rock ‘n’ Roll show (though Bruce Mitchell seems to be having a whale of a time and why should he?) and Reilly’s fragile, almost spectre-like presence does add to the slightly eerie feeling, like you were the one person actually seeing the performance. It’s a very simple spectacle, four people on stage with only two playing something for the majority of the time, but spellbinding as the appreciative audience no doubt discovered (they sound a little more vociferous on DVD). This DVD is pretty much essential for fans and also to people like me who never got the opportunity to see them live.

This new box is beautifully realised and designed in the true spirit of Factory Records, to honour one of their founding fathers. Vini Reilly is an authentic original who never once deviated from what he considered his path for anything as grubby as money or fame. Here we find him in the middle of the 80s, when everything else was so fake and faddy, just being himself and it is brilliant to see and hear. Health problems may have proved a setback for him in recent years but more power to his (and Durutti’s) elbow. Factory diehards will want this of course, but Domo Arigato Deluxe is as good a document as any to start your Durutti adventure with, being surprisingly accessible, heartfelt and above all, real.