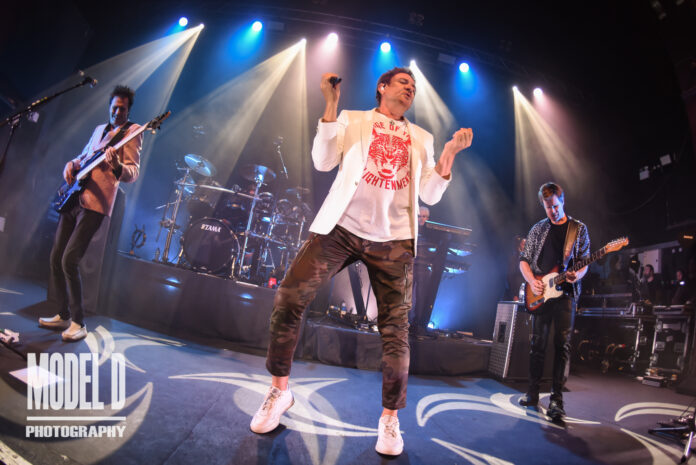 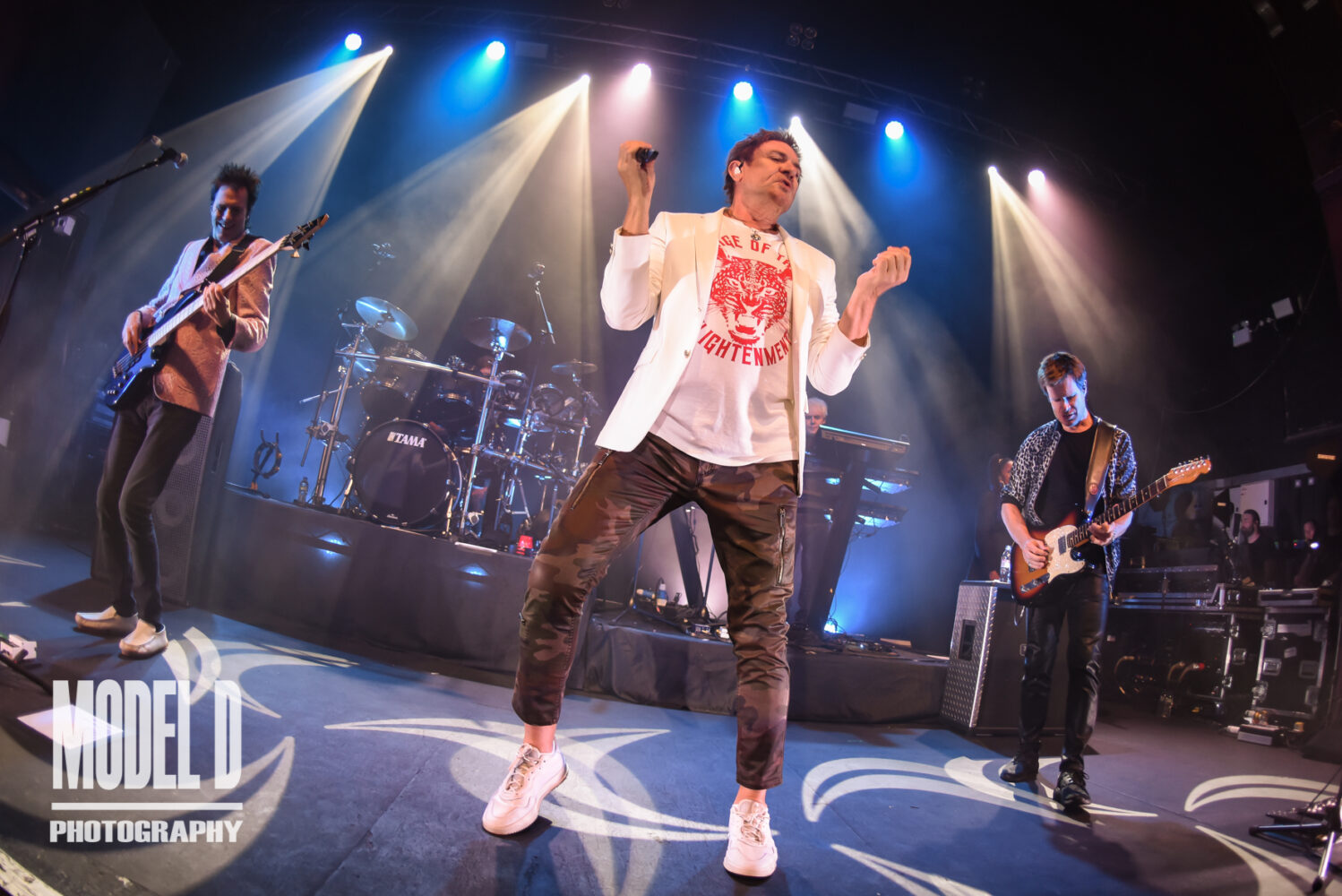 The iconic new romantics Duran Duran bring the celebratory spirit to their home town in the wake of their upcoming new release Future Past.

Anyone arriving in Birmingham tonight is in no doubt of Duran Duran’s status as an integral element of Birmingham’s psychogeography. Located close to Birmingham’s coach station, the O2 Institute has been taken hostage by the fans. At 4pm (three hours before the doors would open), there’s already approximately thirty people queuing by the entrance. Some of them have been waiting there since 8am. A group of fans at the front share their hauntological experience in connection with their favourite music. “Back in the early 80s, when Duran Duran first came around, we were all presumably the same age,” says fan, Chris Nichols. “It’s the sound of growing up”. For Chris and his wife Anne-Marie this gig is the first opportunity to see Duran Duran playing live. Both admit that watching the band feels like a homecoming. Their presence is evocative. “After they emerged, there were two kinds of boys in schools,” remembers Anne-Marie. “There were boys that wore denim jackets and liked rock music and those who liked New Romantics, and it was unusual to see boys dressed in feminine clothes, with long hair and make-up”.

From the side of Milk Street, near the backstage entrance, a group of international fans wait to catch a glimpse of the band. “We are all here for something that unites us and this is Duran Duran,” says Stephanie, a longtime fan from Germany. “I have been following them since 1981 when they released Girls On Film. In Germany at that point, there were many Depeche Mode followers so they were more gothic and not as colourful as New Romantics. I have tickets for both shows because they play it differently every time. It’s really precious to be here”. 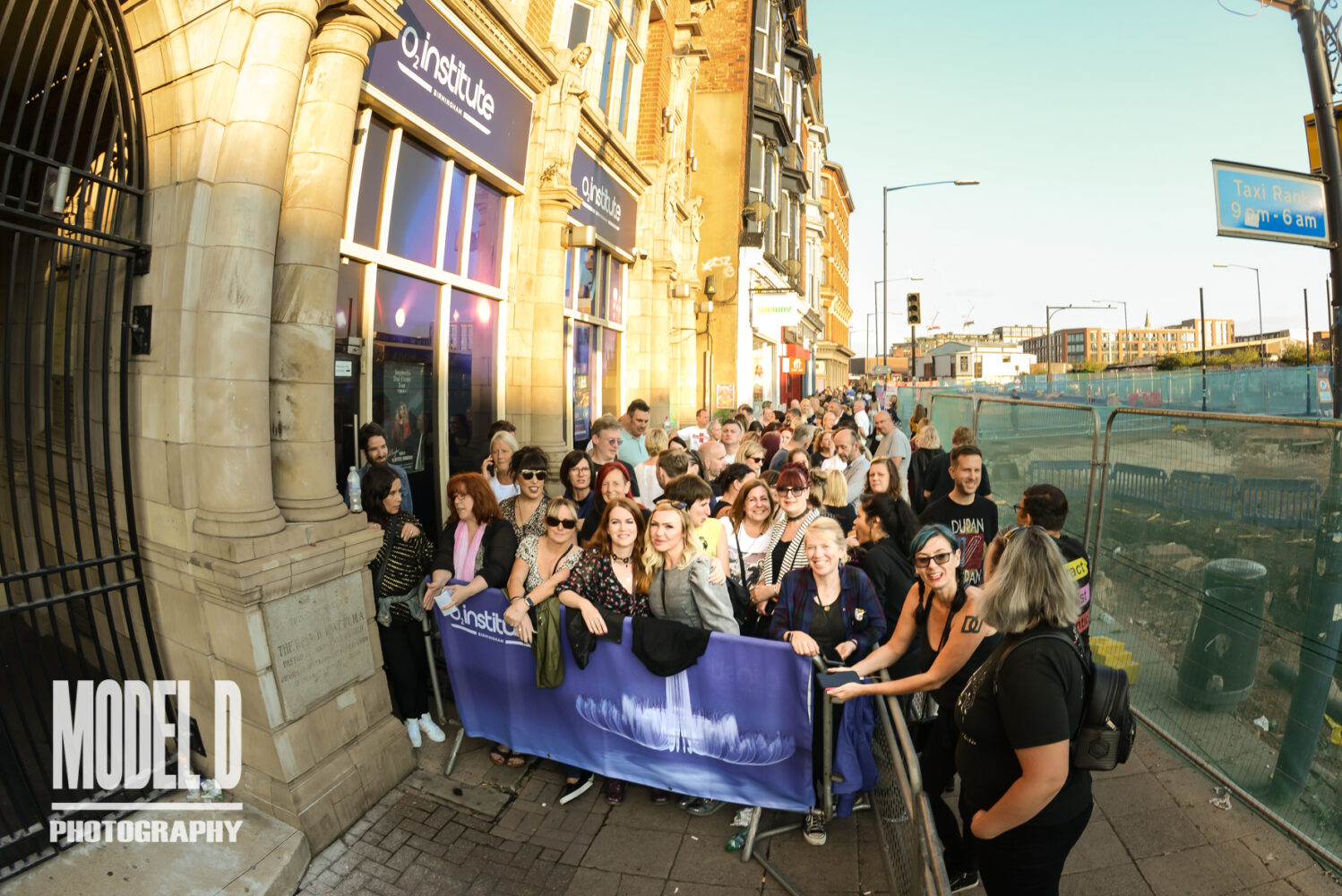 Some fans admit they have travelled from other continents. “One of the things that has resonated with me is the combination of lyrics and music”, says Baranduin Briggs, a California-based follower of Duran Duran. “The lyrics are angsty but the music was so upbeat and poppy”.

Once doors open, the crowd hurries to line up in front of the stage. As the band takes their time, the excitement grows. The baroque interior of the former Methodist chapel is gradually filled to the brim. “They are always late,” states one of the fans, seemingly accepting this as part of the usual ritual. Perhaps, a nonverbal communication between Duran Duran and their audience. The band eventually show up at 9.15pm. Accompanied by splashes of applause and yells, they perform Invisible, the new single, a song about a person feeling unheard by their partner. Despite seeming melancholy, the song fires the hall up. As they proceed further, the funky element comes to the fore. The slapping bass of John Taylor and vocals of Simon Le Bon, whose sparkling presence brings to mind James Brown, fuel the excitement. “Why don’t you use it?/Try not to bruise it” – lines from 1984’s The Reflex are sung in the unison with fans.

Other hits pluck universal strings of nostalgia. One of the most recognised, Come Undone, has traversed the media space across the world. Its ballad-esque melody and cool keyboard sound inevitably summon up the sonic patine of 90s radio shows as well as scenes and phantoms from more than twenty years ago. 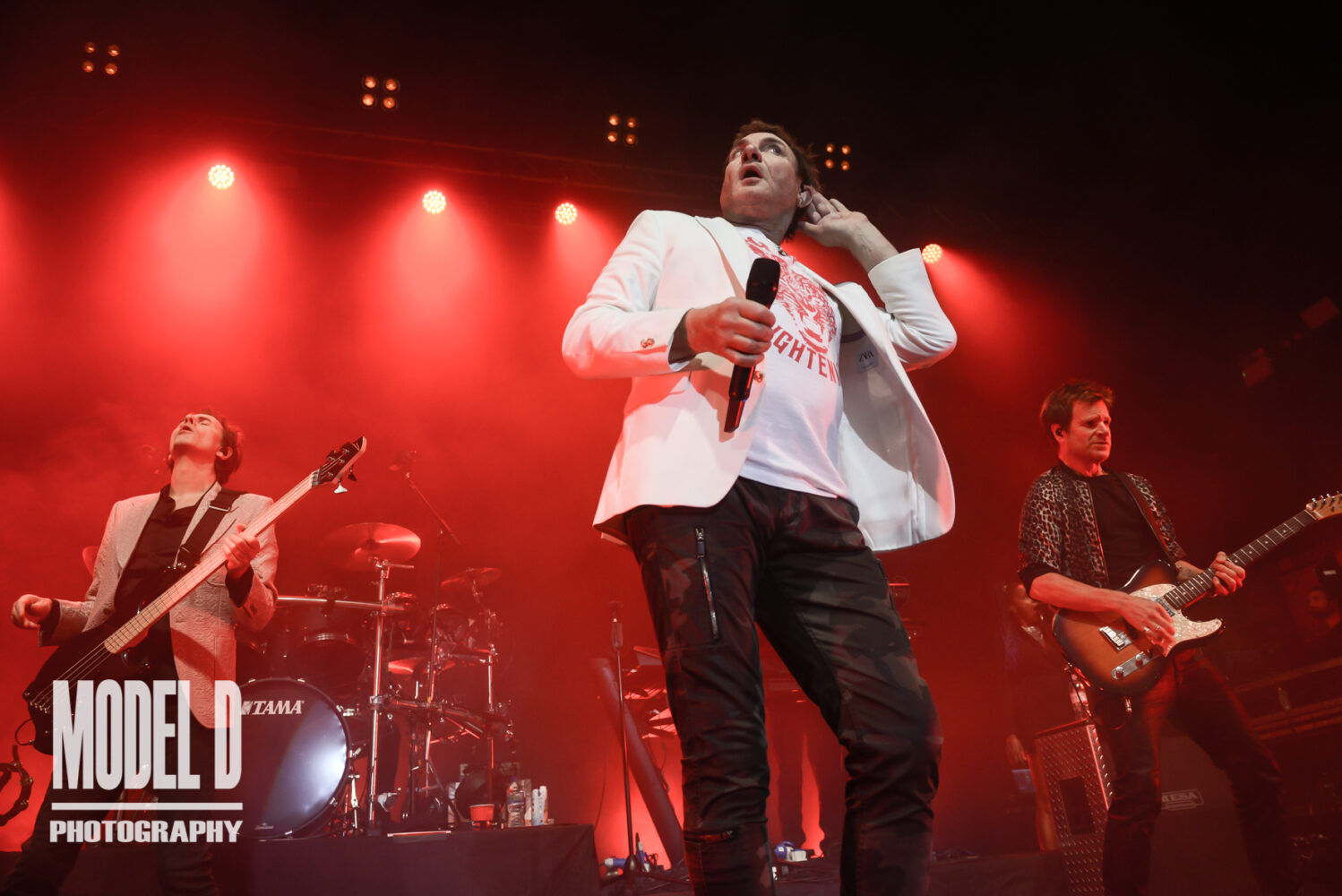 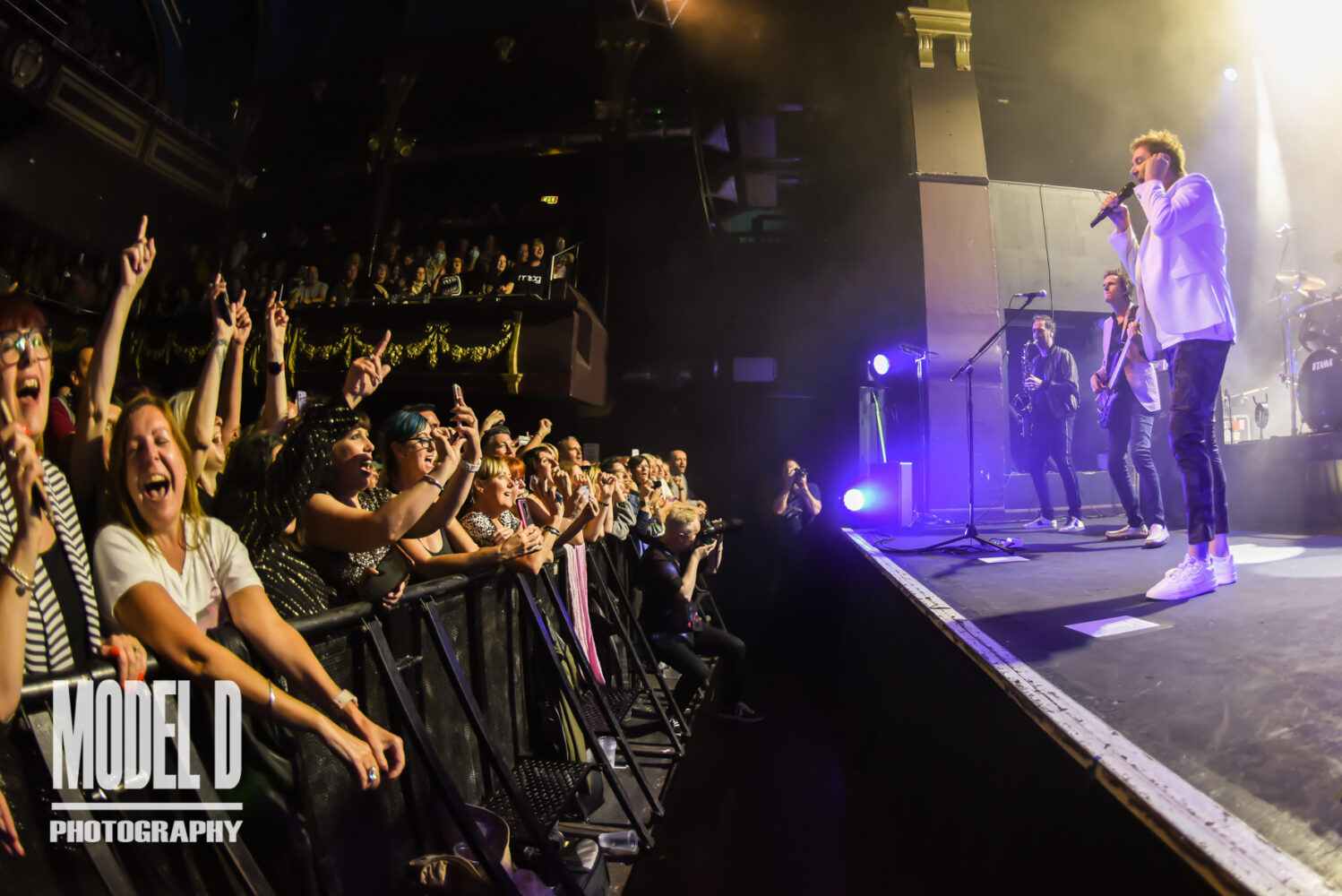 Seeing Duran Duran in a venue with a capacity of 1500 people is interesting. The intimacy reveals personal links to the music. The final encore, Rio,  exposes the telepathic connection between Duran Duran and their fans, singing along “I’ll tell you something, I know what you’re thinking”.

The show presents the band as a local phenomenon too, zooming in from the international  back to the metropolitan. It all started here in Birmingham. One of the longtime fans, Sarah Wells, sums it up. “What about all those people who said they wouldn’t last five minutes, and here we are forty years later.”

Photography by Gareth Burrough, you can check out his portfolio here.