Home Blogs Dunstan Bruce: “Am I Invisible Yet” one-man-show preview 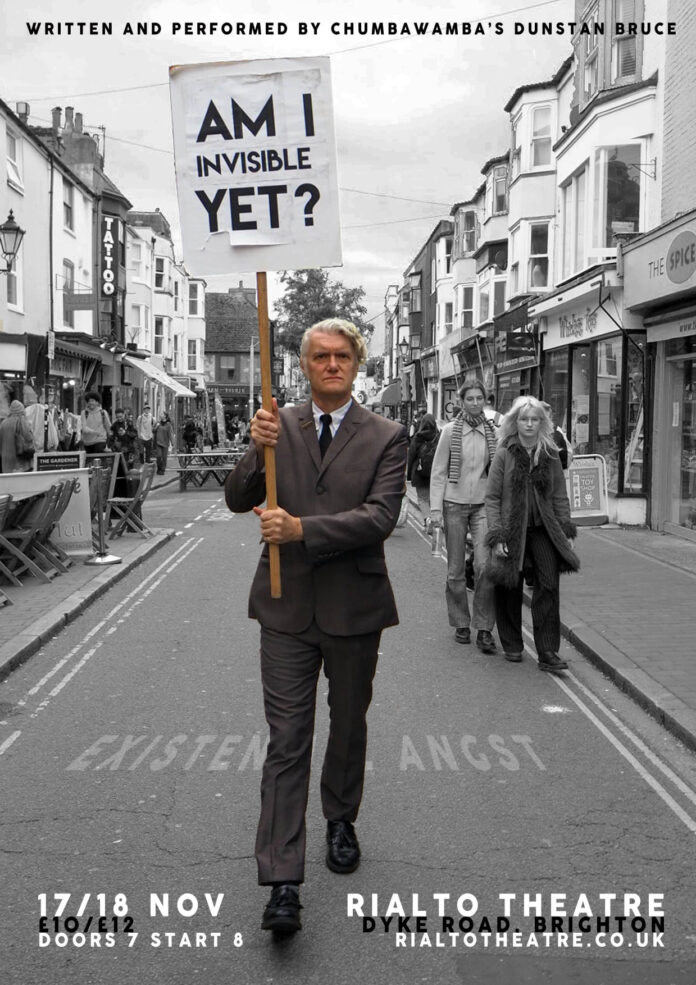 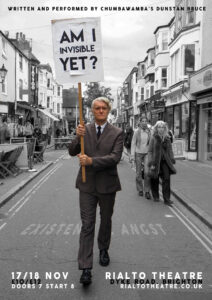 “Am I Invisible Yet?” is part a companion piece to the “I Get Knocked Down” documentary Bruce premiered last week in Leeds. And part..

“rage against the increasingly inert world of the middle aged man. It’s a personal, irreverent voyage told through poetry, prose, music and projection full of despair, anger, love and ultimately hope. I reckon it’s a journey that will resonate with everyone who once thought they could change the world but also act as a cri-de-couer and a kick up the arse from someone (me) who once graced the biggest stages in the world but now after my fall from grace finds myself determined to get back up again.”

Expect existential angst, punk poetry, and a soundtrack by Interrobang (and a little bit of Chumbawamba).

Grab your tickets from here