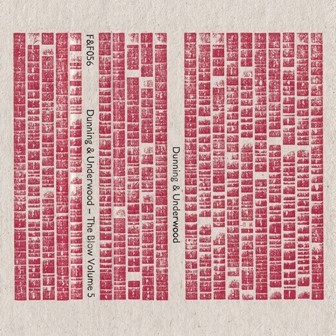 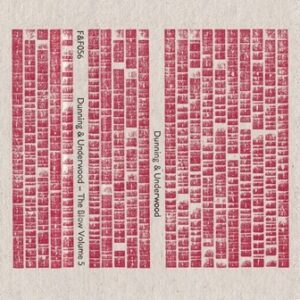 It’s time to be honest here. Writing about “experimental” music can be exhausting. Thousands of files sent from people all over the world wanting you to check out their latest compositions created using spoons, live goldfish and a slapped tea towel. “It’s my art” they cry as they sit on a stage and play Connect Four for twenty minutes with a microphone next to the game (this actually happened) and you know what, they’re right. Art is in the eye of the beholder and sometimes you just want something that will hook you and not be all about raging against the conformist mind. This is what a lot of experimental artists get wrong these days. They cite Throbbing Gristle as influencers but miss out the bit where TG contained craftsmanship. Experimental music isn’t about how it is delivered it is about how enticing the finished sound is and does it have any entry points for the listener. Taking all this into consideration you may be a bit reluctant to step into the world of Dunning, Underwood and The Mammoth Beat Organ. Hell even the title of this new form of instrument carries with it a slight wink and a nod which when you research it is perfectly apt as The Mammoth Beat Organ belongs in the lineage of promenades and rickety roller-coasters, dodgems and ice-creams. The work that we are presented with here is highly avant-garde but totally familiar. It is the chaos of sound that surrounds us on a busy day at the fair.

Here’s the how’s and why’s:

So know that you know the ins and out, what about the music? It is such a joy to reveal that The Blow Volume 5 isn’t just another case of experimentation for experimentation’s sake. There are a myriad of hooks and melodies that flow through the album cascading around you, teasing you by getting close enough to be touchable before flying away. In Suggestible State you have a hip-hop beat meat Asian melodies creating a piece that you can almost dance to whilst Trapped In A Walled Garden is the sound of insidious drone following you around a lost part of a city at night with random slashes of tin and metal grinding behind you ever threatening. Closing track Demon is pure techno-jazz filth that pummels along at a stunning pace making it an album highlight and a sound definitely worth exploring further for the duo.

With Blow Volume 5, Dunning and Underwood have done what every experimental musician should do. They have created a concept, ideal and final work that is extravagant, bold, progressive, testing and ultimately wonderfully listenable. Here is an album full of more melodies than your average pop bands output but instead of being a singular thread, this is a work where everything is frayed and explosive forcing you into doing some work. Long live The Mammoth Beat Organ and all who breathe life into her.

You can find out more about The Mammoth Beat Organ here