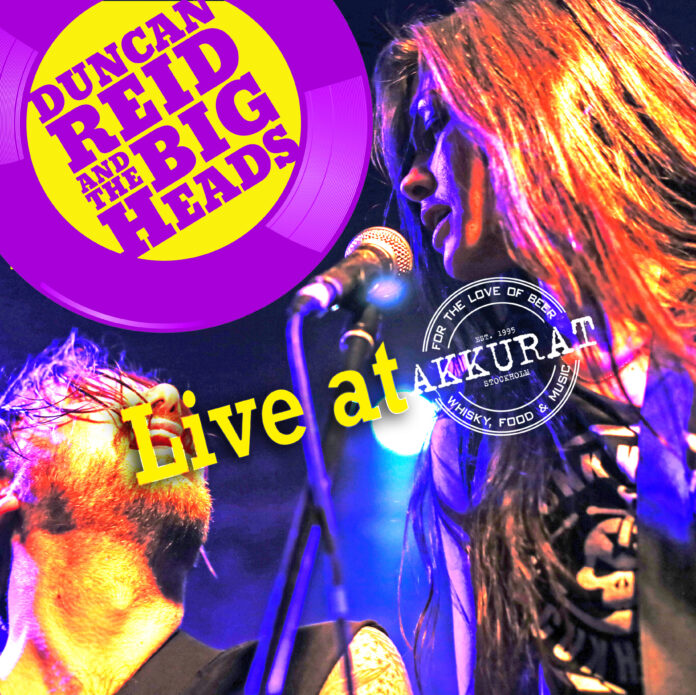 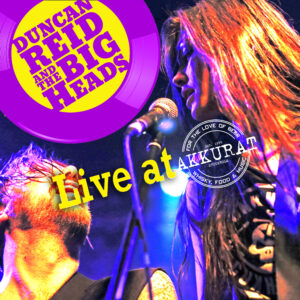 There has been a big gap in many people’s lives over the last 12 months. In mine specifically, that gap has been Duncan Reid & the Big Heads shaped, with 2020 being the first year in many to not have been dramatically improved by reaping the benefits of the Big Heads live experience.

The band have been missing the live arena too and in a selfless life saving act, they have made the generous decision to release a live album to fill that gap and bring some sense of satisfaction in scratching the itch for those of us who are pining for some live music.

Appropriately Can’t Stop kickstarts the live Big Heads experience on this album, signalling the start of a whirlwind of non-stop energy and persistently and peerless power pop. The best way to experience this album is turning the volume up to 11 closing your eyes and imagining the perpetual energy on display from the four power pop superheroes. Main man Duncan Reid a bouncing bundle of kick ass bass energy, the tower of power that is guitarist Nick Hughes striking ironic rock star guitar poses with co-conspirator the incredible whirl-i-gig that is Sophie Powers and at the back the indefatigable powerhouse keeping everyone in check the wonderful Karen Jones.

The energy doesn’t abate as they launch into Montevideo with nary a breath. There are moments where you can catch a breath, during some of the slower bits in songs like the playful Thinking. When they play songs like Rolling On, you can even see the knowing grins on the faces of each one of the fantastic four during the instrumental breaks before they all crash in together perfectly timed as always.

When you listen to the sixteen songs on this live offering, you realise just how epic and consistent in quality the bands back catalogue is, the set list offering up all the prime cuts from all of their releases (apart from latest album Don’t Blame Yourself). When you have a burgeoning catalogue that means you can play back to back unrivalled songs like Rolling On, Bombs Away and Kelly’s Gone Insane it is actually insane that this band isn’t massive and playing stadium gigs. There is no false modesty when Duncan tells the crowd, maybe slightly tongue in check, how brilliant C’mon Josephine is before the band launch into another perfectly soundtracked vivid vignette of life. He is not wrong though. It is as brilliant as he suggests. As are the other fifteen songs here.

The Beginning of the End of the Party

‘77 signals the start of the end of the party as Duncan takes us back to the time when it all started for him and The Boys. Fans of the live Duncan Reid and the Big Heads experience will be familiar with what’s coming. It is head on into the full tilt party piece and audience pleaser that is the timeless classic from The Boys, First Time. Time for one more and it is the wonderful One Night in Rio from The Difficult Second Album. A satisfying end to what proved to be a joyous experience, one that I wanted to repeat again immediately.

In a cruel twist of fate, while this album has plugged that Big Heads gap in my life and brings a massive grin to my face each time I listen, it has also just made me realise just what I really been missing. The sooner we can get out to a gig safely and get back to some sort of normality the better. I miss Duncan and Co. and I miss live music.

Pre-order on Bandcamp now – link below.