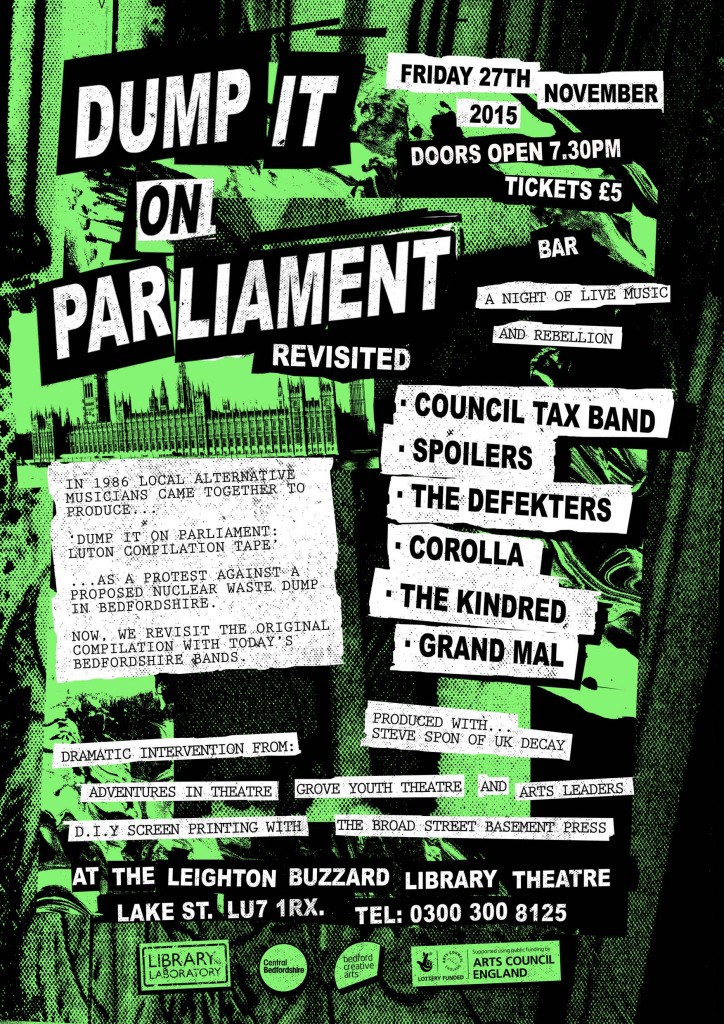 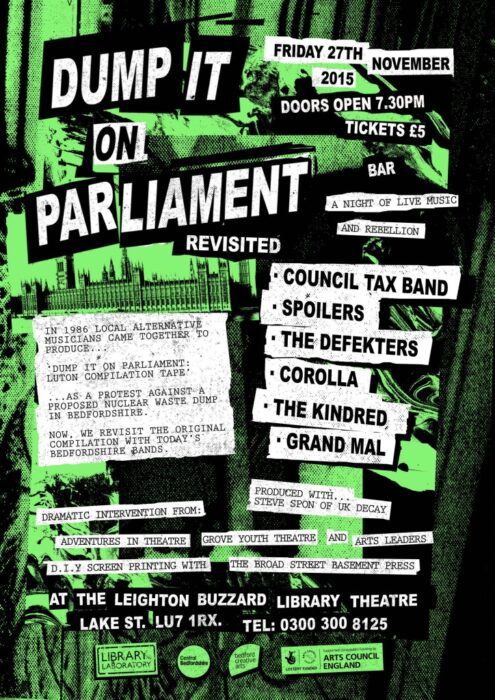 This is a fascinating project in Bedfordshire which aims to recapture the spirit of protest music from the mid-80’s and use it to galvanise the contemporary protest bands of today. The government of the time had plans to use land near Elstow as a dumping ground for the nuclear waste of the nation. Unsurprisingly, the residents of Bedfordshire failed to share the enthusiasm of the Tory government for this particular initiative and organised sustained protests.

However, in an inspired twist, the spirit of that time has been captured and distilled into more contemporary issues as modern bands from the area play covers of the original tracks and sing about what they would like to dump on Parliament today. The project is being mentored by UK Decay guitarist Steve Spon who told Louder Than War “This is a really interesting project that involves the recent musical history and post-punk tradition of our area. There is plenty to protest against still today and music is still a great way of getting your views across. We will be recording the live performance and hope to release it as a compilation.”

There are two main events planned in connection with this project. The first is a film festival in Leighton Buzzard on the 21st November. The theme of this is short films and media from the Post Punk era 1975 to 1985 with an emphasis on the Bedfordshire area . The event is free from 2pm – 11pm at the Leighton Buzzard Library Theatre. There will also be a question and answer session with Steve Spon, ex-NME journalist Dave Stubbs and Tim Morrison of Gorilla Tapes from 6-7pm that night.

Although the event is free you still need to book your place at the box office.

A week later there will be the final performance of the “Dumping It On Parliament Revisited” project on 27th November at the same venue. Admission to this is £5.00 and live bands will be covering songs that were originally recorded for the 1986 compilation tape.

This is a great project which hopefully may act as a blueprint for other local music scenes to revive or simply encourage the idea of protest music in their area.