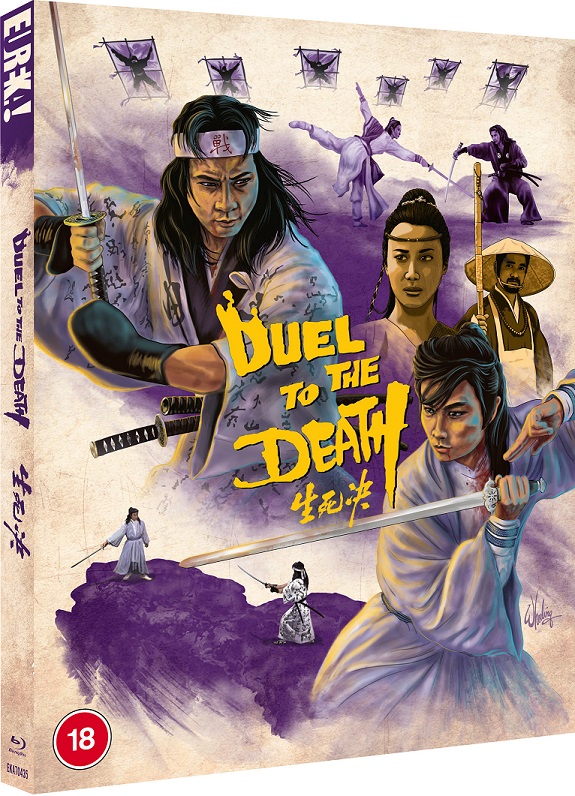 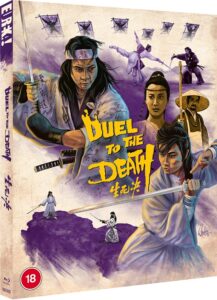 Our resident kung-fu film expert, Jamie Havlin, delivers his verdict on an action-packed kung-fu extravaganza that some critics have hailed as the Best Swordplay Movie ever made.

A duel is held between every decade between the finest Chinese and Japanese martial artists in the House of the Holy Sword.

It’s a matter of great national pride for both nations if they can demonstrate that their sword-fighting skills are superior. The winning swordsman will be forever acclaimed as a hero in their country while, as you can guess by the film title, the loser will die. 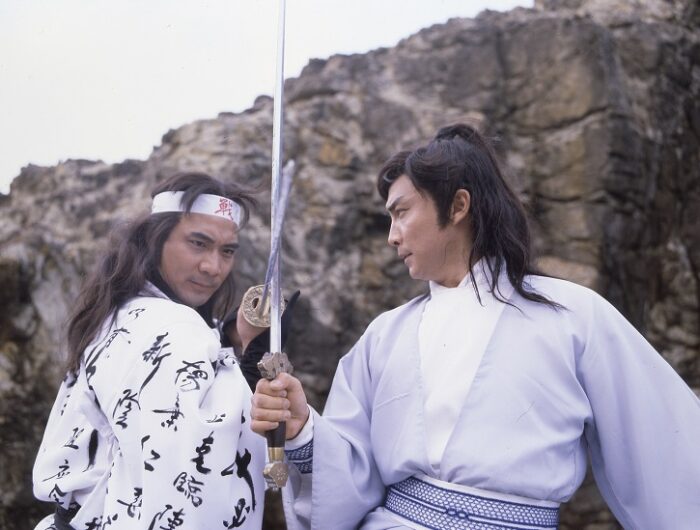 This time round the two swordsmen selected for the showdown are Ching Wan (Damian Lau), who has been studying at the Shaolin Temple, and Samurai legend Miyamoto Ichiro (Norman Chui). Both are honourable men and both are initially unaware of the skullduggery behind the scenes orchestrated by the Japanese government and by the devious host of the event, Master Han (Paul Chang Cheung), one of whose ancestors triumphed in the first of the duels.

As the swordsmen get to know one another, they develop a mutual respect, maybe even a friendship of sorts, despite still intending to go through with their fight to the death.

Miyamoto is especially keen on the idea of achieving glory for his nation. An almost emotionless figure, he’s obviously been brainwashed from a young age while Ching Wan is more philosophical and begins to question the ethics of the duel, believing it should be a chance to learn from each other’s skills rather than to kill. ‘The Lord of Death is the only real winner,’ he declares as the pair visit a cemetery where the losing fighters are buried.

The Japanese are shown as much more jingoistic than their Chinese counterparts, albeit not to the extent of some other portrayals in Hong Kong made movies – a consequence of the occupation by the Imperial Japanese Army during WW2, which ensured that hostility would linger for decades afterwards. Miyamoto might be fanatical, but at least he is shown as highly principled. 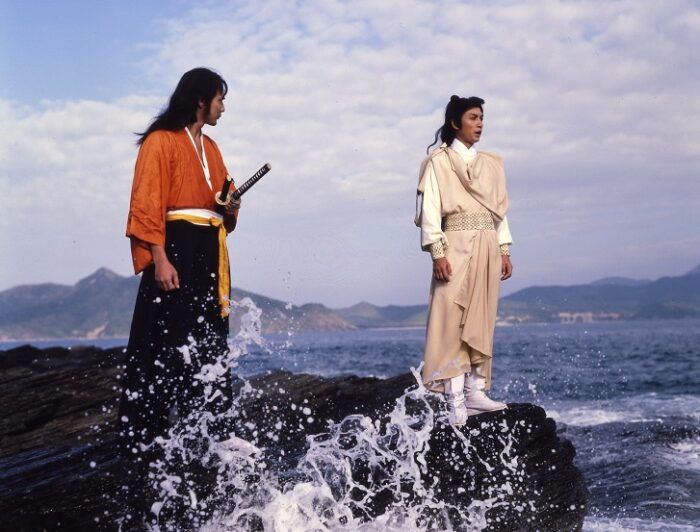 I should mention that, although the movie explores some interesting themes, for every reflection on Buddhist philosophy there’s a brutal clash of swords or batshit crazy action sequence. The latter often involves ninjas. There’s a giant shape-shifting ninja, kamikaze ninjas and even a female ninja who strips off to distract a monk. In fact, you’ll see just about every kind of ninja imaginable here bar the teenage mutant turtle variety.

They certainly know how to make an entrance, especially what might be called the ninja kite army. There’s also a decapitated head that somehow manages to briefly speak, although not with the same ease as the white cockatoo owned by Ching Wan’s possibly drunken master (who wears the least convincing bald cap in cinema history). 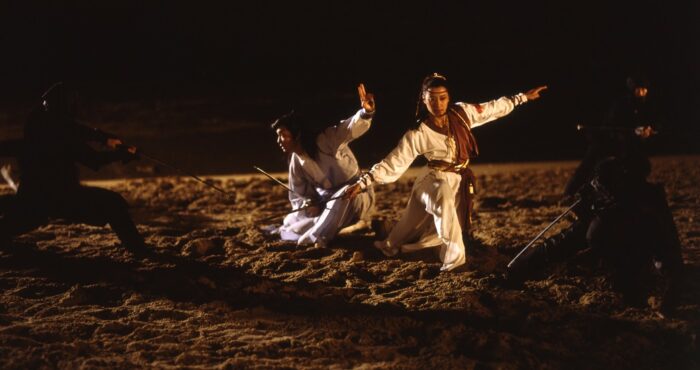 Norman Chui (The 36th Chamber Of Shaolin) and Damian Lau (Last Hurrah For Chivalry) are both great in the lead roles, and Flora Cheung Tin-Oi excels in her fight scenes as Han’s daughter Sing Lam.

Director Ching Siu-tung certainly knows how to stage a sword fight and would later be chosen to choreograph the action sequences for Zhang Yimou’s acclaimed wuxia triptych: Hero, House Of Flying Daggers, and Curse Of The Golden Flower. The skill with which he employs wireworks here is way ahead of its time. This movie must have truly looked jaw-dropping when the movie was first released almost forty years ago.

In his original liner notes from the US laserndisc release (reprinted in the collector’s booklet here), Frank Djeng calls Duel To The Death ‘The Masterpiece That Few People Know’, and until this week I’ve been one of those people. I wouldn’t go as far as to call Ching Siu-tung’s film a ‘masterpiece’, but I did find it wildly entertaining.