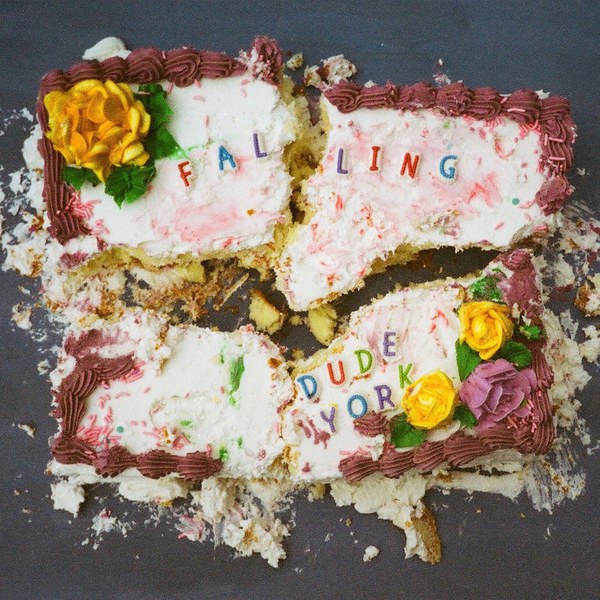 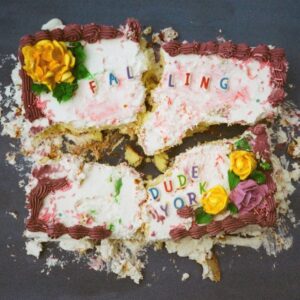 Although Seattle band Dude York’s new album is an affable enough listen with some catchy hooks, it feels a little half-hearted. With obvious influences smattered throughout, the resultant smorgasbord feels slightly disjointed. In the main, it is generic, 1990s influenced guitar indie/alt-rock, nothing really screams out “This is Dude York”. It could be any band(s) pumping out covers from the era, nice enough background music you wouldn’t skip if it came on, but then again it won’t necessarily have you seeking it out time and again.

The shared lead vocals could be a selling point, but to this listener it more often than not seems like two different bands, there isn’t enough of a commonality between many of the tracks to feel it works effectively. I had to check I was listening to the same album when album opener Longest Time faded out and Box started, I thought I had erroneously put on shuffle and I was now listening to Killers/Black Kids/Gaslight Anthem (delete as appropriate). I don’t think that is a point lost on the band though, based on the opening lyrical couplet, while not an exact replica, the lyrics reflect Mr Brightside – it was only a kiss… When I first heard The Killers, I heard a band trying to channel 80’s poppy era Cure with Duran Duran pomp. This is just like a watered-down version.

Time and again as a track came on, I spent more time trying to work out who it sounded like, Sebadoh/Dinosaur Jr on How it Goes, a wee bit of a Clash-like riff in Unexpected, bits of Violent Femmes Blister in the Sun in DGAFAF (I Know What’s Real), rather than just enjoy the songs, maybe that says more about me, who knows. Actually, reading that last sentence back, it sounds like a selling point as I love all those bands. So, don’t get me wrong there is nothing offensive or flawed about the songs, just that I feel like I’ve heard them all before.

I don’t want to be totally down on this album, it is eminently listenable, I felt my foot tapping on occasion as I listened. On a sunny day, enjoying a barbeque with friends in your garden, it would provide a gratifying soundtrack, it covers a lot of bases. Ultimately though, for me at least, this its downfall, it feels like it is trying too hard to be everything to everyone.