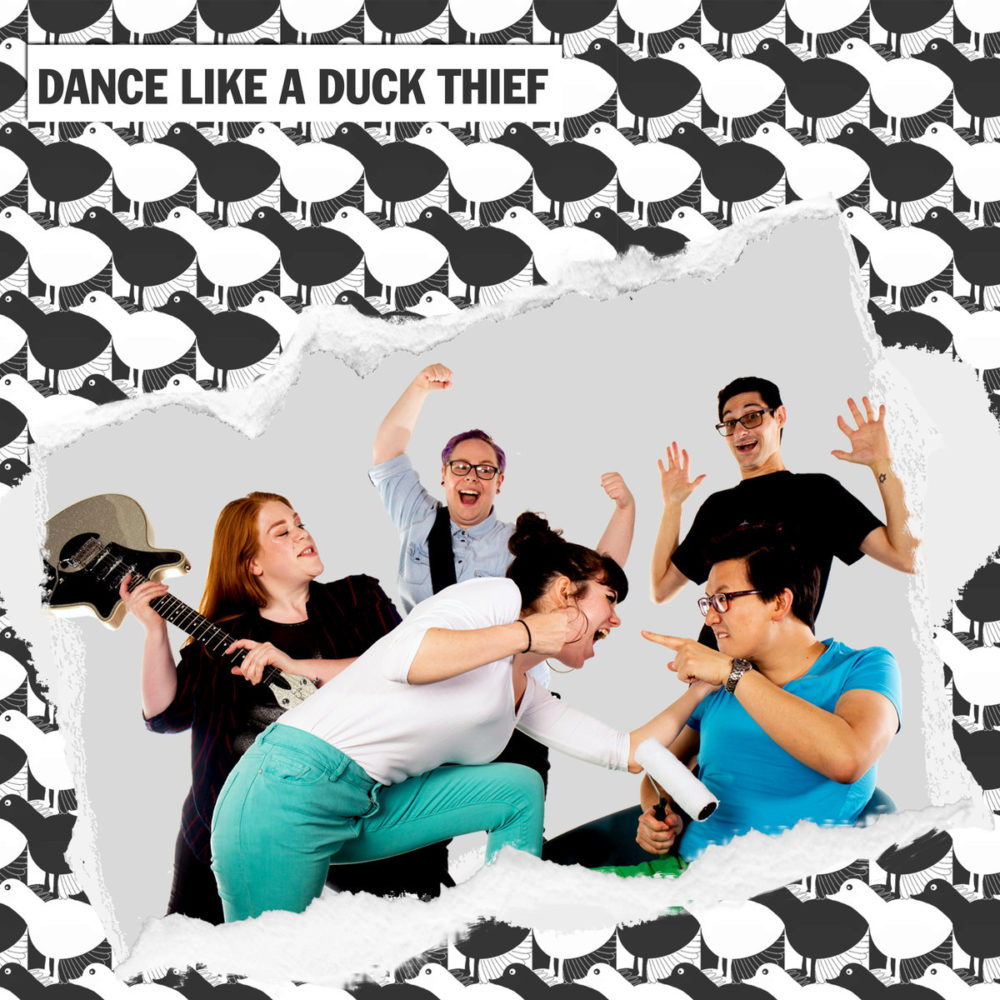 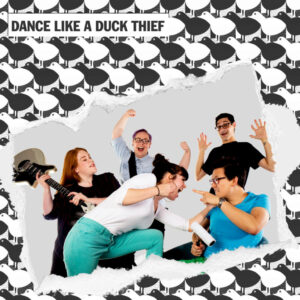 Fourth release from Coventry band who hope to make you dance like a duck thief.

I caught the Duck Thieves live supporting The Specials on their triumphal return playing Coventry Cathedral ruins, and they warmed up the crowd very nicely with their brand of funky alternative dance, prank-rock, and downright groovy tunes. I was impressed enough to track down their latest release: Dance Like A Duck Thief.

Duck Thieves – the name originates from the first film ever to be shot in Hong Kong called ‘Stealing a Roasted Duck’ (sadly no extant copies exist) – were formed by front man Justin Wing Chung Hui, Michelle Bailey-Le Long and Cait Buckley. On this EP the trio have been joined by Jessamy Davis and Steven Shelley Duck Thieves create really cool grooves with funk and soul and some punk power pop thrown in and the interplay between male and female vocals is brilliantly done. Live they are prone to prank-rock antics that add to the great sense of mischief and fun. In those great grooves and entertainment though, the themes are feminism, individualism, anti-racism, anti-sexist and the simple, yet uplifting message to some lost and desperate teen who may be listening to this music, that it’s OK to be different.

The EP opens with Make Babies, which has a driving funky beat and great interplay between the female and male vocals which provides a discourse about being young and one side wanting to settle down and procreate, whilst the other wants to go out dancing and drinking – it’s very clever, and very funny. It features a great guitar solo and builds up to a manic finish as the pressure grows between the two opposing views. Why Should I look Like Everyone Else starts with rapping in hip-hop Buffalo Girl style, as they tease a poor boy for his differences. It’s a pop groove, with post-punk leanings, and a big guitar riff and groovy bass line. It’s a plea for individualism, and the singers fear that when he grows up to be a man he may lose everything that makes him what he his. Age eroding our desire to be free.

Make It Your Own has a funky, soul start, featuring a rap over the top. It has hints of Gogol Bordello. It also features a great distorted guitar solo. Dance Like A Duck Thief has a dance beat that explodes into a manic punk chorus. An expression of fear for the future and what choices to make and if it’s ok to be doing what he’s doing. The explosive chorus has a sense of ahhh fuck it, let’s just dance like a duck thief! And who can argue with that?

The more I’ve listened to the EP the more it has impressed me with it’s beautifully crafted songs that produce rhythms that remind me of Talking Heads and B52s with lyrics that are clever, biting, funny and sad. There is an exuberance to the music that will make you want to….well, dance like a duck thief!!