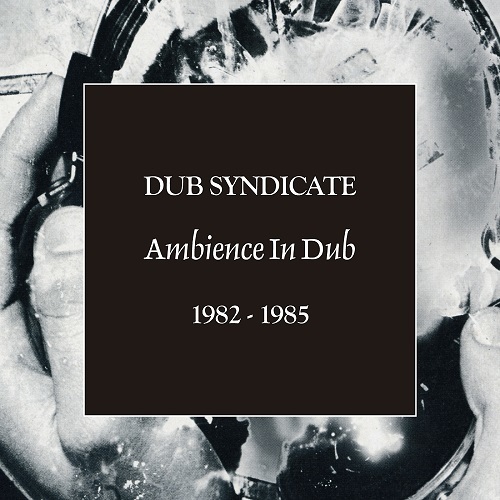 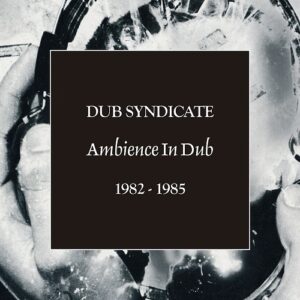 The latest in the extensive, and surely definitive re-releases from Adrian Sherwood’s label sees Dub Syndicate re-release and re-issue their first four albums on heavyweight vinyl together with an album of unreleased versions. All five albums are also available as a 5 cd boxset.

Over thirty years ago On-U Sound Records were releasing material that was far ahead of its time. In many respects, and quite unbelievably the same albums still are. It can be questioned whether the World will ever be ready for the labels early output. It fused dub with electro, hip-hop, funk and punk in a sound crash that has never been, and maybe never will be, repeated. Its sound was genre defying, and unable to be defined it has simply become ‘On-U’, to the labels barmy army of fans it has become almost a way of life.

Recorded quickly, due to On-U allegedly running out of money, Dub Syndicate’s first offering The Pounding System was an album of instrumental dub with wicked reggae rhythms and mutilated effects which would become a trademark of the label. Several of the tracks titles famously making light of The Scientist whose own had become almost laughable themselves. The title track and album opener sets out the stall quickly with both a lazy reggae feel and some sumptuous reverb by the studio based project made up of Sherwood and a collective of musicians. Humourless Journalists Work To Rules contains a quite incredible bassline intertwined with various electro effects and serves as one of those experimental tracks you either hated or loved but tracks like Crucial Tony Tries To rescue The Space Invaders (With Only 10p) surely the later had to be the case.

One Way System followed on quickly, still a collective of musicians built around Sherwood and drummer Style Scott (Creation Rebel, Roots Radis) and was originally released on the ROIR label allegedly due to lack of funds at On-U. Much of the album contains versions of tracks from other On-U releases with an opener by Bim Sherman, Socca, from the Singers and Players album Staggering Heights. An experimental album, not unusual for On-U(!) which had deep roots tracks shoulder to shoulder with pieces like heavy bass Drilling Equipment, a riotous throb of sound with an upbeat percussion making it turn the album on its head.

Dr Pablo and his melodica playing (not to be confused with Augustus Pablo) joined Dub Syndicate for North Of The River Thames in 1984, again a member of Creation Rebel on their live shows he contributed to the album that saw his previous band become what was recognised as his new one. The album title was in direct response to Augustus’ album East Of The River Nile and featured the brilliant version of the Dr Who(?) theme, dubbed and redubbed along with slow reggae beat and space-age effects and, Tribute which had sneaky excerpts of Get Up Stand Up tucked away in its tune.

By the time Jah Wobble, Keith Levene, Bim Sherman and Steve Beresford joined Dub Syndicate for Tunes From The Missing Channel, things had moved on significantly. Sherwood has discovered the emulator and the ability to ‘sample’ voices and instruments to create brand new effects being arguably one of the first people to do so and starting a whole new episode in popular music paving the way for the likes of Coldcut, Double D & Steinski and DJ Shadow. Ravi Shankar Part 1 later evolved into the theme tune for Radio Lancashire’s On The Wire featuring the legendary Steve Barker who became very much an unnamed member of On-U and who provides sleeve notes for several of their releases. Heavy on reverb and new technology, the album stands as a classic not only from the labels perspective but also in the general development of dub music.

The final album in the wonderful set is Displaced Masters, a collection of outtakes and unreleased archive tracks heard for the first time. Tracks which are highly stripped back and displays early sounds of Dub Syndicate perhaps unknowingly setting the path which On-U would later follow. The superb Mind Boggles opens the album and the late Sherman’s dulcet tones feature on Money Dealers, Haunted Ground and Keep You Rocking.

Ambience In Dub is classic stuff in the same vain as the recent re-releasing of the African Head Charge back catalogue, and is an essential not only for On-U and dub fans but also for any discerning alternative music lovers. Trail blazing, barrier breaking and often, sheer genius.

An incredible fan tribute to On-U can be found here: skysaw.org

Singer Adam Schlesinger, of Fountains of Wayne, dead at 52 of...

A Curry With John Peel: the City Walls story – Richard...

November 7, 2017
We use cookies to ensure that we give you the best experience on our website. If you continue to use this site we will assume that you are happy with it.Ok