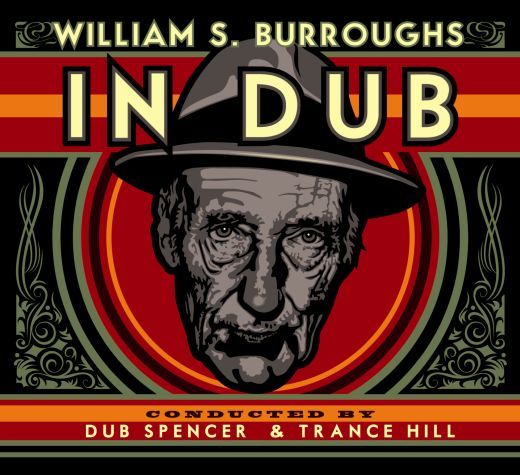 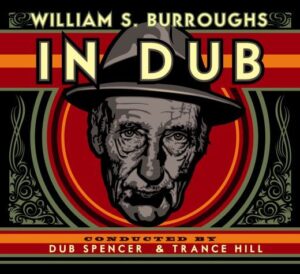 William S Burroughs was considered to be “one of the most politically trenchant, culturally influential and innovative artists of the 20th Century”. The writer of 18 novels, including The Naked Lunch, also ‘appeared’ on the cover of Sgt. Pepper’s Lonely Hearts Club Band and has provided his voice to many recordings including tracks by John Cale, Kurt Cobain and The Disposable Heroes Of Hiphoprisy. So, it is probably from those recordings that Dub Spencer and Trance Hill have concocted this new collection.

Deep reggae grooves and heavy basslines form the perfect accompaniment to Burroughs’ voice. So perfect, and so beautifully blended. In fact that you’d be forgiven for thinking that he actually recorded in the studio with the band. The idea of sound bytes and clips over music isn’t new and groups like the wonderful Public Service Broadcasting have encapsulated the theory wonderfully but Dub Spencer and Trance Hill seem to have really put their stamp on this sound.

Guitars are subtle and the addition of keyboards gliding to and fro make easy but interesting listening. Opening track Burroughs Called The Law is low-key and fascinating and sets the pace and style for the whole album, inviting you in as the dubbed-out voice quotes and quips. The album would be entirely listenable to as an instrumental but the voice adds a certain extra interest to the fifteen blistering tracks included here.

By no means a seat-of-the-pants project, the blessing of the Williams S Burroughs Foundation was obtained from those they collaborated with. Not everything is of a reggae orientation, there are dubbed-out ambient pieces and even hints of Spaghetti Westerns tucked away for good measure. The overall feel of psychedelic dub makes this a haunting and magical composition.

William S Burroughs In Dub is a triumph of modern day dub and stands shoulder to shoulder with today’s greats like Adrian Sherwood whose influence here is obvious. It’s addictive, it’s ingenious and most of all it’s a great album. Listen to it and be impressed.