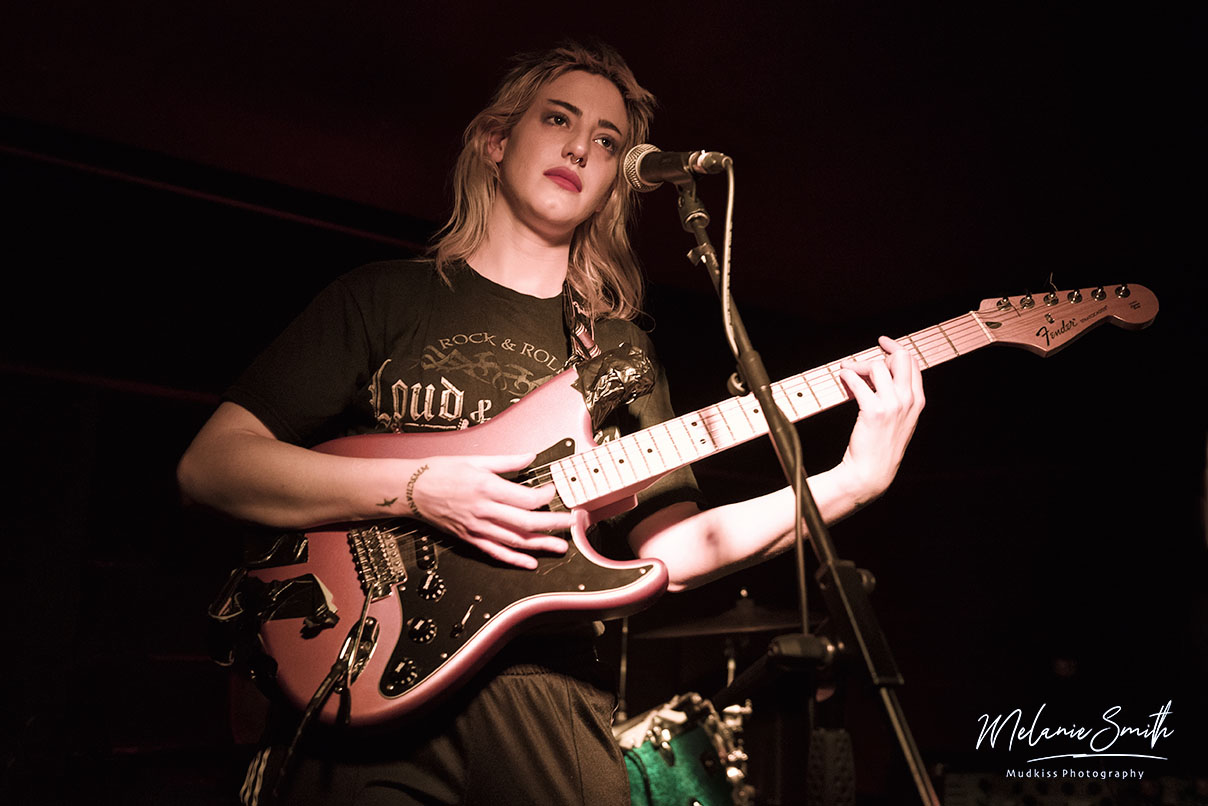 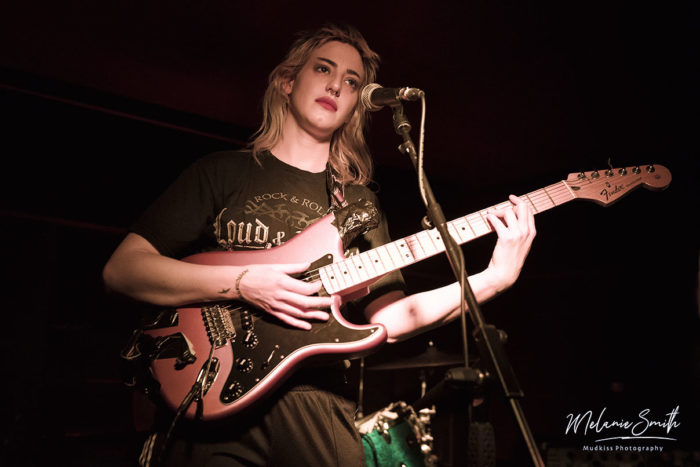 A small crowd of people crammed into YES to watch an amazing, intimate performance from Du Blonde on the eve of her latest album’s release.

The night started off with Du Blonde’s (AKA Beth Jeans Houghton) guitar strap breaking and needing a DIY job in the form of a large amount of gaffe tape. This wasn’t enough however, to put a dampener on opening track ‘Baby Talk’. The explosive riff of the song sounded even more impressive live than it does on the record and Du Blonde’s vocals were extremely impressive throughout the show.

The crowd’s attention was immediately caught, and a room that at the beginning of the night was cold, had now been warmed up by the mass of bodies that couldn’t help but dance to every song. The intimacy of the show was a key factor in making it so special and as much as the small venue helped add to that, it’s clear to see songs such as ‘Angel’ are ready made for bigger stages. This song in particular sounded huge and really blew the audience away, whom met it with screams and rapturous applause. The bass player mumbled, “that’s my favourite to play” and it couldn’t be clearer why.

The charm and chemistry of Du Blonde and her two fellow musicians shone through on stage. They bantered with the crowd while tuning up for songs and a few stories were shared with the audience, further getting everyone in the room on their side. Du Blonde was even brought back a beer after her band mates briefly left the stage, allowing her to perform a gorgeous rendition of ‘After The Show’. 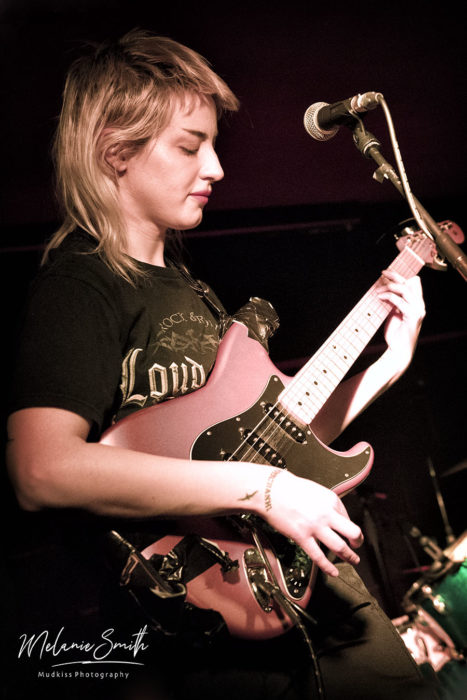 This was a completely victorious moment in the set. It showed off the power that Du Blonde’s vocals have to carry a song, with only the slightest helping of an electric guitar as backing music. Her live voice sounds exactly as it does on her latest record, which is fantastic news for anyone that has the pleasure of seeing her play, as the record sounds brilliant.

The new songs were certainly highlights. ‘Coffee Machine’ and ‘Take Out Chicken’ both sounded powerful and fun. The distorted guitar tones coming from the amplifiers shook the tiny venue and the crashing drums only added to the exciting, chaotic sound. Du Blonde also displayed the moodiness of her new record with a performance of ‘Peach Meat’, a song that will certainly have earned a constant slot of her future live shows.

When the band rocked-out as a three piece it made for some of the most powerful moments of the setlist. Gig-closer ‘Black Flag’ was bombastic, truly knocking the socks off of everyone in the crowd and putting an end to a fantastic night of music. It’s safe to say Du Blonde will more than likely be playing bigger stages than YES in the future, but it was a fantastic experience for everyone lucky enough to be there on the night.