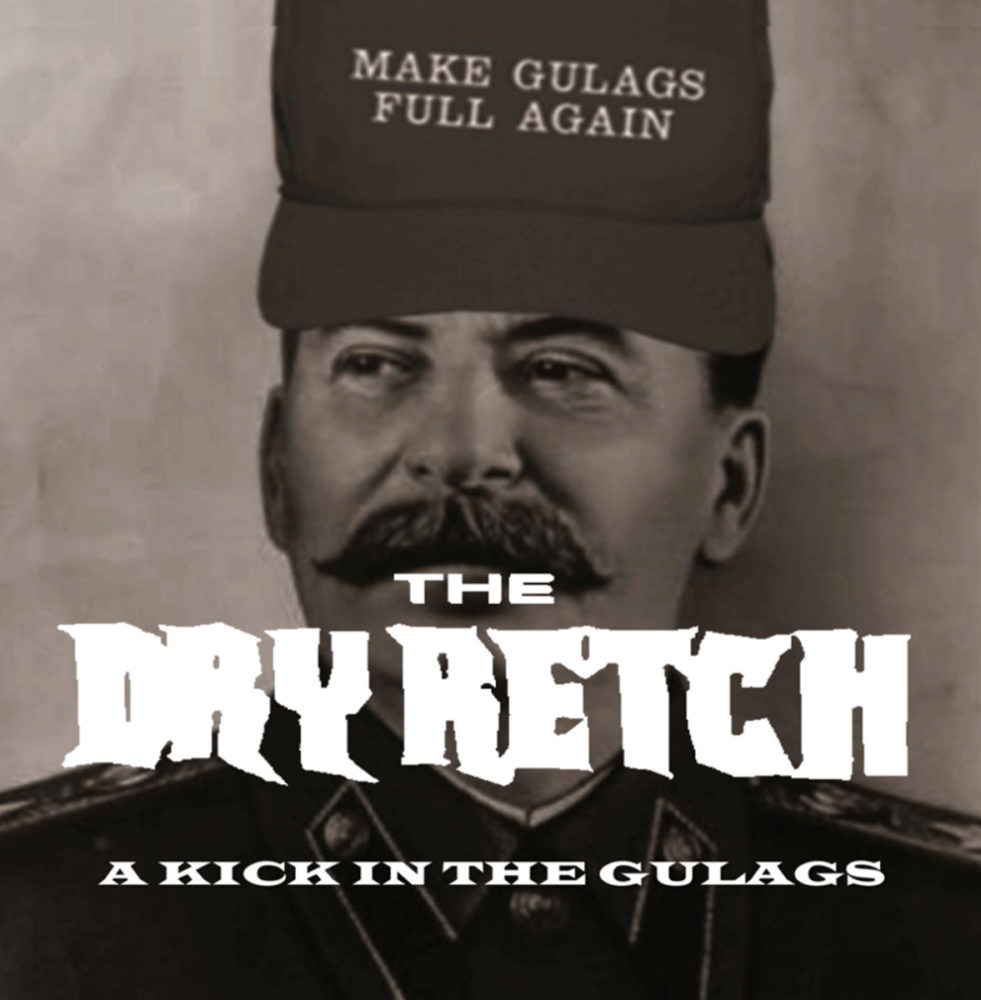 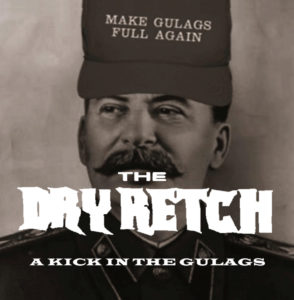 The Dry Retch are a Liverpool/Australian garage /punk outfit, who eons back went by the unlikely name of Haddock Fish Beast, since morphing into The Dry Retch they have released albums with the titles “The Eagle Has Fucked Off”, “Columbus Was Wrong, The World Is Square”, and “Smells Like Fat Lass” – song titles included ‘Anusol Queen’, ‘Be My Bidet’, ‘Placenta Crazy’, and ‘I’m Excrement’ all of which made you think of the likes of GG Allin, which was a shame as musically The Dry Retch demonstrated a clear passion for gnarly garage rock.

Sometime after 2006 they released ‘Play The Stooges’, an eight track album of reworked classic Stooges material. ‘A Kick In The Gulags’ furrows that same rich vein offering up five more Stooges tracks, these however are drawn from around 1971, a time when the band were way more interested in shooting up than actually playing music, the originals covered here were miraculously recorded live and much later appeared on the “You Don’t Want My Name… You Want My Action” live album, the title of which opens this EP in fine fuzzed out style, solid drumming drives the track, complimented by growls, rattle and tense vocals, similarly with ‘Fresh Rag’ which has a real sense of urgency about it, whilst ‘Dead Body’ is a steady blissed out psych tinged jaunt with splinters of coloured guitar peppering the “who do you love?” wail.

‘Big Time Bum’ ups the pace and sounds like Motorhead taking on The Count Five, this is darkly epic, over revved blistering riffs, before imploding at just shy of the 3min mark, the final track ‘Soviet Girls (Who Bleed)’ is according to the band a self-proclaimed Dry Retch classic, to be fair it effortlessly mangles all their obvious influences, the result is a an ease off the pedal filthy sprawl of grinding, ominous noise – Dry Retch deploying everything they can, off kilter riffs, tortured guitar drones, petulant vocals, it all combines into a wonderful big bold ringing noise.

All words by Phil Newall. More writing by Phil can be found at his Louder Than War Author’s Archive