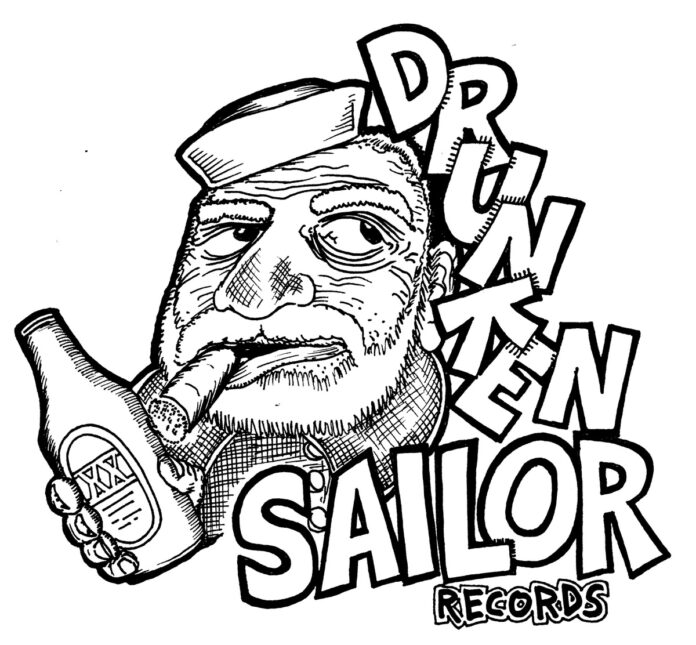 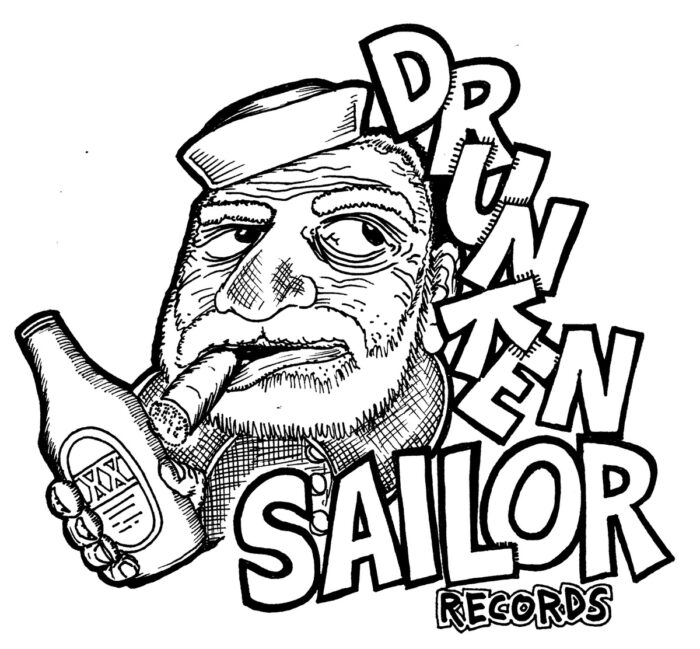 Stoke-based Drunken Sailor Records has the honour this month of releasing the first full-length vinyl album by leading lights of London punk, Wonk Unit. Glenn Airey gives us the low-down on this and the label’s other recent output.

Given the land-locked nature of Stoke on Trent, you’d have to imagine that the only seafarers finding their way into the potteries would have to be pissed. Funnily enough, there’s a long-established fish and chip restaurant in Hanley (or the city centre, as the meddling urban planning consultants try to insist we refer to it) called the Seafarer.  And Captain Smith, of Titanic/iceberg crossover fame, was a local lad of course. Other than that, though, we’re a bit starved of nautical references around here, for obvious reasons. I can’t vouch for the sobriety or otherwise of Julian Stevenson, proprietor of Drunken Sailor Records, but I’m pretty sure he can’t spend much time messing about in boats because he’s far too busy on land, sourcing and releasing the best punk rock sounds around.

The new Wonk Unit album, Feel the Wonkness, release date 17 July, is to be followed by a new Martha 7” and then, assuming the Lord spares us, something of a milestone: Drunken Sailor’s fiftieth release. They’ve all been on vinyl, they’ve all been great and they’ve all been punk as fuck. That’s punk in all its splendid variety, mind you, as will hopefully become clear if I lead you through a selection of the label’s more recent catalogue.

Take the twelve-track Maybe Ghosts album by Utah’s Baby Ghosts for example. It’s been a big favourite of mine this summer with its glorious fuzz-pop choruses, lung-busting vocals and pleasingly snotty garage production. It’s punk rock in a way that would have made sense at any point between 1966 and next week. Similarly, the current, wonderful four-track 7” by Basement Benders is built on great tunes played with joy and abandon, and lots of those thrilling moments when pretty much the whole band just can’t help piling in on the vocals. Basement Benders work out of Chattanooga, TN, a favourite hunting ground of Stevenson’s as he scours the States for quality punk bands.

American artists are a mainstay of Drunken Sailor’s output and, for good practical reasons, the label will sometimes link up with counterparts across the pond to co-release new material. Anyway, investigate Ghost Boyfriend by Baby Ghosts, for example, or Voices by Basement Benders if you fancy some life-affirming, noisy pop music. I’d call it indie-pop with the brakes and blinkers off, if indie hadn’t become such an abused, dirty word.

The excellently-named Fur Coats from Brooklyn/Chicago up the quirkiness levels with their Short Brain EP. Mark Ruvolo is a ‘proper singer’, as even a harsh critic like my old dad would be forced to admit, and his wry delivery gets the chance to really shine on catchy, funny songs like One More Shot and Idling Engines. Power-pop, poppy punk, call it what you like – their genre is given on Facebook as  Smooshscram, but we can perhaps infer that they weren’t being entirely serious – it’s witty, melodic but punch-packing music in the vein of Naked Raygun or Les Savy Fav.

Another current Drunken Sailor release I’m having trouble switching off is the tremendous Bite Me EP by Marvelous Mark. Don’t look at me like that, spellcheckers, he only spells it with one L on the sleeve, and he should know. Whatever, this record is an absolute peach. Something of a classic pop sheen prevails, which makes sense when you realise that Mark (Fosco) served time in the Marvelous (see) Darlings, alongside Ben Cook of Fucked Up. In case you didn’t know, Cook is the mastermind behind this year’s Young Guv album Ripe 4 Luv, and you really need to hear that if you haven’t already done so. Mark’s record features three tracks ‘so infectious they should come with their own NHS advice leaflet’, according to the Drunken Sailor website and, since I can’t put it any better than that, I won’t try.

Rounding off the kinda-poppy side of things is a split 7” featuring two fine songs each from Martha and Benny the Jet Rodriguez. Chances are you’re familiar with Durham’s Martha and their full-bodied indie-pop. I know I said I wouldn’t use that word, but I think I can trust you to handle it responsibly. Two prime new cuts here, The Historian and a cover of Masshysteri’s Dom Kan Inte Hora Musiken, both bursting with energy and fit for purpose as the feelgood hits of anybody’s summer. Benny hail from San Pedro and their lovelorn but exhilarating tracks complete a winning quartet. One of them’s called Wish You Were Beer, for Heaven’s sake, and I think we’ve all been there.

Things take a turn for the darker and more confrontational with the enchantingly-titled Shit 12” EP by Boston anarcho-punks No Sir, I Won’t. As their Crass-derived name would suggest, they specialise in radical political polemic set to a punishing, primal musical assault. Gender politics, militarism and the horrific impact of global capitalism are just some of the subjects that get a thorough airing via their incisive, densely-packed lyrics. Really brutal punk rock, too, in the spirit of Flux, Conflict or Crass themselves, but with none of the sludginess that could bog their predecessors down on occasion. Great record.

Arguably the straight-ahead rockiest card in this Drunken Sailor pack is Manchester’s Stay Clean Jolene, a punk supergroup of sorts featuring members of The Leif Ericsson and The Great St Louis.  Their self-titled album showcases anthemic songwriting and some mercurial playing, not least the borderline-metal stylings of guitarist William Farley. The influences of Husker Du, Leatherface and even Motorhead loom large (hence the Stay Clean reference in respect of the latter, I’m guessing?) but SCJ’s bruising identity shines right on through. Ten tremendous, punch-the-air punk rock epics with the emphasis on the rock.

Finally then, onto Wonk Unit. Feel The Wonkness, a career-to-date retrospective, is a joy from beginning to end. The songs can be funny or self-effacing but often beautifully lyrically observed. The Wonkers, I imagine, would make first-rate drinking buddies. Musically, there’s a buzz and a bounce that bring to mind classic punk-poppers of yore like China Drum and the deathless Snuff, but the band seem happy to play around with instrumentation so that the style serves the song: always a better option than accepting the limitations imposed by the reverse.  Thus Horses and You Married A Tortured Genius are among the tracks successfully adopting a more reflective feel. For the full-on, steak and chips version, though, try the anthemic, and absurdly catchy, Rambo. Been in my head for days.

Hopefully that’s given you an idea of the quality and range of punky sounds on Drunken Sailor Records. Do pay their website and Bandcamp a visit, as well as those of the individual bands. There’s untold treasure in Davy Jones’s locker I tell thee.

All words by Glenn Airey. You can find more of Glenn’s writing for Louder Than War here and follow him on Twitter @GlennAirey.