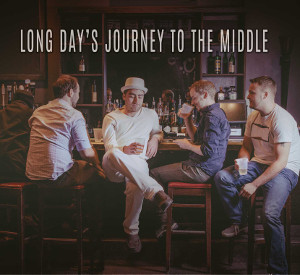 Drunken Logic – (The Good News Is) Nobody Gives A Damn

I grabbed the opportunity to review this new offering from Drunken Logic for Louder Than War as it was billed as “folk punk” and hailing from Boston I was expecting perhaps a hint of the Dropkick Murphys or some of the other excellent folk-Celtic-punk crossover bands like Rum Rebellion.  Or failing that a Cropdusters/Men They Couldn’t Hang vibe. Or even something akin to the bands on Plan-It-X. I was left pretty disappointed. They are about as punk as the most pop of pop-punkers NOFX‘s songs. Close to the likes of Against Me but they’ve stepped over some imaginary line into what I think our yankee cousins call “College Rock” (I may be wrong, forgive me!).

As for the folk element? To my mind the inclusion of a mandolin isn’t quite enough to qualify as folk. With clean production, pop punk style guitar and organ, this – the first single off their Long Day’s Journey To The Middle LP – doesn’t work for this muvva folker. And the high pitched chorus? It makes the whole song come across as radio friendly drivel. It sounds way too much like the theme tune to some querky US TV show – some offshoot of Scrubs or Malcolm In The Middle. Don’t get me wrong, these guys definitely have song writing ability but then so did McFly and I can’t stand them either. And I wouldn’t call McFly punk, despite what wikipedia would like to claim.  So, while folk-punk may be all the rage, trying to jump on that bandwagon may have been an own goal when you get a punk rocker writing the review.

The album can be downloaded from BandCamp.

All words by Nathan Brown. More of his inane ramblings for Louder Than War can be found in his author’s archive.