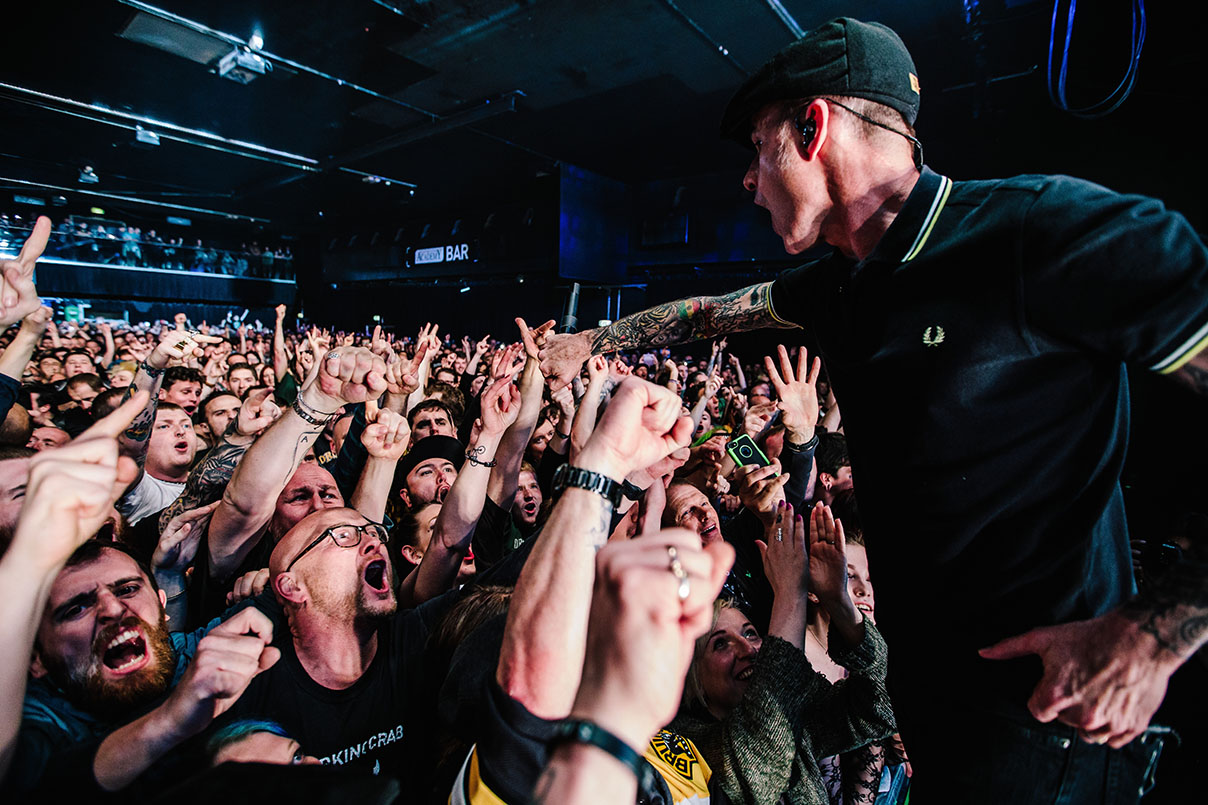 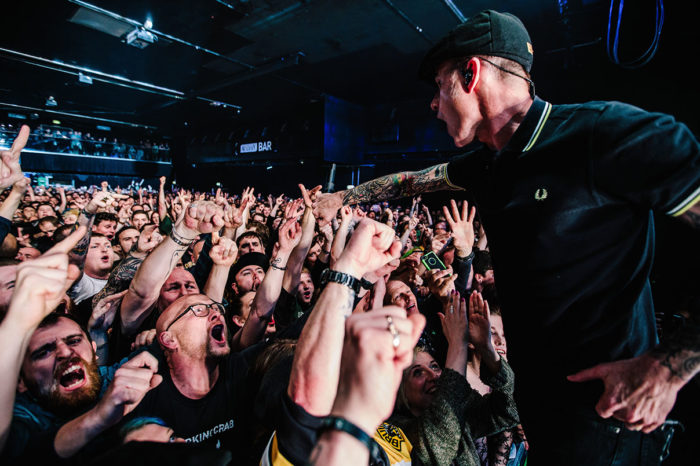 The Boys Are Back! Dropkick Murphys recently began their first UK tour in two years, and stop four of five saw the punk rock icons grace the stage of Manchester Academy for a rousing, career-spanning trip down memory lane.

Along for the ride were young up-and-coming punk rock band Grade 2 and the American bluegrass group The Devil Makes Three, who somehow managed to pull off the mammoth task of opening the show with ease.

The nature of this current tour having only five dates foreshadowed that it was going to be a pretty snug night in at the Academy, and indeed it was. As the last of the audience flooded through the doors just as the lights dimmed and ‘The Foggy Dew’ began to play over (but by no means drown out) the echoing, eager chants of “Let’s go, Murphys!”, Boston’s finest found themselves entering the now-brightly lit stage incrementally until eventually, every man was on-stage, instrument in hand and ready to begin. When there are so many members of a band sharing a single stage – eight in this case – it wouldn’t be too much of a shock if some members fell victim to the dark side of the sound desk. Not in this case. Every member of the band cut through and made themselves heard; even Lee Forshner’s fantastic bagpipes playing. As the band begin to smash their way through ‘The Boys Are Back’, co-frontmen Ken Casey and Al Barr find themselves at the very front of the stage, practically hanging off of it, as if they’re trying to sing, shout, yell and holler at the front rows personally. Though short and perhaps lacking in the amount of band-to-fan interaction at this show, Casey does take a few minutes to tell a funny anecdote about Dicky Barrett of fellow Bostonian band The Mighty Mighty Bosstones handing out “fuck Ken Casey signs” at TMMB gigs. Every single one of Dropkick Murphys’ studio albums were represented here and Casey made a point of pointing out that this the Dropkick Murphys’ 23rd year as a band, so this show felt like a nostalgia trip of sorts.

Admittedly, I myself am not an expert on the back catalogue of the Dropkick Murphys and whilst I may not have fully understand the significance of the appearance of a couple of songs personally, it was easy to tell when a particular song was indeed a big deal. Casey announces that they’re dusting off ‘The Spicy McHaggis Jig’ and the packed-out room explodes with an undeniably electric energy. Fan-favourite ‘Time To Go’ found itself on tonight’s set list because, according to Casey, it was the day of the first game of the band’s beloved hometown hockey team, the Boston Bruins and they “just had to”.

Following a brief break, the Murphys return to play their encore; kicking it off with their most well-known song ‘I’m Shipping Up to Boston’ and the room is so into it at least one person lost their shoes (literally). You’d have been lucky to hear Casey and Barr over the audience, who screamed every single word back without fail. Finishing with a dynamite cover of ACDC’s ‘Dirty Deeds Done Dirt Cheap’ and subsequent stage invasion from the first couple of rows, the band wave goodbye and depart and I am left with only one distinct thought in my head; that I one day aspire to have even half as much fun as the accordion player in a punk rock band.

All words by Ryan Hagan, this is his first review of Louder Than War.
Photo by Kyle McLoughlin, you can find his portfolio here: