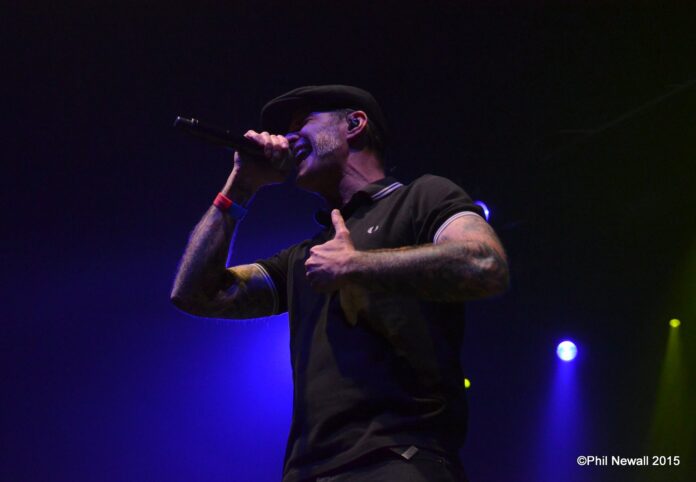 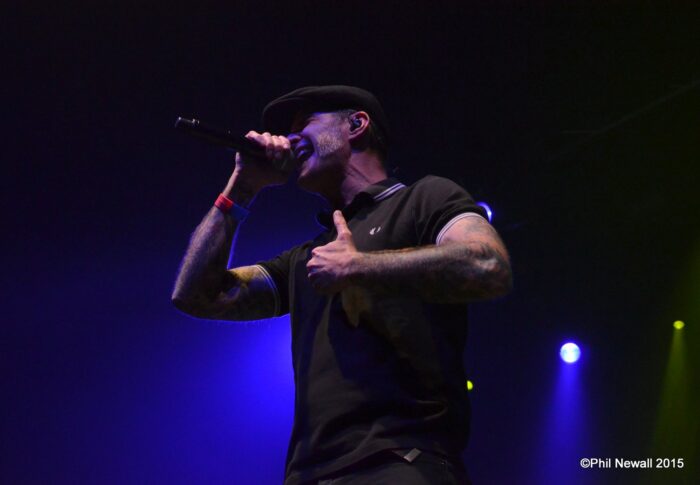 Two days after St Patricks Day and the Dropkick Murphys arrive in Manchester to a raucous and expectant crowd, a crowd that are dressed in predominately green or tartan, and certainly fuelled by the occasional Guiness; even prior to their stage entrance the crowd are celebrating, choruses of “let’s go Murphys” fill the air mixing with the almost constant precipitation formed by over-priced lager…as the opening refrain of intro ‘The Foggy Dew’ sounds out the crowd respond with a swelling of barely restrained energy – the track is a traditional Irish lament, yet the crowd are already on each other’s shoulders spilling forward over the crush barriers. 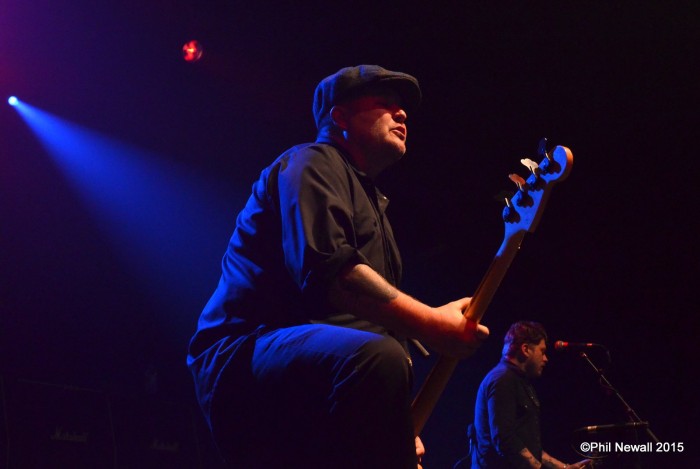 The energy release is a blinding explosion, a magnesium flare, as the Dropkicks launch into their own brand of turbo charged Celtic punk; there are no breaks, the Murphys are incredibly tight – they deliver 30 minutes of orchestrated mayhem; with nothing to currently promote this gives them the option to frankly delight the fans with a wonderful mix of old and current songs, with blistering velocity they draw tracks from their entire back catalogue from ‘Do Or Die’ to ‘Signed And Sealed In Blood – ‘Rose Tattoo’ has already taken the position of a Murphys classic, the video backdrop flashing images of countless Murphys tattoos across the screen, beneath them the crowd moshed, slammed and hurled yet more lager into the air, powered on by a perfect marriage of incessant punk riffs and traditional penny whistles. 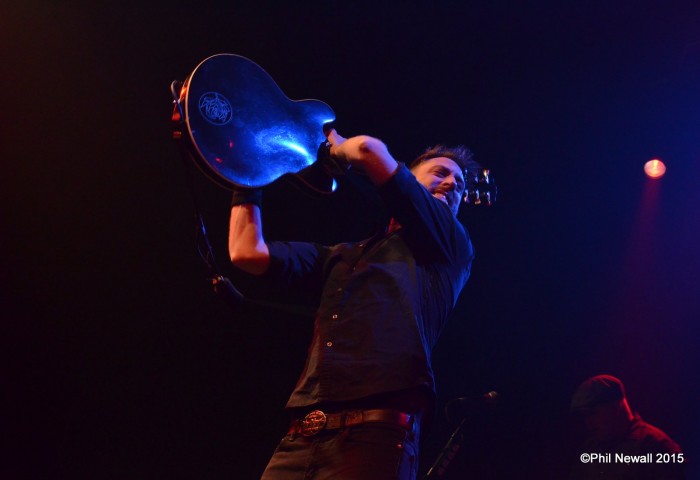 The only let up being when Ken Casey brings a match play dartboard onto the stage, the backdrop displays 20 of the Murphys older less aired numbers; members of the audience are then invited to the ‘oche’ – whatever segment their dart rests in the band will play; maybe this sounded good on the tour bus, but in reality it disrupted the set…perhaps I’m being picky, but the Dropkick Murphys are one of the finest live bands in the world, their live sets are renowned for their full throttle energy and this was an unwelcome distraction, at least until the hapless dart played managed to select AC/DC’s ‘T.N.T’ and the flame was reignited, normality resumed… 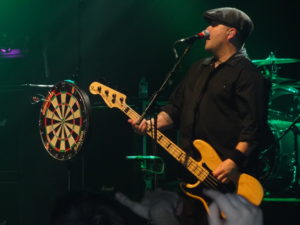 Ken Casey stoking the audience with casual banter building towards an incredible rendition of ‘The Fields Of Athenry’ which they covered on their neglected 2003 ‘Blackout’ album, all that remained was the now traditional encore which included the ladies favourite ‘Kiss Me I’m Shitfaced’. During this one, an army of ‘ladies’ are invited up on stage, only to be joined by rampaging hordes of legless blokes for the anthems ‘Skinhead on the MBTA’ and ‘Shipping Up To Boston’ – it’s this audience participation, this connection with their fans, regardless of nationality, colour or creed that appeals to audiences across the globe; the Dropkick Murphys are proud of their punk ethic and their worldwide success has enabled them to deliver it with flare and panache.