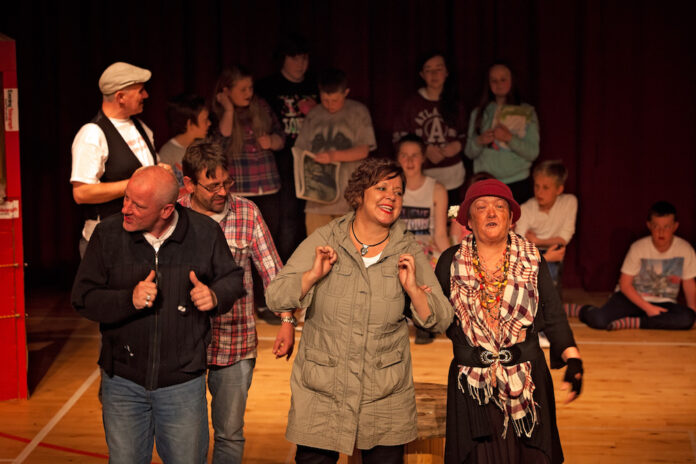 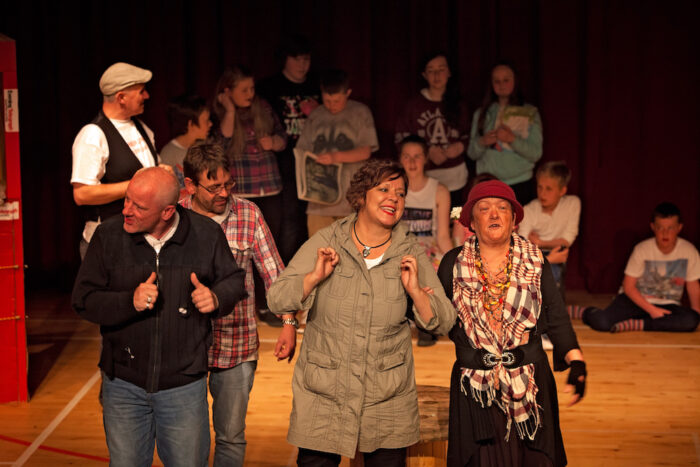 Harry Mulligan’s been taking in the sights at the current Edinburgh Festival Fringe, here he reports back from the musical DRINK!

DRINK! The Musical had its debut at the Edinburgh Festival Fringe to a SOLD OUT house at Sweet’ Venue, the Apex. This is one of those productions that someone has sweated over, bled into, and endured a long painstakeing Labour giving birth to it. Like any new born, its not a fully formed actualized being, but it’s easy to see that with the right amount of parenting that this is nothing less than a Five Star Production in Development! That’s my Louder Than War assessment of it, and that’s what it gets!

Someone once said to me that: ‘Authenticity is over-rated!’ What a bunch of nonsense, authenticity is everything, its the cornerstone of integrity and for DRINK, it has it in spades. This is an amateur cast made up of people who are recovering alcoholics or who feel strongly about this issue. And what a supremely characterful, talented and downright hilarious, lovable lot they are too. There were classic musical moments where I had to sit up in my seat and do a double take, so astonished was I that some some Hollywood casting company hadn’t spent a considerable budget sourcing the persons required. 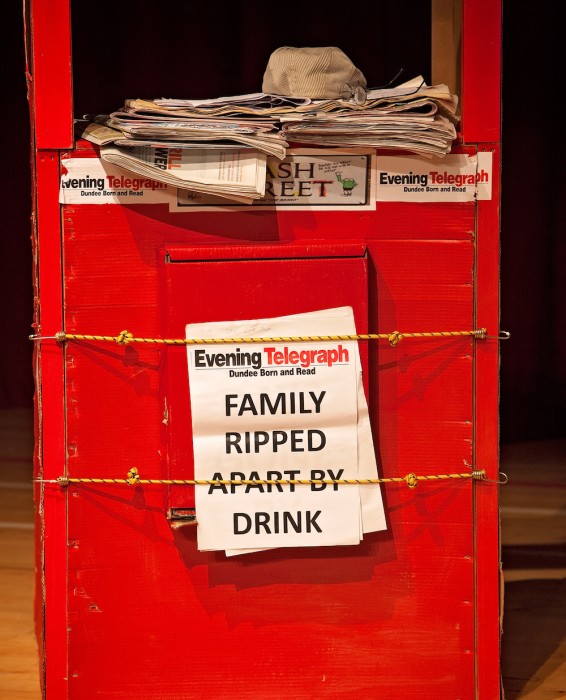 This is inclusive amateur community theatre at the height but not quite the zenith of its possibility. That isn’t to say that it couldn’t become a working professional, touring production although it would need to be distilled down to a cast of ten or less. ‘Less able’ cast members currently adorn the stage, and an Aid to hearing impaired gesticulates most animatedly to the audience, evoking keen interest, certainly in myself. The narrative came directly in the first person from key roles, like a busker who one character can see and hear and interact with, but who he finds out later is a now deceased recovering alcoholic who is merely going above and beyond the call of duty to carry the message after he has already died. The story cleverly encompasses one woman street drinker’s lost dreams of a boyhood crush on David Cassidy, borrowing from Dickens classic ‘A Christmas Carol’ as the stage play and dramaturgy shed light tacitly on the interplay with her ‘Inner Child’.

At this point in this Musical’s evolution, it isn’t Andrew Lloyd Weber, but the Songs have been well crafted, they’re melodic and they are bursting with humor, pathos, love, and anger. All the ingredients are there with ditties like ‘Sat Sitting’, ‘Isn’t it Great’ ‘War is Over’ ‘Step by Step’ and ‘Look at me now’! There is a compliment of musical ability, the patter and dialogue is very down-to-earth Scots; it highlights the equally blessed and cursed nature of alcohol in Scotland, and early drops the prevalence data into the mix. A central character is a newspaper vendor punting papers and this is utilized as a mechanism to shoot out ‘headlines’ into the consciousness of the viewer. Its disturbingly effective, to the point and besides being used jovially with kids in the production about whether school is on or not, cuts right to the heart of the matter when it needs to.

At one point, the protagonist father who has been ‘visited’ by the busker, is enduring a tender moment with his nine or ten year old son, the air is thick with pathos and this otherwise cool and collected reviewer completely lost his Shit!