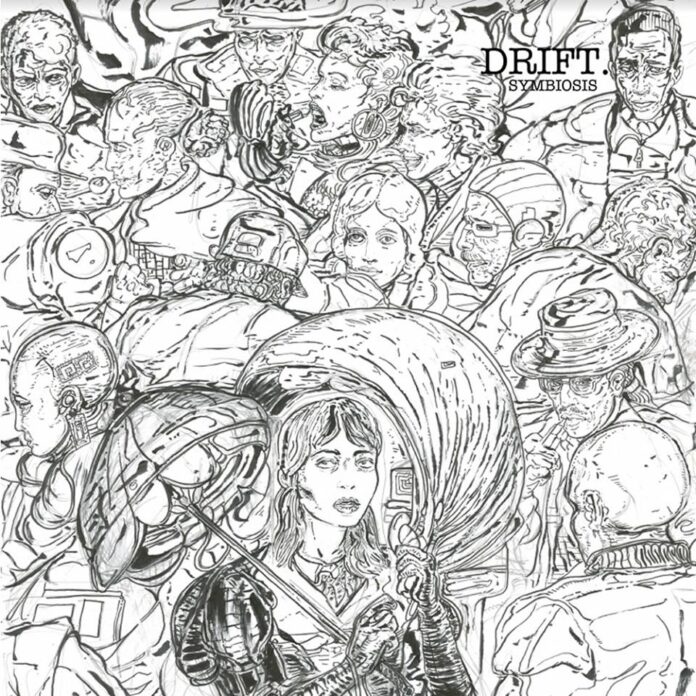 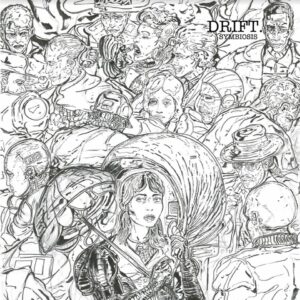 Out now – all formats

Electronic music, once considered cold and emotionless, has grown shoots and flourished since those first primitive synthesisers half a century ago, those tendrils reaching beyond the feet to the heart and the head.

Italian-born Londoner Nathalia Bruno, who performs solo as Drift., blends passion with precision to create a tapestry of machine-made sounds that are bursting with ideas and filled with emotion. “We live in times where nothing means nothing,” she sings on Visualise The Invisible. “And nothing is true.” Never more so than now.

Bruno, uses words as sparingly. Most of these songs are largely instrumental; the lyrics of this entire album could be written on the back of the proverbial envelope. But that’s because there is no surplus fat: she makes them count.

The mockingly titled Human contains samples of venture capitalists talking up their heartless economic theories while Bruno sings accusingly over a throbbing bass undercurrent and alarming percussive whipcracks: “You’ve stolen our freedom.” By the end of side one she is reinforcing the point, singing in the deadpan tones of one of those sultry French chanteuses with kohl-rimmed eyes, of “Freedom lost and erased.”

Side one of Symbiosis (and it’s best heard on vinyl) has an eerie, sombre beauty; opening number Masquerade I combines the soothing sound of strings and tubular bells with gongs, chimes, metallic clanks and a sinister background drone to conjure the soundtrack of a horror film set in a gothic mansion. It’s unsettling, to say the least.

The title track squeaks and churns with a glitchy unease before literally disintegrating, while Atomic Soldier floats on an Air-like motif, its warm thrum and coolly detached vocal evoking Beach House in David Lynch’s Roadhouse bar in Twin Peaks, before melting away into a fuzzy haze.

By contrast, In Orbit is built around the sort of monolithic guitar riff beloved of Black Sabbath and Sunn 0))) and becomes progressively weirder in a manner that recalls Brian Eno’s early experiments with Roxy Music. Bruno is a multi-instrumentalist, with a past playing bass in indie bands, including Luxury Apartments, and plays everything on her album, embellishing her electronic palette with occasional drums, bass and guitar.

Side two adopts a more familiar shape: the seductive groove of Visualise The Invisible is as close as Drift. gets to a conventional song with verses and a chorus: “If you don’t get what you like / Then you’d better like what you get / In life.”  Thereafter, a trio of songs driven by propulsive motorik rhythms. The enduring influence of Kraftwerk can be heard on Masquerade II, while Function has one of those simple synth melodies that the Germans managed to toss off with abandon.

Bruno’s hommage to Krautrock reaches its apotheosis on Raytheon’s Radar, its driving groove offset by a playful vocal, reminiscent of The Flying Lizards, before the dense, suffocating finale of AVTTC, which takes a sample of Lou Reed’s Metal Machine Music and accessorises its disturbing maelstrom of white noise with beats and fragments of melody to create melodious mayhem.

Over the course of its ten tracks, Bruno draws from pretty much every strand of electronic music throughout its 50-year history, just as her own musical palette has evolved during the five years she has been performing as Drift. Her debut EP Black Devotion, released on Italian label Avant! Records in 2015.

Since her second EP, Genderland, two years later, she has worked tirelessly in her East London studio expanding that palette by revisiting her own earlier recordings, “moulding new sounds, old sounds, cut-ups of synth jams done alone, field recordings from my phone to use as samples,” assimilating the influences that synthesise in Symbiosis.

Like so many creative ideas, the seed for Symbiosis was sown by serendipity.  Bruno chanced upon a book by Klaus Schwab in a charity shop in Finsbury Park. The Fourth Industrial Revolution “really struck a chord inside and brought on a deep exploration of myself and the world I was seeing form around me,” she says.

As that seed germinated, another chance discovery – this time a William Burroughs book –
inspired the title: “The word symbiosis had never been in my vocabulary before, which is strange now as it’s a word that pops up all the time,” says Bruno. “It represented a whole variety of interpretations, from the content in each song, to the process of finishing the record, to how I felt in general, and towards the world.”

Soon afterwards, “as a form of therapy,” she set herself a target of finishing an album, as yet unwritten and unformed, by the end of the year. “I envisaged songs weaving together, forming a subtle message as a whole, but I didn’t want it to be a ‘concept album’ as such,” she explains.

For inspiration, she plunged herself into a world of new influences, from music to literature and film. “I was attracted to sounds in any form. Classical music. 1970s electronic pioneers like Harmonia, Cluster and Faust. New York’s tape experimentalists. The avant -pop landscapes of Chris + Cosey. John Lennon and Yoko Ono. Kate Bush and Broadcast. All of them resonated with me greatly.”

The album’s hand-drawn artwork – and the video below – was created by Birmingham-based Jack Smith, evolving from sketches and sci-fi comics posted online. “We spoke regularly via phone or email where we would share influences and bounce ideas off one another. I really felt he understood what I was trying to do and I had a lot of faith that he would capture the atmosphere of the music and release it in his own way on paper.

“In the end he produced an image of such intricate splendour that I feel like the whole process of this record, which began really from the feeling of breakdown in communication and interaction, turned into a symbol of positive symbiosis between humans.”

All words by Tim Cooper. You can find more of Tim’s writing on Louder Than War at his author’s archive. He is also on Twitter as @TimCooperES