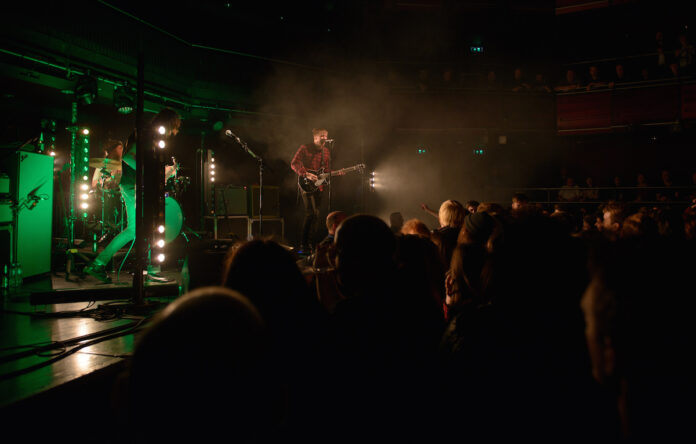 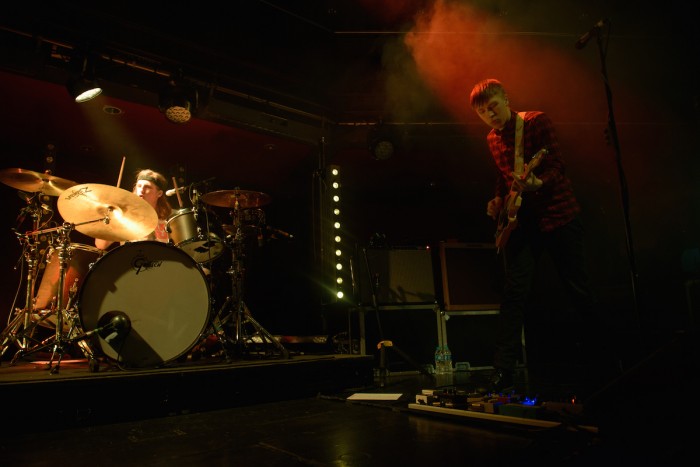 Not a conventional venue for Drenge, yet both Drenge and PINS continue to lift the roof at the Sage tonight, with a phenomenal display of noise and power, leaves our ears ringing but our hearts content.

Tonight sees a rather different evening for the Sage Gateshead, as they play host to two of the finest new bands around. In a venue renowned for its orchestra and incredible acoustics, and having recently played host to the phenomenal 6 Music Festival, Drenge are a band that could be classed as being out of its remit. However upon entering Hall Two this evening, they’ve obviously catered well for this evening’s crowd with a barrier in place.

Having been in this venue many times, I’ve never seen it this way it’s almost like they’re bracing themselves for a raucous whirlwind of noise. That’s not all that far from the truth, as Manchester’s finest PINS take to the rather cramped looking stage. They set about this rowdy crowd, in a rather intense glittery fashion. With a new album prepped for release and ready to be unleashed on the unsuspecting public – spoiler it’s incredible!

Tonight sees the girls debut a variety of new tracks; in the usual visceral fashion they’re on fire. However, there is one track, which stands head and shoulders above the rest, Young Girls is not their most aggressive work, but there’s a brilliant sound to it. Lead singer Faith serenades and snarls throughout the set as she delivers her poignant lyrics.

PINS set flies by at what seems like double pace, yet they cram in so much in a very short space of time. As they make way for Drenge, I’m left brimming with excitement. Last time I saw Drenge I was left feeling a little disappointed due to the gargantuan stage they were playing, tonight was a much more intimate affair. 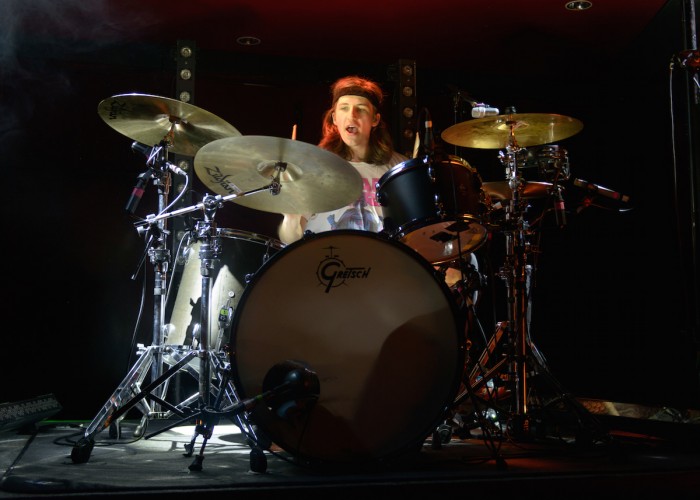 It doesn’t detract too much from the guys set, but it isn’t the greatest yet Bloodsports makes up for it. As it sounds incredible this evening, just like PINS before them though Drenge’s set moves a long at an incredible pace. The Sage sees its first real pit as young audience members reach fever pitch during Undertow.

With this new lineup Drenge seem to be trying to increasingly emulate Nirvana, the latter part of tonight’s set is completely reminiscent of the Seattle band. That said it’s not a bad thing, and overall tonight is an incredible experience, Drenge have turned what is normally a very well respected venue into a sweaty pit of teenagers.