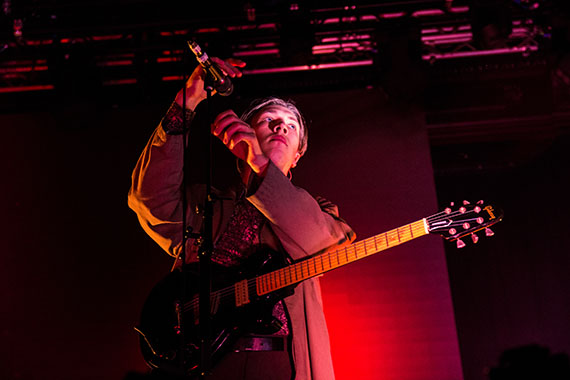 Will Metcalfe reviews Drenge’s show at The Ritz

Have I grown up or have the class of 2015 indie bands failed to? Am I too big for a moshpit? Is review writing in the first person ever appropriate?…are only but a handful of the questions prior to tonight’s gig. More questions surround the heart breaking drop out of The Wytches, a support which would cement the ideal line-up for the class of 2015 Indie Twitter reunion tour. Now it’s just another Drenge show. Not that that’s a bad thing…surely?

Unlike The Wytches, tonight’s replacement support band, Valeras, are on currently on stage. They’re definitely present. They’re providing something that forces you to have to speak ‘another pint’ directly into your friend’s ear at a close proximity. Standard indie-stortion stuff. There just isn’t anything about them that makes you want to be intrigued by them, and it doesn’t feel like any song differs from the next. No-one ever said that you shouldn’t trust a band who don’t break a sweat. Don’t let that stop you from taking such advice.

Looking at the crowd, you’d have thought it was a Lily Allen concert: there’s a bloke speed-walking around in a vest and shorts which provides the feeling of being part of a Monty Python sketch. There just isn’t one set demographic here; just a lot who can’t make their minds up. Gig-betweeners if you will.

Half 8 rolls around and GOSH. Now there are four of them! They’ve officially doubled in size since they first came about. Different Creatures smoothly collect the crowd in a mature manner. Autonomy follows, seeing the frontman-half of the Loveless brothers excel at being just that; it’s the first time he’s had chance to perform without an obstructing instrument to hide behind. 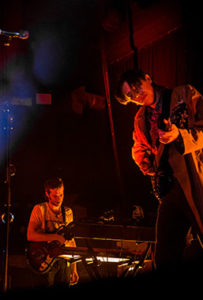 The crowd has remained relatively calm until this point. Face Like A Skull kicks this into check, followed by Never Awake and This Dance, ensuring that pints are being flung. Drenge have a distinct knack of writing songs with THAT swing to it: that everquickening head bob that seeps through into your shoulders and knees. An interesting rewrite of Backwaters provides something is quite…stonery? Almost?

The anthemic Running Wild ensures a swimming pool pit rips the Ritz in two. A perfectly weighted setlist brings out material of all three albums, whilst ensuring a coherency of energy throughout the set, spelling a perfect gig for any Drenge fan. We Can Do What We Want fails to stop the pit gaffers from urging people to GET BACK before rubbing their arses and outstretched arms across as many unlucky people as possible. The song does apply to everyone I suppose. The spoken word spitting of Bonfire of the City Boys leaps and lags over the cemented, rigid bassline. Within the contrast of these songs, there is a common denominator: Drenge can write a fucking chorus.

Although the encore is somewhat predictable, it seems pretty spontaneous. With the rest of the band being excused for bladdery reasons, the original two-piece are left on stage. A smile spreads across Eoin’s face before he turns to his brother Rory. If it was anything but Bloodsports, despair in the crowd would have made up for its lack of presence in the set, in quite literal terms. And to finish off, phones come out and the OG Indie Twitter kids take to their mates shoulders and crowd surf the remainder of the set away to none other than Fuckabout. 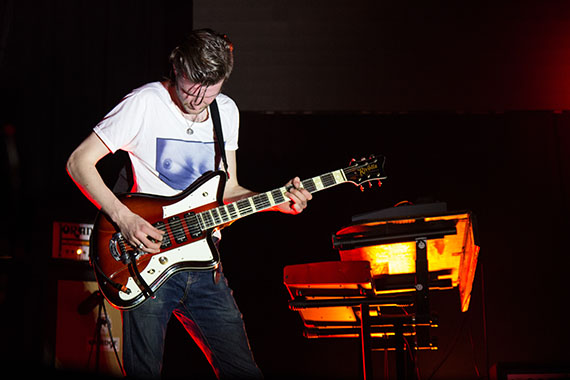 Well a big fat fucking no to the questions listed in the intro. Indie Twitter may have died with the imprisonment of one setlist-stealing, band member-stalking individual who shall remain nameless. If you know, you know. But Drenge live on. They’ve grown up more than what most would give them credit for. A lot of good tunes with a live show which capitalises on the quality. So yeah…good gig.