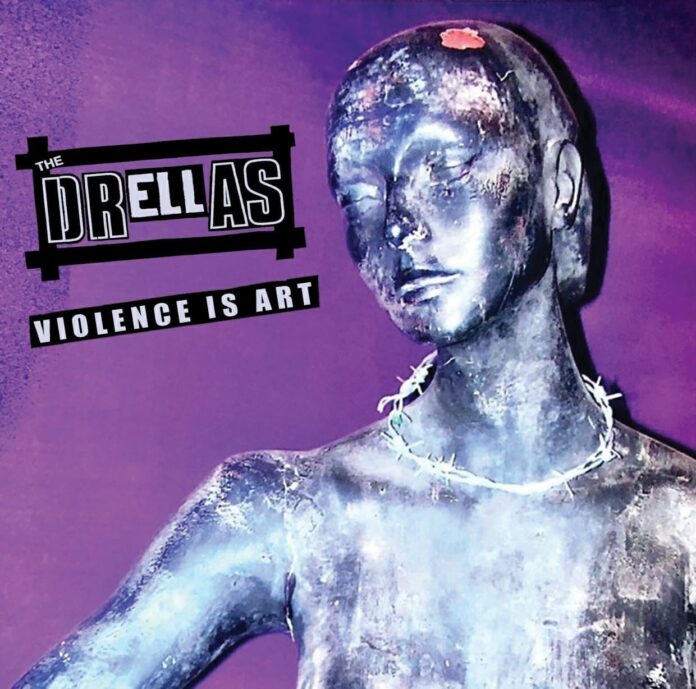 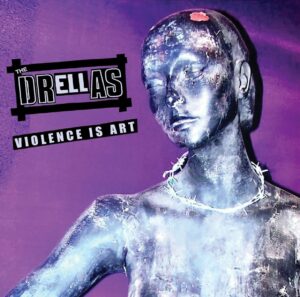 The Drellas to release long lost album Violence Is Art

The Drellas were formed in 2005 by Tommy Scott following the then break-up of internationally renowned Liverpool band Space. Scott sought an outlet for his darker and heavier side, drawing inspiration from the Post-Punk and Gothic Rock records he had grew up on.

A lone 7″ Violence Is Art was released in 2009 via Antipop Records and Melted Head Records, this was well received and promptly sold out of its initial pressing. The Drellas played numerous gigs, and were gaining a great deal of critical attention. Despite this, a promised album never saw the light of day; the band were briefly renamed Tommy Scott & The Red Scare, before morphing into the second incarnation of Space in 2011. Space continue to tour and have released a raft of imaginative mutant pop records via the Hug Record label, the most recent being the album Music For Pleasure Music For Pain which came out in 2021.

Now, AV8 Records are set to release that lost album, entitled Violence Is Art, the album is being released on CD and Limited Edition vinyl.

The Drellas to release long lost album Violence Is Art