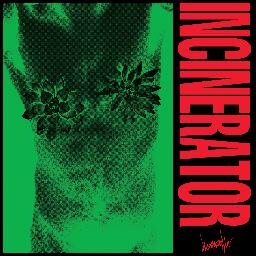 Dreamcrusher is one of those artists who, on the face of it at least, creates music that is futuristic and new yet underneath the blown speaker textures that cover this entire album, there lies someone enraptured by the dance music of the past and present, whether that be acid house, techno, or even early dubstep.

Listeners are thrown around, slapped about, and then kissed gently lulling them back into this gloriously hellish world only be treated eaxactly the same time and time again. This trick is pulled off nowhere better on the album than on highlight Pseudgender which opens with black ambience before a Godzilla roar launches into some extreme terror drill and bass. As the track progresess we are introduced to some stop/start sections that set us up perfectly for the steel whip two step crack pasth that the rest of the song takes us on. Pseudogender also lets more light in and doesn’t overdue the equalisers in the red effect with which some of the album can use a bit to much.

Other highlights include the delicate moments of clarity that give you (vital) seconds to breath on Cathedral of Moths, the Yeezus on steroids dubstep of Vulpeulae Freeze and certain sections of the colossus title track. Speaking of which ….

The title track is a perfect encapsulation of the album as a whole. Its twenty one plus minutes encompass moments where it feels like the evil, nastier, younger sibling of Modeselektor’s Kill Bill Vol. 4, and there are also moments of relentless gabba-jabba heaven. In fact, relentless is the word best used to describe Incinerator. It is a sheer test of stamina from start to finish and whilst that does create moments of pure magic and forces you to dig deep to get the nuisances brewing underneath, it can also be a distraction. If a couple of tracks defected away from the overriding blown speaker like production, it may gather a larger audience.

In the end though, you get the sense that Dreamcrusher is not all interested in pleasing the masses, he is an individualist who is creating art on his own terms, and if he continues to make albums as good as, or better than, Incinerator then we should all keep our eyes and ears on this remarkable person.