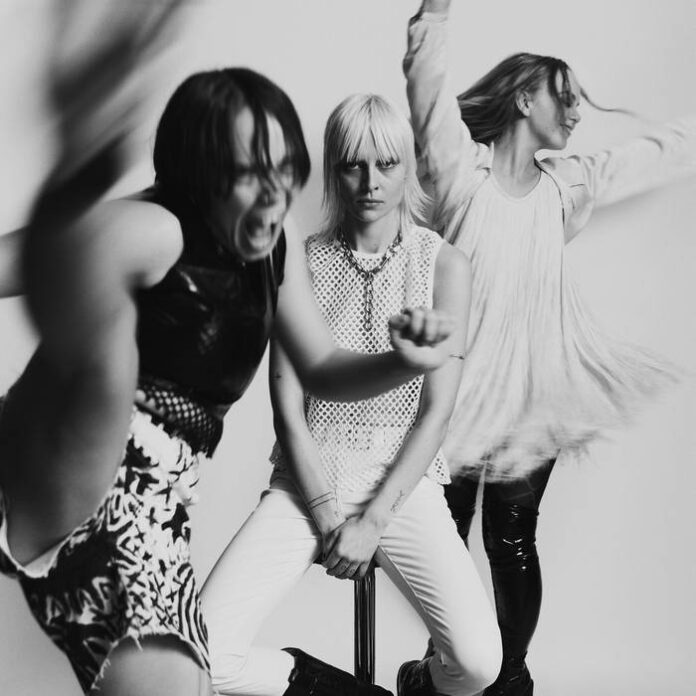 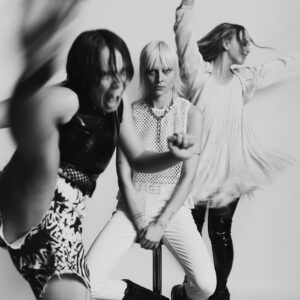 So When You Gonna…

A powerful and varied second album from the three-piece Dream Wife is out now. Dave Beer reviews it for Louder Than War…

Let’s start at the end. The closing track to Dream Wife’s second album So When You Gonna… is such a fragile thing. For a final track to a steely LP it’s not what was expected. After The Rain is a delicate full stop to a sharp and vivid collection of songs. The sense of vulnerability is hard not to get caught up in. A brilliant track. An LP that kicks-in with the stomping opener Sports! finishes by blowing away gently with the breeze.

Those two tracks are appropriate book-ends. As a start and endpoint they capture the mixed feel of the album. The varied styles and mixed dynamics run through it. Gentle and subtle at moments but dominated by striking and steely riffing, this is an eclectic piece of work. This is a band in creative motion. The result is incisive and arch, a collection of pointed and direct songs.

As a scene setter, the opener Sports! is an agenda setter. A strange mix of choppy guitar and playful sloganeering. It crams in a kind of baffling manifesto of bits. “Put your money where your mouth is” they challenge. “Serve it, smash it, win it, own it”, they demand. “Never apologise”, because, they claim, “these are the rules”. It doesn’t end there, or start there either.

Maybe, as a first track, it is too self consciously making a statement, yet it somehow works. Listening back, you start to wonder which bits are the demands of the band and which bits are them reflecting back the uncomfortable demands and rules placed on them. There is a reflective quality to this album, far from being produced in a vacuum this is a band reacting to their environment and its pressures, expectations and restrictive rules. The sport metaphor allows them just one way into something that steers the album.

As they confront those pressures, the songs respond in different ways. Validation draws on a grungey loud and quiet sound whilst contemplating the need for approval. Temporary is a smoothish piece of pop, an almost jangly journey through feelings of precarity. One of those tissue paper moments that returns later at the albums end point. U do U slows things down even more, a steady amble through identity and reliance. Old Flame is a ticking reflection on loneliness and nostalgia. The title track is a sharp, trill and spiky interlude – perhaps the song that is closest to the sound of their 2018 debut album. Hold On Me, the penultimate track, steadies the pace a little with a restrained take on constraint, before wandering into that final hushed statement of After The Rain. A haunting conclusion.

There is much inbetween these moments. Despite the variety the collection remains coherent. Stylistically eclectic and varied in tone, yet there remains a spine of Dream Wife’s sound that holds it together. There are properties that unite its elements. It has elements of punk and grunge in the sharp riffs, and a pop sensibility both in the melodies and quirky hooks. Across the album there is also a certain echoeyness and a feeling of space in the rhythms. The sound retains a live and uncluttered feel. There are rushing moments, bursts of energy, but they never feel hurried. Overall, there is a thoughtful, reflective and introspective quality to their sound too.

On Sports! Dream Wife adopt a mock voice-over style: “Choose your player, player 1, player 2, on your marks… and away they go”. Making music is a precarious and perilous thing, especially at the moment. To carry on Dream Wife’s gaming metaphor, the words “Game Over” are far from their minds. This is a collection of songs that explores and roams in a way that defies the game and its rules.

Dream Wife are on tour next year, more information about their music and gigs can be found on their website.

Words by Dave Beer. Information about his writing can be found on his website.