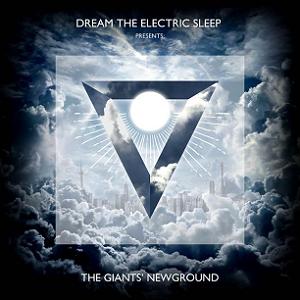 A lost album from 2008 emerges as the guys from Dream The Electric Sleep delve back into their brief history.

2016’s Beneath The Dark Wide Sky opened the door to DTES, a band who formed in 2009, although for The Giants’ Newground we travel back to 2008 when Matt Page and Joey Waters first combined as writers on a project.

It’s a brave move when a band looks back on its fledgling efforts, yet the chance to reflect and revisit that band’s origins is an appropriate time to mark their tenth anniversary.

As the springboard for DTES, The Giant’s Newground is a collection of shorter pieces of the guys finding their feet, although The Stage runs over seven minutes and there are obvious passages where you can pinpoint the origins of their progression into a more experimental style. Almost naturally, there’s an element of present day tweaking and retracking mixed with many of the original takes updates the material while maintaining the original intentions and feel.

Based on a series of Appalachian Jack tales read to Matt Page as a child running thread arcs through the album, the character of Jack drifting from place to place. In the same way, the music travels several different paths in 16 tracks that never remain in one place longe enough to be comfortable, shifting gear and changing pace, with shorter interludes punctuating the flow, whilst the trademark of spacey textures is starting to make its presence felt.

The brief two minutes of Home sets the scene with a gentle rhythm that evolves into a crashing widescreen soundscape – a statement of intent that you’re going to encounter a series of arrangements that won’t conform and might throw a curve ball here and there.

The charm of Father Francis could come straight from the Pete Townsend songbook, offering the sort of melody that wouldn’t be out of place on Quadrophenia (The Dirty Jobs springs to mind), tempered by a glimpse of their heavier potential as This Is My Crowd climaxes on a frenzied tide. The River Current offers something more reflective – It’s almost a love song with a relaxed jangling guitar perspective before they channel the Floyd with a searing solo.

Elements of invention and ambition keep cropping up and as a reference point to the direction the band would take over the next decade as the basic rock of Soulful develops into a contemporary indie vibe and instrumental section before heading out on a huge climax and sustained chord. Like Appalachian Jack, the search for shelter and sanctuary was to result in the form of Dream The Electric Sleep; The Giants’ Newground serving very much as a guiding light.

Here’s the trailer for the album: