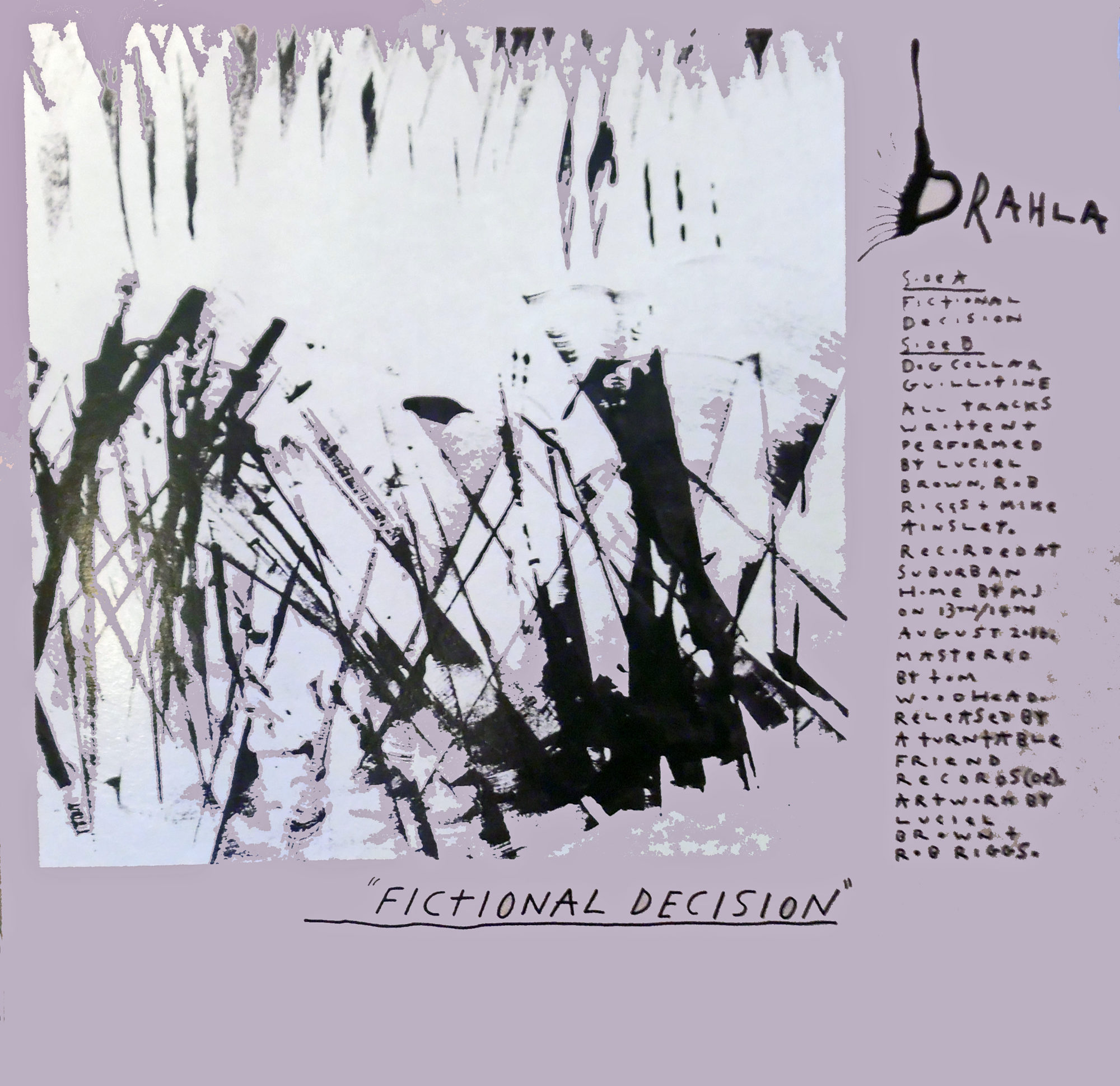 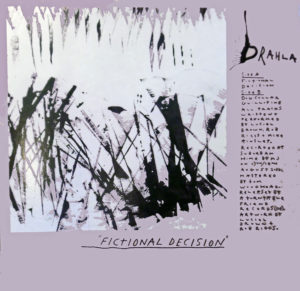 A Turntable Friend Records existed from 1990 to 1999 and traded predominantly in twee-indie pop. So it was with a raised eyebrow that I quizzically learned of this new 7inch, the labels first release in 17 years. It’s also quite a welcome stretch and dramatic change of direction from the labels’ previous forays.

Leeds / Wakefield noiseniks Drahla’s debut 7inch contains two shiny tracks on one shiny silver vinyl disc, and is a wonderful and promising start for the band.  I quickly fell hard for their charms. The bands’ sound is menacing yet playful. The A side “Fictional Decision” revolves around a bass heavy hypnotic riff and a pounding beat. The vocals on side A, supplied by Luciel Brown, are engaging and set to draw you in. Half spoken and half sung, they sit on the verge of melody with the delicious uncertainty of potential combustion alongside the guitars’ kinetic outbursts. Vocally the immediate reference that comes to mind is Kim Gordon. Which may be a little lazy and obvious on my behalf… Drahla don’t quite scale the claustrophobic self-indulgence of Sonic Youth by sticking to a more pop-orientated path, and it’s darn catchy stuff for sure. On the flip “Dog Collar Guillotine” is sung by guitarist Rob Riggs. His vocal style brings to mind a long lost Pavement melody, topped off with shards of icy cool post-punk guitar.

The production, by MJ of the band Hookworms, is great. I love the drum sound, it’s poised and powerful. This is beautifully balanced and brutal pop music, and wonderfully packaged to boot. (I am not sure I have seen a 7inch single that has merited its own printed spine before? That’s kind of fancy!).

It’s a cracking debut, and more than worthy of future exploration.  The band has just released their 2nd single for Too Pure. I am sure the LP, when and if it finally arrives, will be essential.